Back on home soil next up in the Sky Bet Championship as we welcome Luton Town to Oakwell - it's time for the preview.

With Tuesday night seeing the Reds defeated once again on the road, it will be a case of looking for some home comforts on Saturday when Barnsley host Luton in a 3pm kick off.

The 2-0 defeat against Birmingham City in midweek means the Reds are now winless in four matches for the first time during Head Coach, Daniel Stendel's tenure. 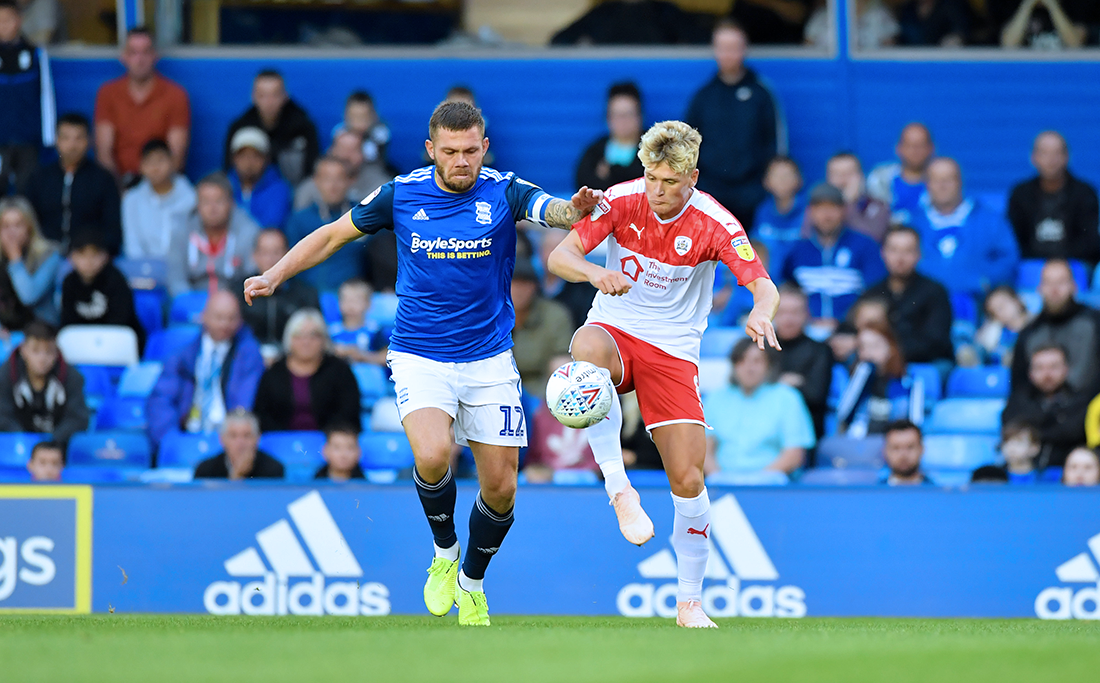 With all four points this season gained at Oakwell, the German will be looking for his young side to put in a more pleasing display against a side who themselves are searching for the sweet smell of success.

There was no Cauley Woodrow at St. Andrew's during the week, with the marksman picking up a knock against Charlton Athletic last weekend. But it's thought that he ought to recover in time for Saturday and the visit of his former club. 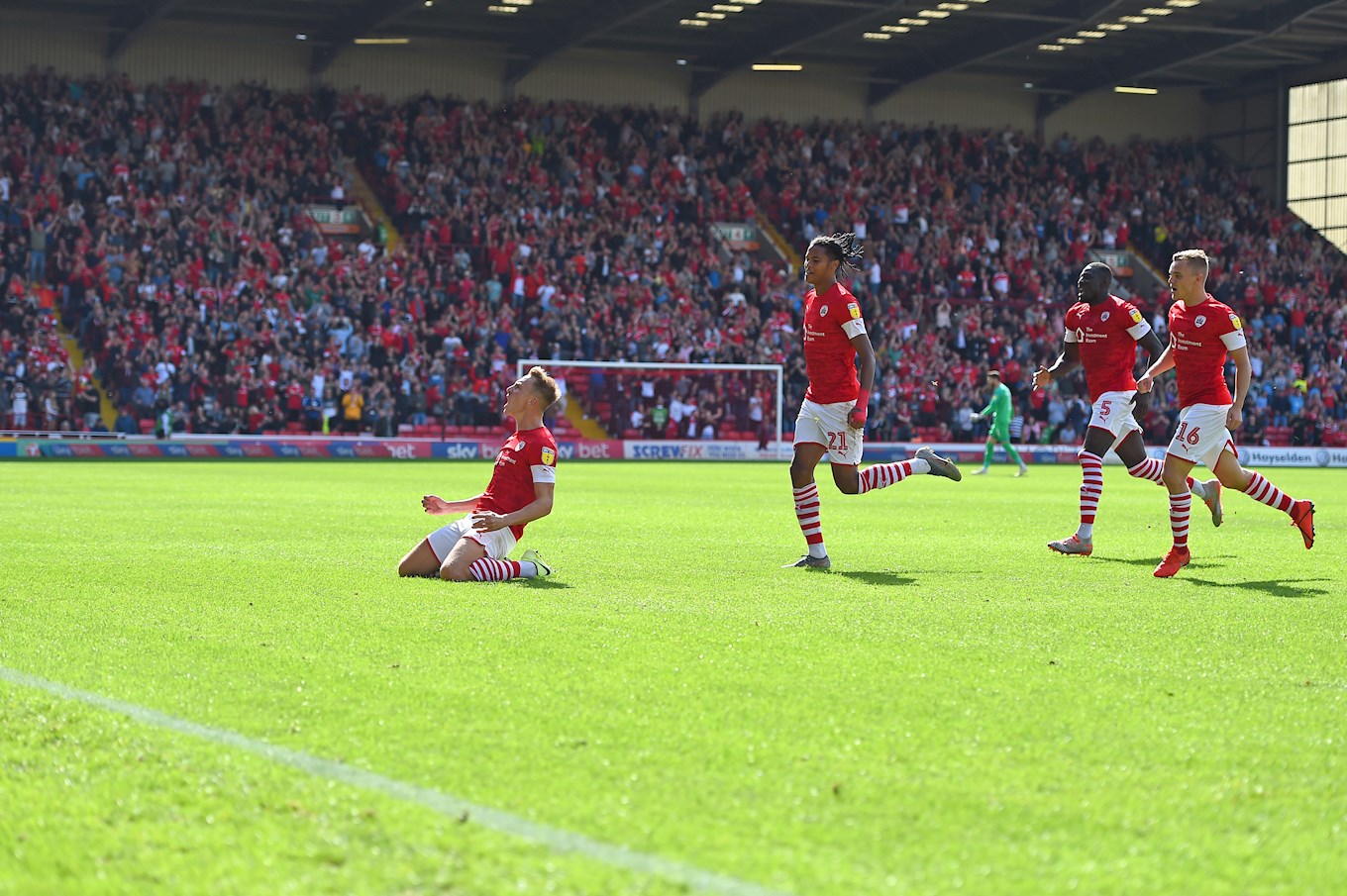 Midfielder Alex Mowatt returned to the side after missing the previous two games; Dani Pinillos was back in the squad for the first time this season and there was a brief debut from the subs bench for striker Patrick Schmidt.

Places are up for grabs according to Stendel as he searches for the winning formula.

Meanwhile, both First Team Coach Dale Tonge and full back Ben Williams spoke to the assembledc media in midweek as they previewed this Saturday's clash with the Hatters.

Both their pre-match press conference videos can be watched now on iFollow Barnsley.

In terms of our opponents this weekend, the Bedfordshire outfit are without a league win in four attempts so far this campaign.

Off the back of last season's outstanding title-winning season, finishing just ahead of the Reds in League One, the Hatters - under new boss Graeme Jones - reshaped their squad. 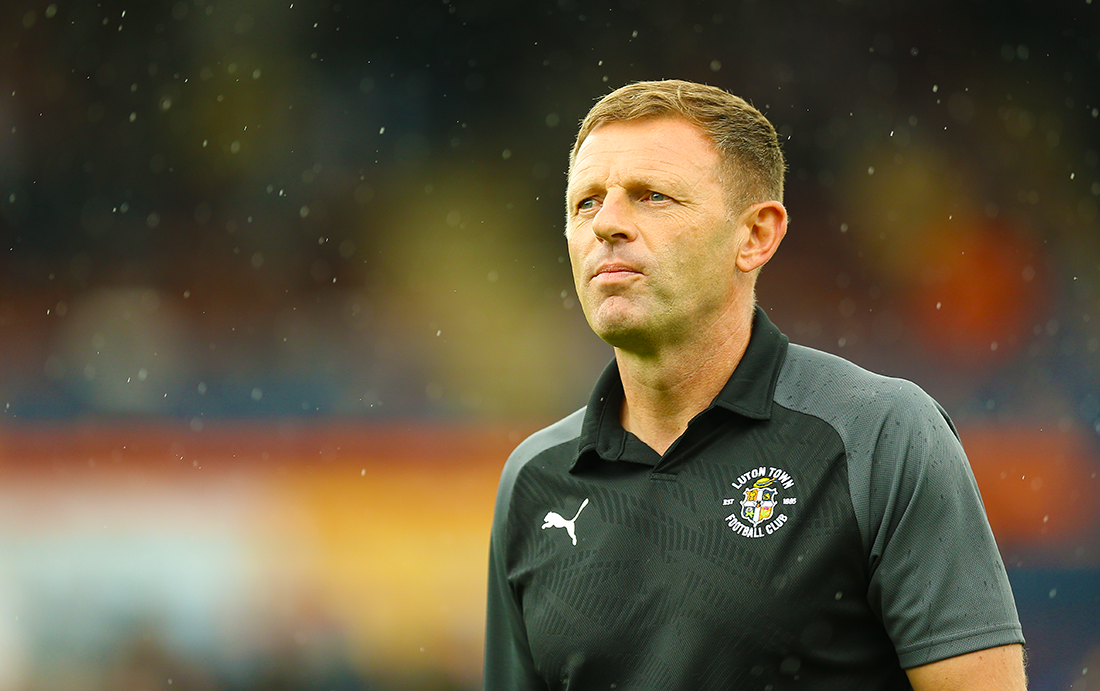 Using the free transfer and loan market in the main, Luton recruited a number of players with vast experience in the Championship, with three of them very familiar to Barnsley supporters in particular.

Defenders Martin Cranie and James Bree were not too long ago plying their trade at Oakwell on a weekly basis, and whilst the former is unlikely to play this weekend after suffering a knee injury in midweek at Sheffield Wednesday, on-loan Bree is likely to make a return to his old stomping ground. 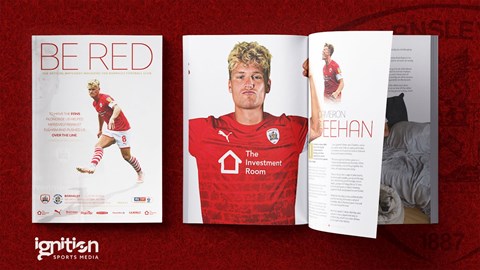 As is versatile midfield man Jacob Butterfield who was once a purely attack-minded playmaker when captaining the Reds some eight years ago now, but now sits in front of the defence, dictating play from deep. 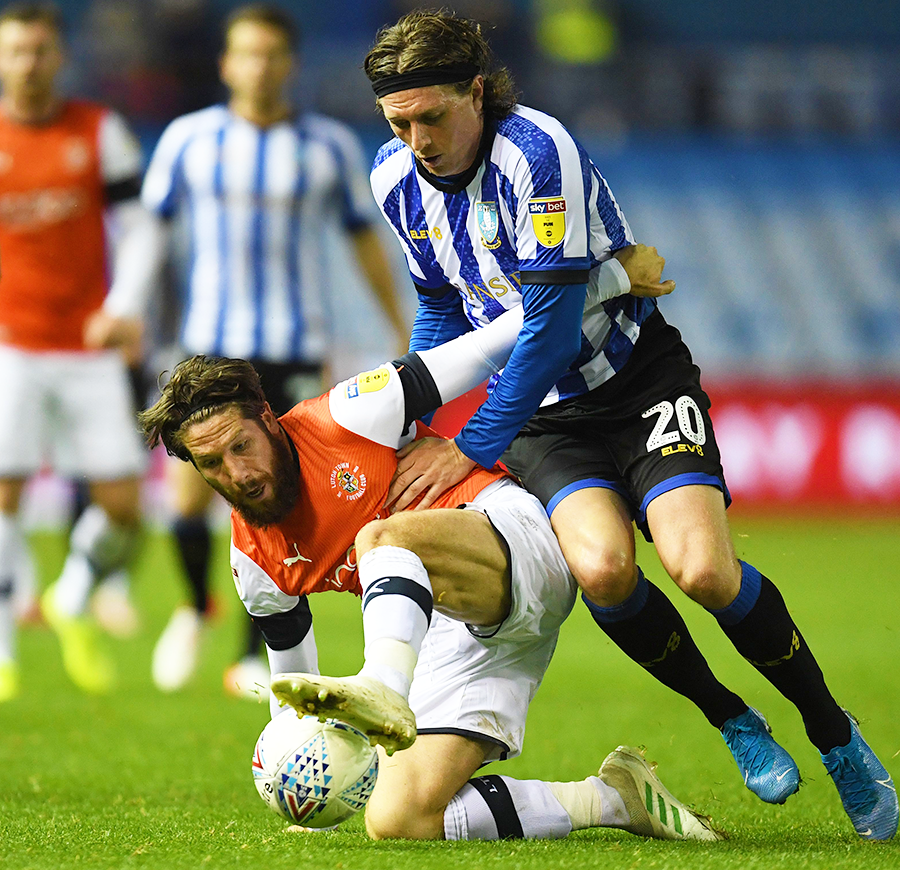 With Ryan Tunnicliffe, Matty Pearson, Luke Berry, Elliot Lee and George Moncur also on the Luton books, there's going to be a fair old reunion feel about the place this weekend!

Despite three consecutive defeats for the Hatters, it's said that they've been very unlucky to lose all three. And they did knock out Ipswich Town in the Carabao Cup whilst also drawing with Middlesbrough 3-3 on the opening weekend. 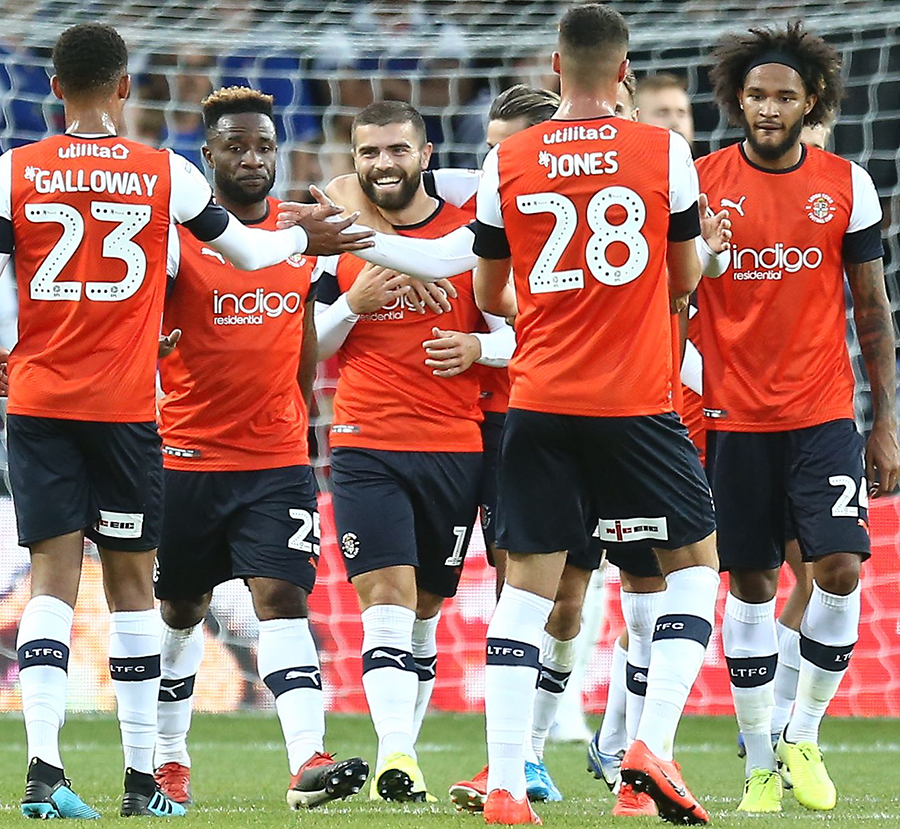 They went down in injury time 2-1 away at Cardiff City two weeks ago, 2-1 again, this time at home to WBA last weekend despite leading at half time, and then last time out in midweek they dominated Sheffield Wednesday at Hillsborough only to see an error in defence gift the Owls a 1-0 win and all three points.

The Championship is an unforgiving division and both sides this weekend will be looking at this clash as one that could kickstart their season if a positive result is secured. 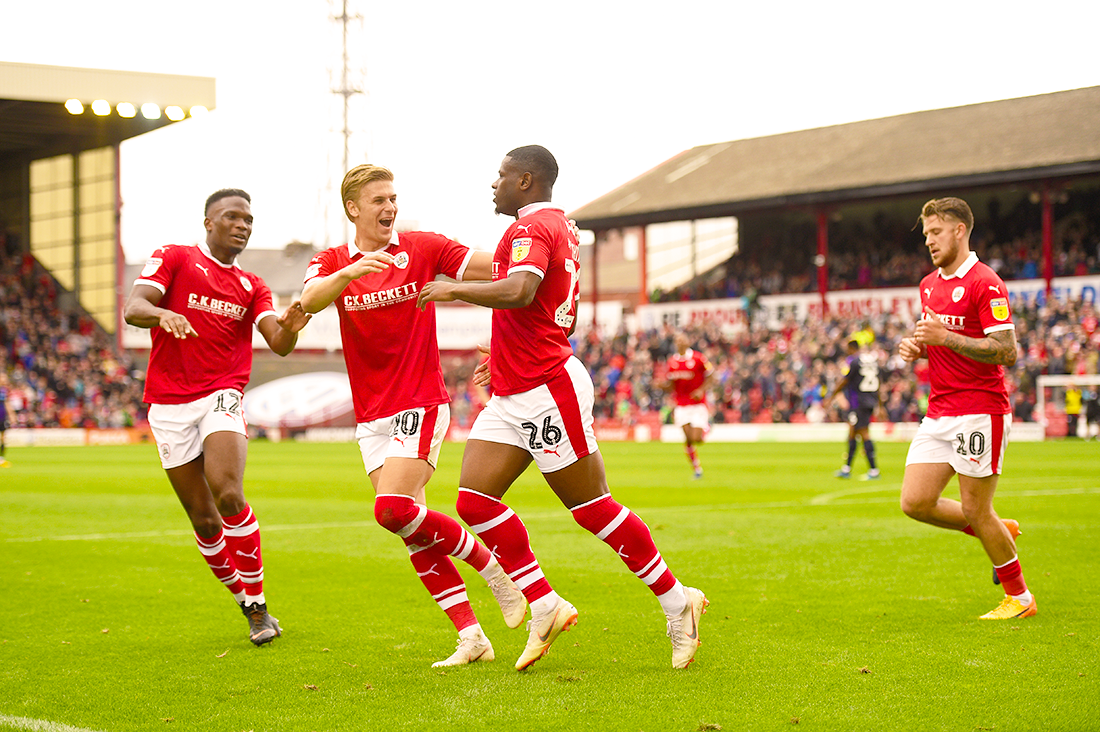 Last season Barnsley took four points off Luton; 3-2 winners at Oakwell in front of the TV cameras before a 0-0 stalemate at Kenilworth Road on New Year's Day.

During the summer reciprocal pricing was agreed with our visitors and so on Saturday tickets are just £20 for adults, £15 for seniors and students and as little as £5 for juniors.

If you can't make it to the match, we will have LIVE and uninterrupted commentary for our UK subscribers to iFollow Barnsley, whilst our overseas supporters can enjoy the full match stream by purchasing an overseas match pass. 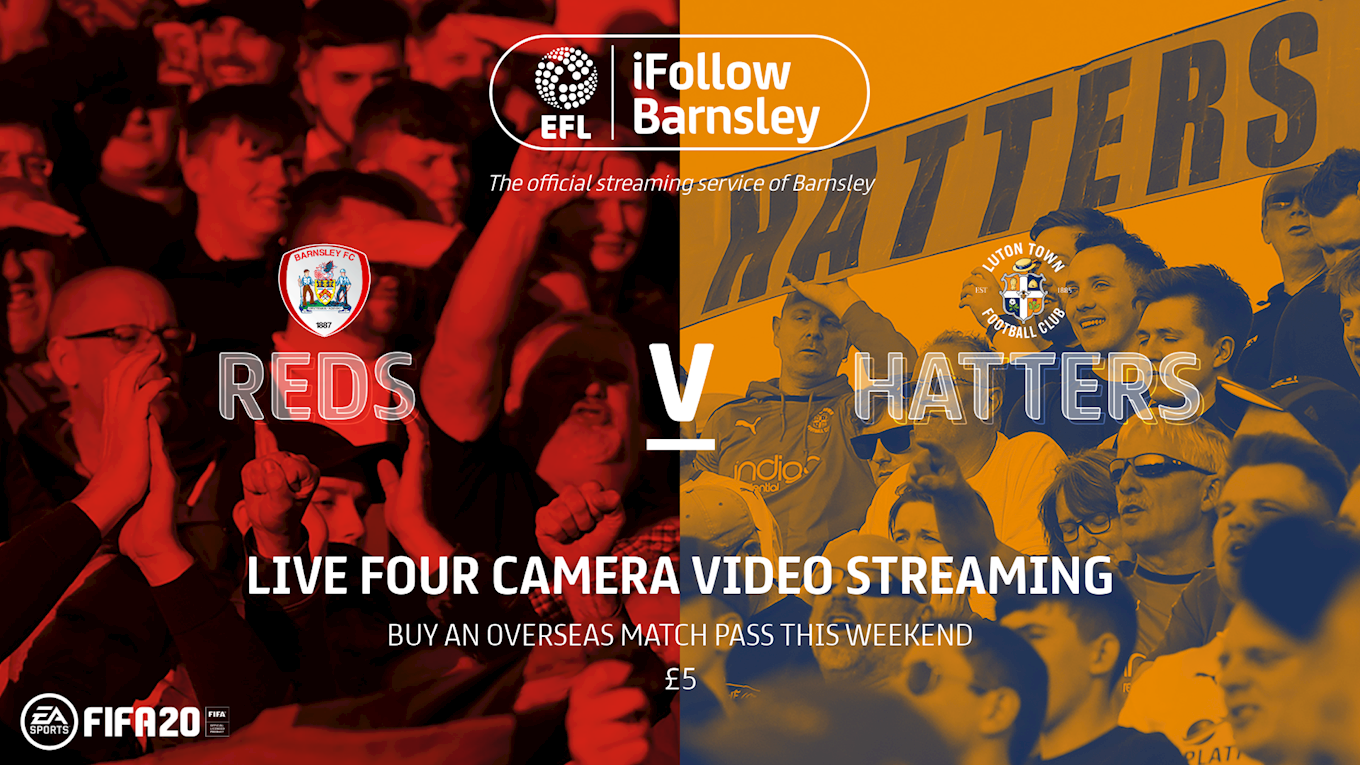 Don't forget that at Oakwell it's more than just football served up on matchday, and from 12pm this Saturday you can visit the Reds FanZone behind the Investment Room East Stand where a selection of alcoholic and soft drinks will be available, good food and live music whilst you can also expect a member or two of the Barnsley FC squad to pop by and pose for photos. 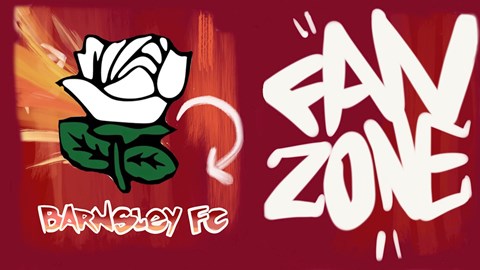 Then, at 1pm Toby Tyke's Kids Club opens! Situated in the Ozone Centre, alongside Main Reception in the South Stand, this is where all children under 13 are free to come and play pool, table tennis or take on our FIFA 19 expert Lewis Hawley!

Please see the following article HERE for all the information on everything we have going on this Saturday when we welcome Luton Town to Oakwell in the Sky Bet Championship. 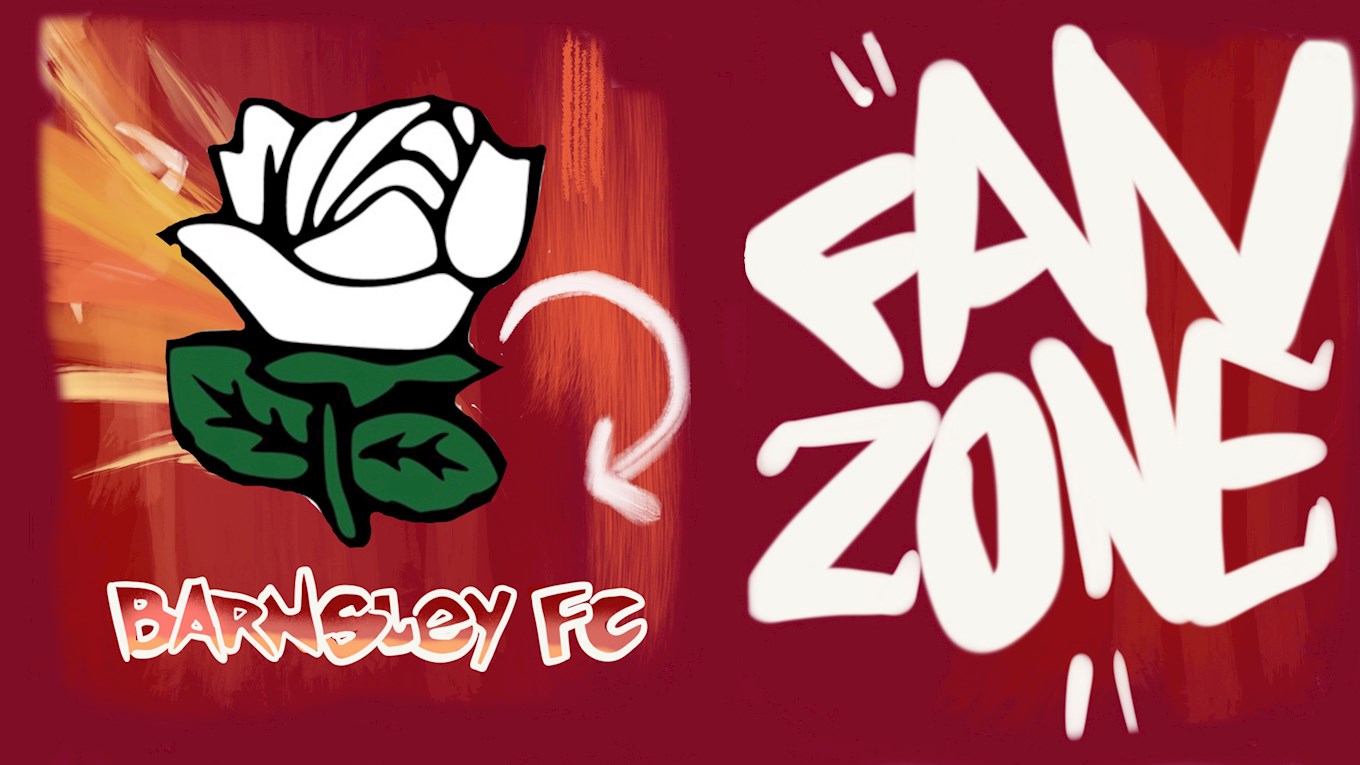 Daniel Stendel's side are well beaten in the Sky Bet Championship.

A first half horror show saw the Reds put to the sword by visitors Luton Town at Oakwell.

Goals from former Barnsley midfielder Jacob Butterfield, striker James Collins and Harry Cornick saw the Hatters go in at the break three goals to the good.

It took just two minutes for the deadlock to be broken and it came when neither the 'keeper or defence could deal with a cross from the right and the ball dropped for Butterfield on the edge of the area who fired home with power, left-footed and into the bottom corner.

Three minutes later and the lead was doubled. This time Collins nudged home on the line after fine work from another former Red in James Bree.

There were further chances for Luton, but Matty Pearson and Collins saw headers saved by Sami Radlinger and Butterfield saw another drive blocked on the line by Toby Sibbick.

Nothing came in return from a lacklustre Barnsley before the third goal arrived on the half-hour mark. A set-play from the flank wasn't dealt with and Cornick smashed home from close range for 3-0.

Both Dani Pinillos and Mads Andersen were hooked at half time; Ben Williams and Jordan Green introduced.

It was an improved second half showing but it never really looked likely to turn the result around.

Mallik Wilks and Mama Thiam saw Hatters 'keeper Simon Sluga deny them with shots from the edge of the box, before a Wilks header flew a yard wide.

Sibbick then saw his own header - a bullet of a contact - zip a foot wide from a corner.

Bambo Diaby was stretchered off to be replaced by Aapo Halme midway through the half. It looked a bad one.

The Reds did claw a goal back, with 15 minutes left on the clock. Alex Mowatt pulled a ball back from the byline and Wilks was on hand to slam in for 3-1.

Barnsley pushed forward in search for a second goal and the blistering pace of Green caused the Hatters' defence problems as he continued to drive towards the byline or cut inside.

However, the hosts were unable to find a way through a stubborn Luton backline, despite the best efforts of Luke Thomas, whose energy and dynamism didn't go unnoticed by the Oakwell faithful.

Attention now turns to next weekend and a trip to Wigan Athletic.