The Reds welcome the Sky Blues to Oakwell on Saturday 30th March for a 3pm kick-off in Sky Bet League One and we've got it covered with our big match preview.

After last weekend's dramatic victory in Walsall, it's a return to home comforts for Daniel Stendel's high-flying Reds.

That success in the West Midlands last time out was secured in the 92nd minute with the returning Jacob Brown firing home at the second attempt to send Barnsley four points clear of third place Portsmouth. 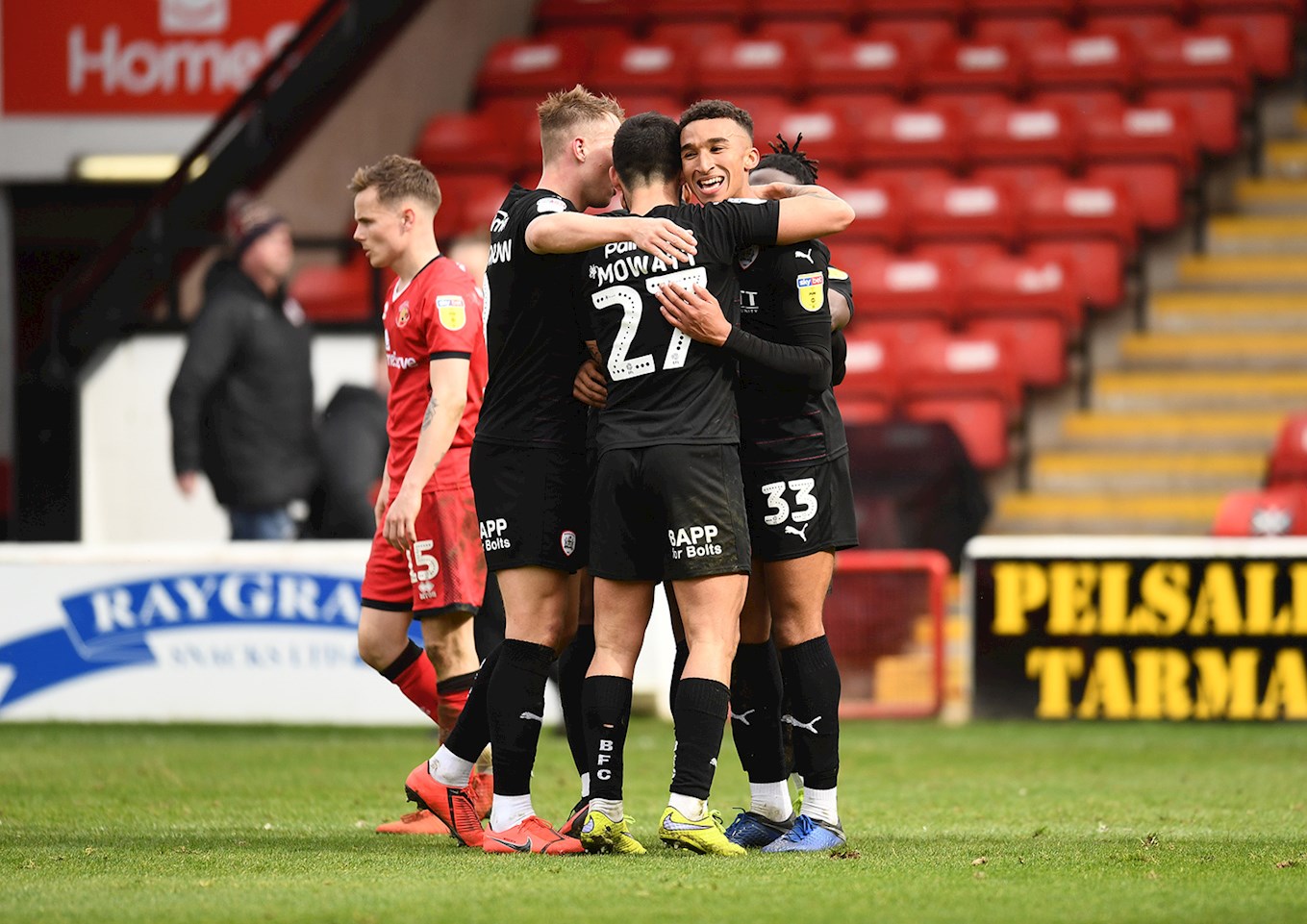 Despite a few knocks picked up in a highly-competitive clash, there are no new injury concerns for Stendel to deal with. In fact, the Reds' Head Coach has been boosted by the return to training of left-back Dani Pinillos who has sat out the last two fixtures owing to an eye problem.

Also back in contention are Welsh duo Adam Davies and Ryan Hedges who returned from international duty with caps to their name and unscathed, much to the Reds' relief.

The three-point haul at the Banks's Stadium extended the run without defeats to 19 league matches, and the clean sheet achieved was the seventh in succession.

If the Reds earn another shut-out this weekend, they will equal a club record of eight consecutive games without conceding, a record set way back in 1955.

Robins' side come into this weekend's fixture sitting 9th in the Sky Bet League One table. They lost against struggling Oxford United last weekend but have won three of their last six games, including an impressive away victory over Peterborough United in their last outing on-the-road. 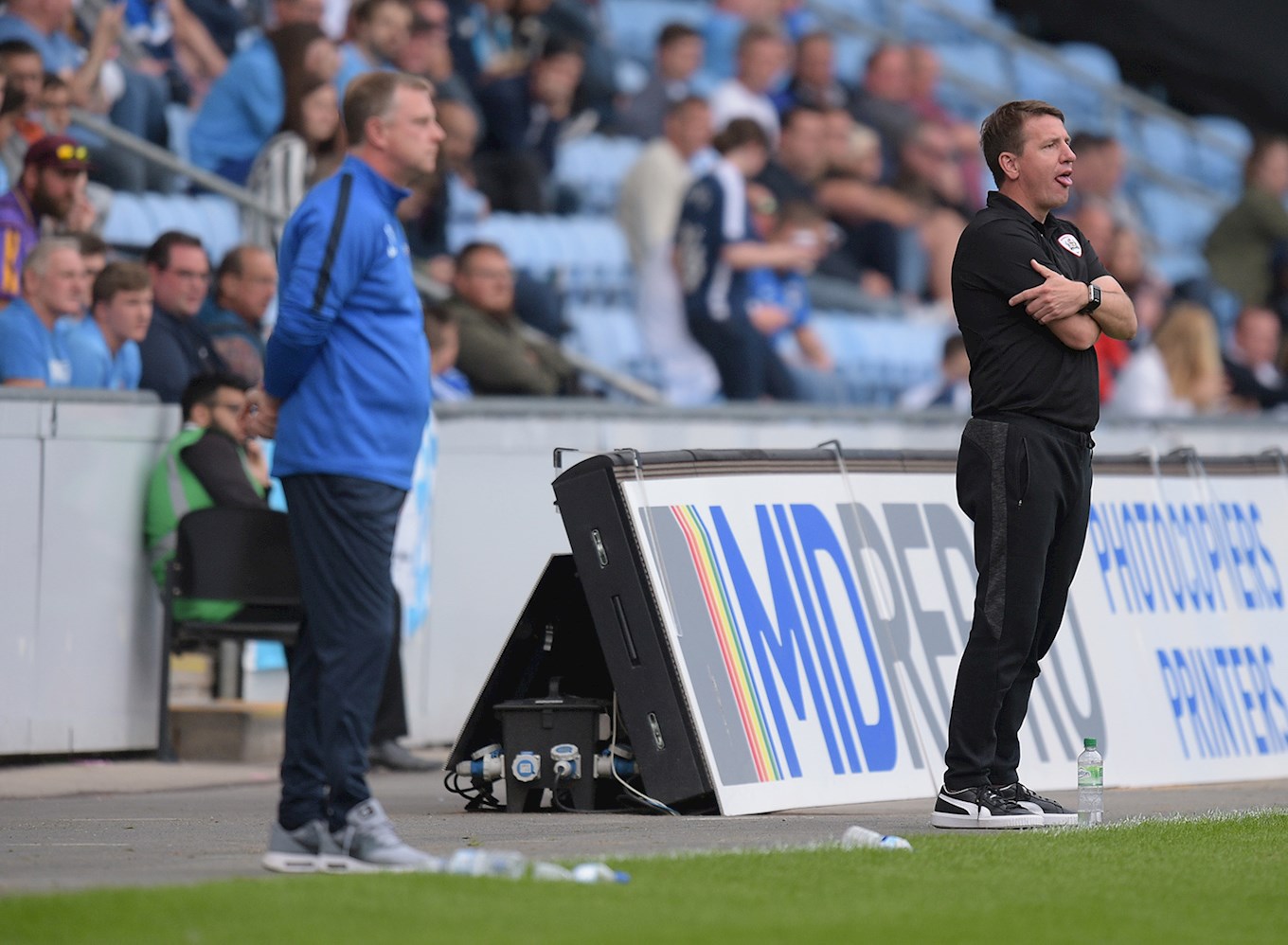 The former Reds supremo is enjoying his second stint as Sky Blues manager. Returning to Coventry in March of 2017, he won the Football League Trophy a month later and last season led the club to their first promotion in 51 years with their playoff final victory over Exeter City at Wembley.

Speaking ahead of the fixture, the Sky Blues' boss had this to say when speaking to the official Coventry City website.

“They are a really good side and I think they are probably one of the best sides we have played this season, clearly, they are in second place and unbeaten in 19 games.

“So, clearly, they are doing something right.

"We have a young squad that are still learning, tomorrow is a test and a good game, but I want it to be an examination of the Barnsley team as well, then it will make for a good afternoon.”

Included in the Coventry squad are likely to be exciting loan-talents, Luke Thomas and Bright Enobhakare. The former is a highly-rated winger from Derby County and has made a real impact at the Ricoh this season, whilst Enobhakare is on-loan from Wolverhampton Wanderers, having arrived in January and added to Robins' attacking options.

Ahead of the weekend, both Assistant Coach Dale Tonge and midfield maestro Cameron McGeehan spoke with the press at Oakwell and both of their pre-match press conference videos are available over on iFollow Barnsley.

Barnsley have lost just five of their 39 league fixtures so far this season and the first of them was at the Ricoh against Coventry, as a late Jordan Willis header settled an end-to-end contest that was high on entertainment.

But whilst the Reds' record away in Coventry is horrific, no matter the season, it's a much better record at Oakwell where Barnsley have run out winners in the last four home league meetings.

The first ever clash between the clubs was an Oakwell victory for the Reds, right back in 1920 when we ran out 2-0 winners in a Division Two game.

It's the 61st meeting tomorrow and Coventry have the upper hand historically with 29 victories to the Reds' 18.

It's honours even at Oakwell as the Reds are twice pegged back by the Sky Blues and have to settle for a point.

In a highly entertaining clash in the South Yorkshire sunshine, Daniel Stendel's side were left frustrated at full time as Coventry left Oakwell with a point.

The Reds' Head Coach had brought back skipper, Adam Davies in goal with Ryan Hedges also given a rare start in place of Mike Bähre.

The Welsh winger spurned a great opportunity inside seven minutes as he raced through on goal to collect a sublime Cameron McGeehan through ball but his vicious shot from the left side of the area was straight over the crossbar.

But the early goal did arrive three minutes later as some wonderful work on the left between Hedges and Mamadou Thiam saw the latter pull the ball back from the byline into the path of the onrushing Alex Mowatt who slotted home from six yards out to give Barnsley a deserved lead.

McGeehan and then Cauley Woodrow tried efforts from outside the box but shot wide and then over respectively, but it was all Barnsley in the opening stages.

But the Reds were made to pay for not taking their chances as on 35 minutes a cross from Brandon Mason wasn't closed down and after Ben Williams failed to deal with the high ball at the far post, Jordy Hiwula finished in style to equalise.

There was a late chance for Woodrow after good link-up play with Thiam, but the Barnsley number nine smashed the ball over the bar once more from the edge of the box.

The second half began like the first had with the Reds on top and creating chances; Woodrow again fired over when well-placed on the edge of the area.

But his goal eventually came on 48 minutes as he was on hand to calmly fire into the bottom corner after Hedges had cut the ball back to him with style.

A McGeehan effort from range flew over and Barnsley were well in control at that stage until when defending from a throw-in, Williams attempted to clear his lines but the ball ricocheted into the path of Luke Thomas in the box, he jinked into some space before curling home a delightful finish into the top corner to level the game once more.

At the other end, Williams tried his luck from way out and City 'keeper Lee Burge fumbled, but the defence hacked the ball away from danger.

Liam Lindsay hadn't put a foot wrong until his weak back-pass saw Bakayoko through on goal, but his attempts to round Davies only saw him run the ball behind for a goal kick.

There were sub appearances for Bähre, Jordan Green and Victor Adeboyejo but none of them had much of an impact on proceedings as the visitors in fact looked most likely to snatch a winner.

A header from point blank from Dom Hyam was expertly tipped over by Davies on 90 minutes and then deep into stoppage time, the captain again pulled off an amazing one-handed stop to thwart Bakayoko from a similar distance when it looked for all the world that he'd grab the winner.

A point not what the Reds were looking for, but it's 20 games unbeaten and another point ahead of the chasing pack.