The Reds return to Oakwell for a first home game of 2019 in Saturday's Yorkshire derby against Bradford City, and we've got it covered with our big match preview.

Despite that late defeat against the Clarets, the Reds were praised in all quarters for their performance so can take confidence into the weekend. 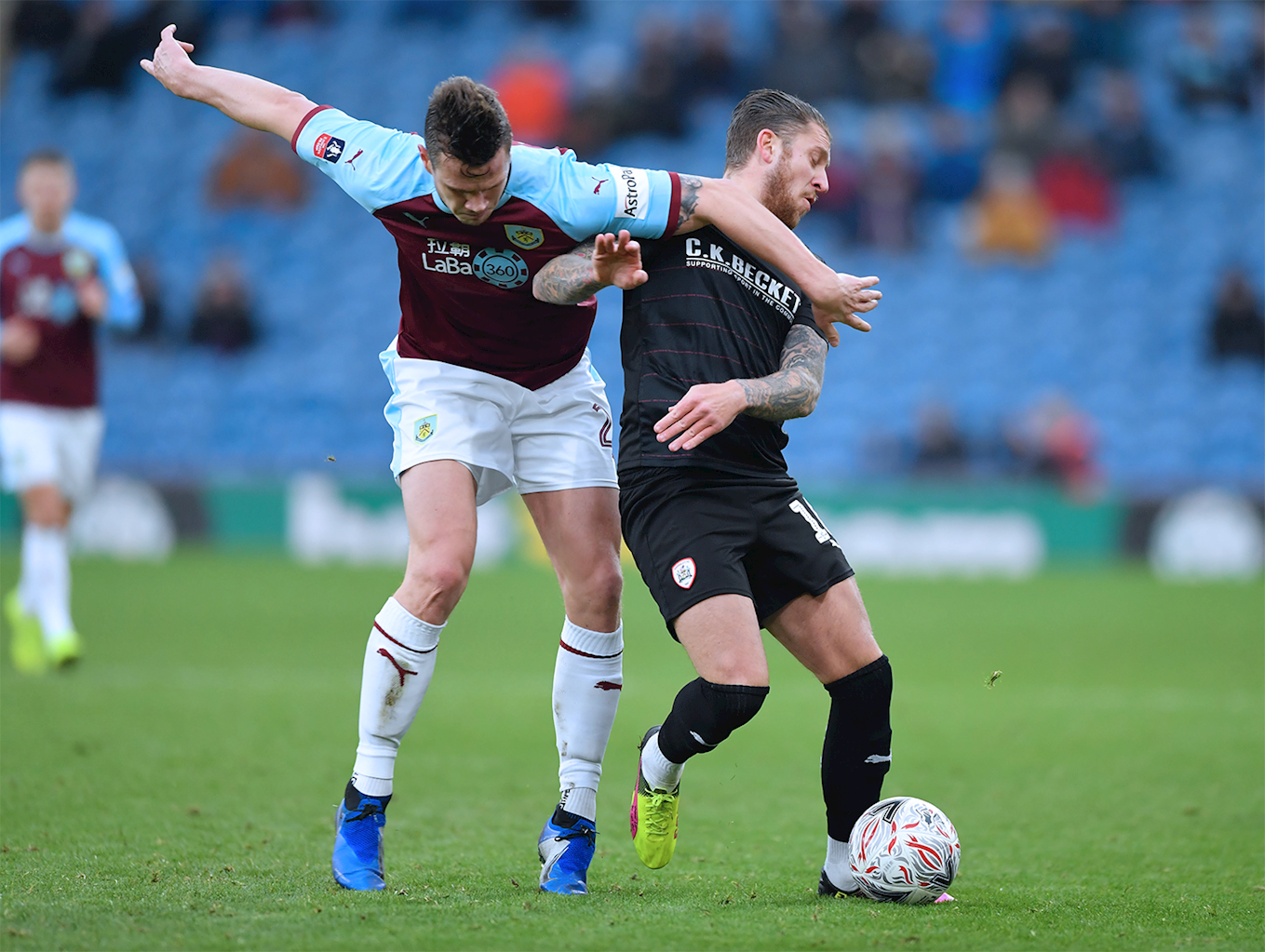 There are no new injury issues for Stendel to contend with - Ryan Hedges made his first start for six weeks at Burnley and both Dani Pinillos and Jack Walton have returned to training following their respective injuries.

It's also worthwhile noting that Callum Styles has returned from his loan-spell with Bury, and another 18-year-old in Academy prospect, fresh from signing a new contract, dynamic midfielder Matty Wolfe is now fit and in contention for a first team place.

Barnsley are unbeaten in their last five Sky Bet League One fixtures, having won three and drawn twice.

Visitors, Bradford are themselves in fine form as they look to turn around a very difficult season.

They’ve won four of their last five games, including some big wins over Rochdale (4-0) and Accrington (3-0), and their only defeat in the last five was away at Sunderland where they had a perfectly good goal not given which would have given them a deserved point on Wearside. 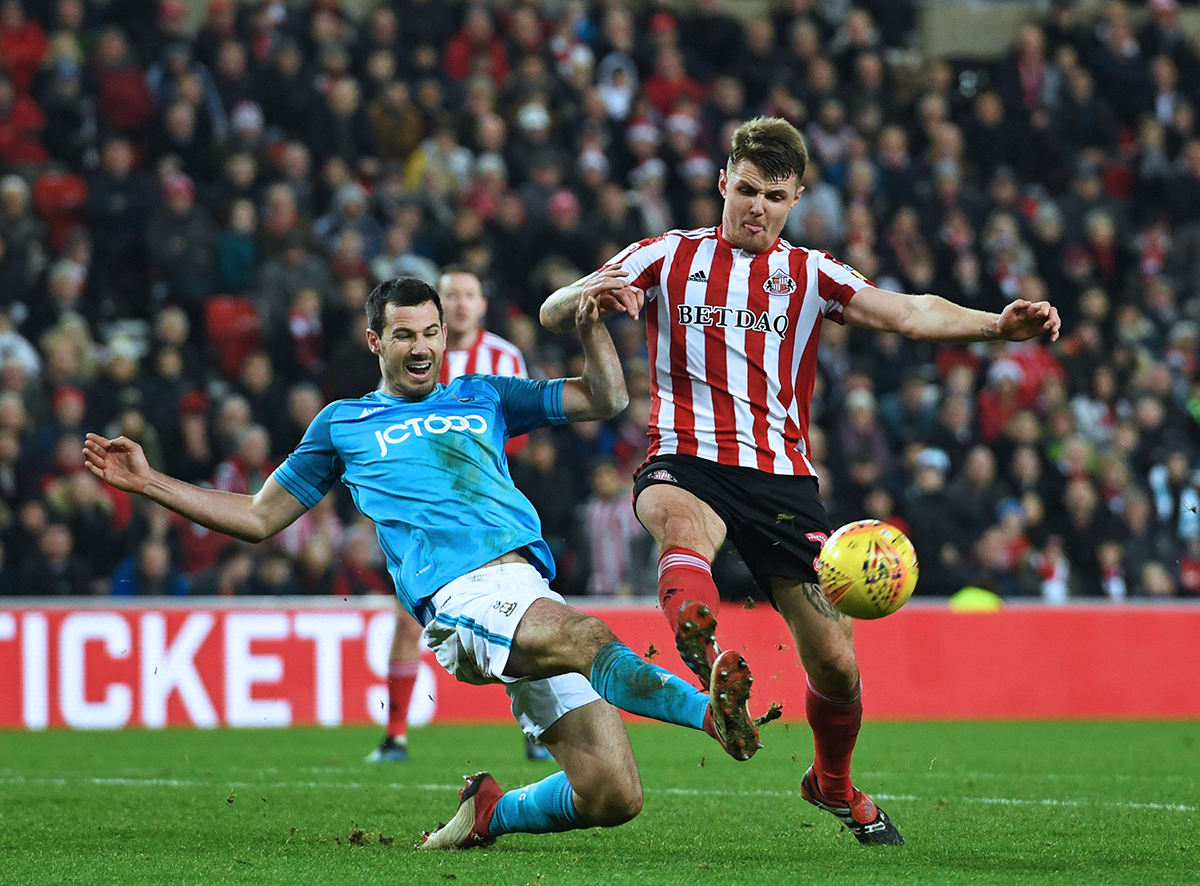 Their poor form to begin the campaign saw the early departure of former boss, Michael Collins who’d only been in situ since the summer. His replacement on September 4th was David Hopkin who had performed miracles at Scottish Premier League side Livingston.

After initially struggling to turn around the club’s fortunes, Hopkin has seen his charges pull out of the relegation zone of Sky Bet League One in recent weeks, and as we’ve seen with the Reds in this division, it’s not impossible to stage a late push for promotion. 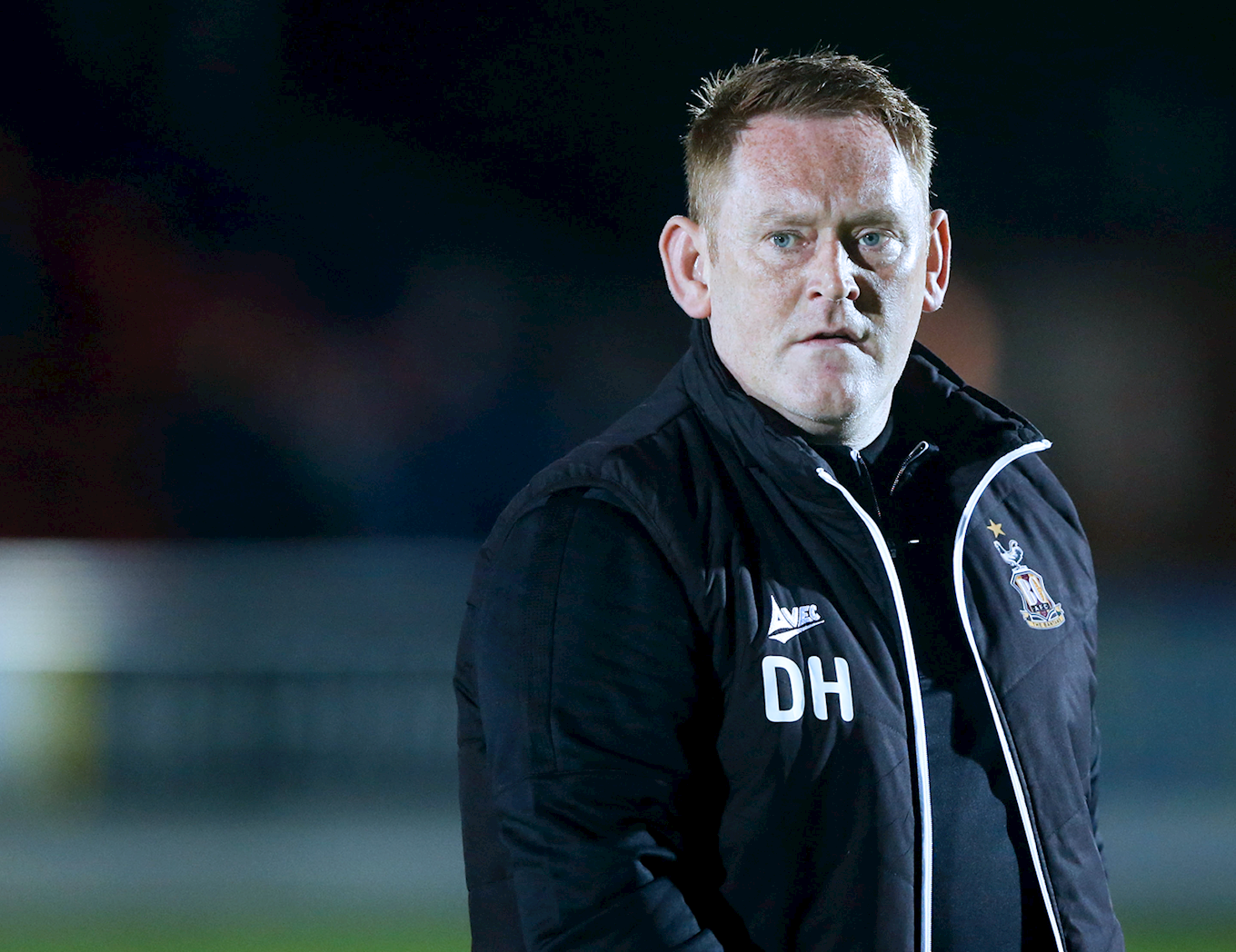 During the week, Hopkin spoke highly of the Reds when meeting with local media ahead of the derby clash.

“They are a very good side," he stated. "They're very physical and do everything in the game well, whether it’s pressing or attacking.

“There is a good shape about them but the biggest thing they do have is a lot of energy in their team. We have to be able to match that.

"We know it will be another tough game. But it's a Yorkshire derby and one we are all looking forward to.” 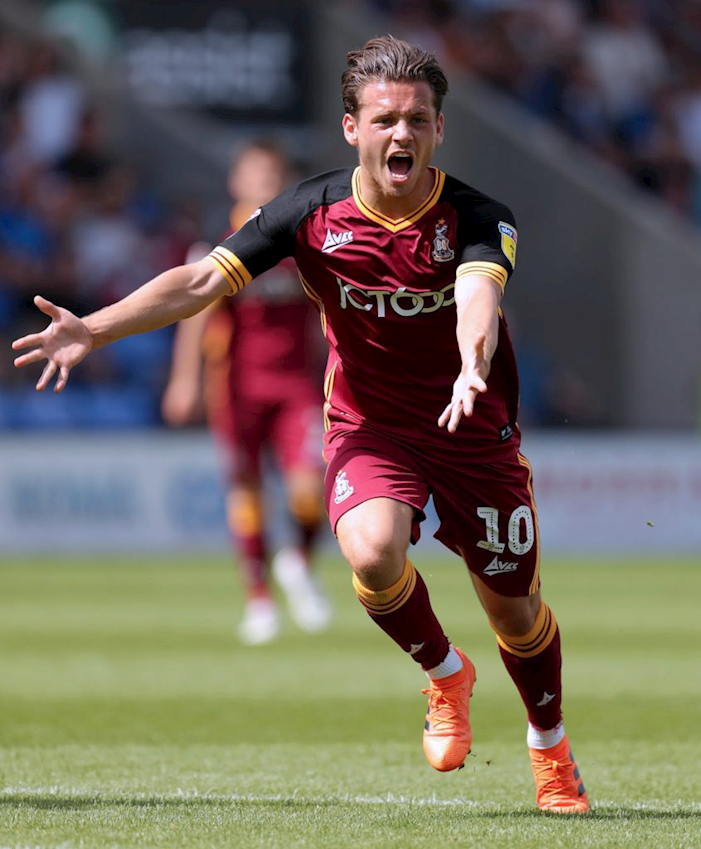 24-year-old midfielder Jack Payne is City's star man. With eight goals to his name already this season, the man on loan at Valley Parade from neighbours Huddersfield Town will be one to keep an eye on for the Reds on Saturday.

Ahead of the fixture, Reds Assistant Head Coach, Andreas Winkler and top scorer, Kieffer Moore spoke with the press in midweek to preview the big game.

Saturday will be the 108th meeting of the two clubs.

The Reds have already beaten Bradford twice this season. A 2-0 victory at Valley Parade in just the second league game of the season and then a 2-1 victory here at Oakwell in the Checkatrade Trophy group stage.

Barnsley have 40 victories, The Bantams have 37 and there have been 31 draws. 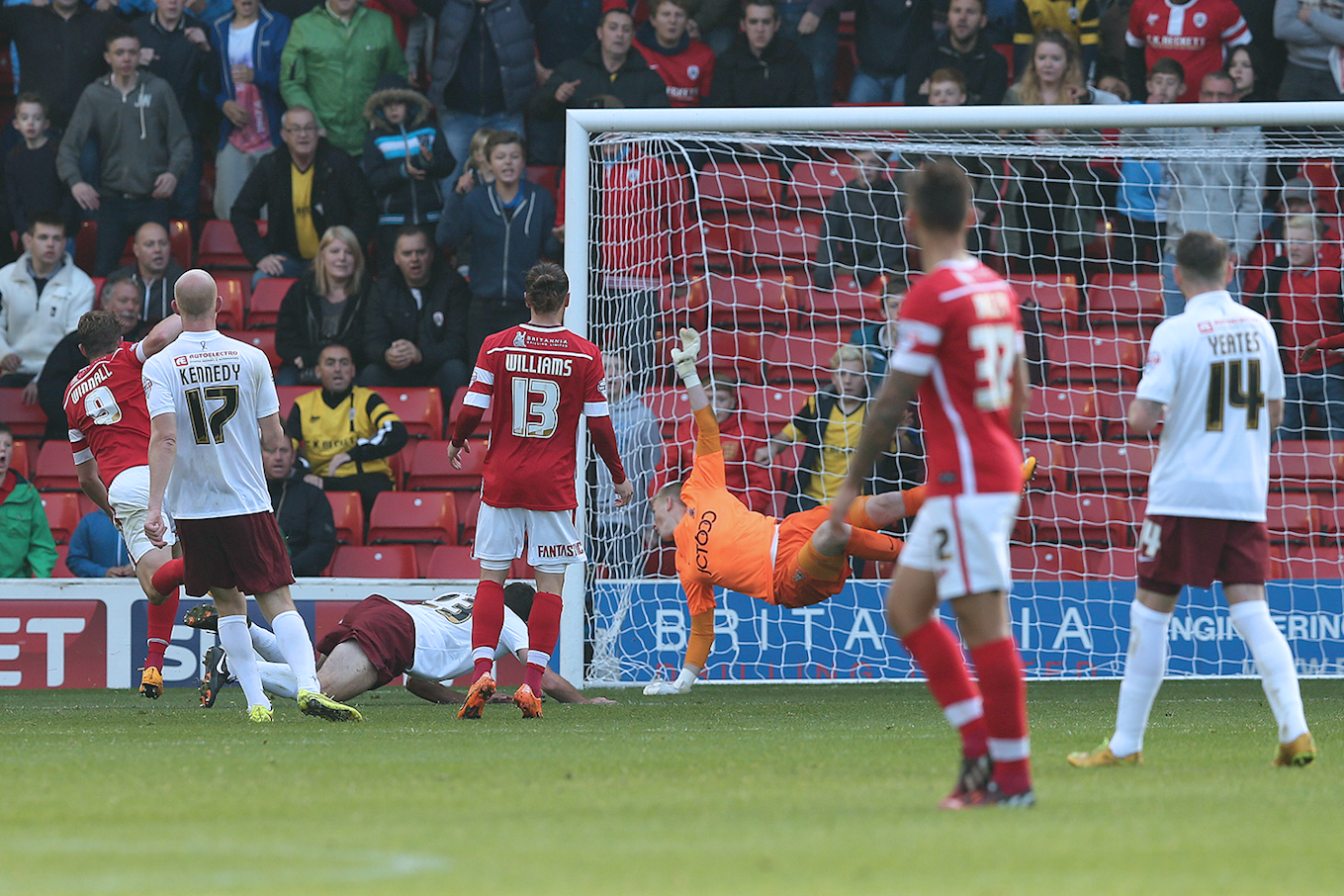 The clubs met on four occasions in the space of 12 days in 1912. After three 0-0 draws, Barnsley eventually beat Bradford in a third replay, 3-2 in the FA Cup quarter final, on their way to lifting the famous trophy that season.

Quite easily the most memorable meeting was on April 26th 1997, when a 2-0 victory for the Reds saw them promoted to the Premier League for the first time in the club's history. 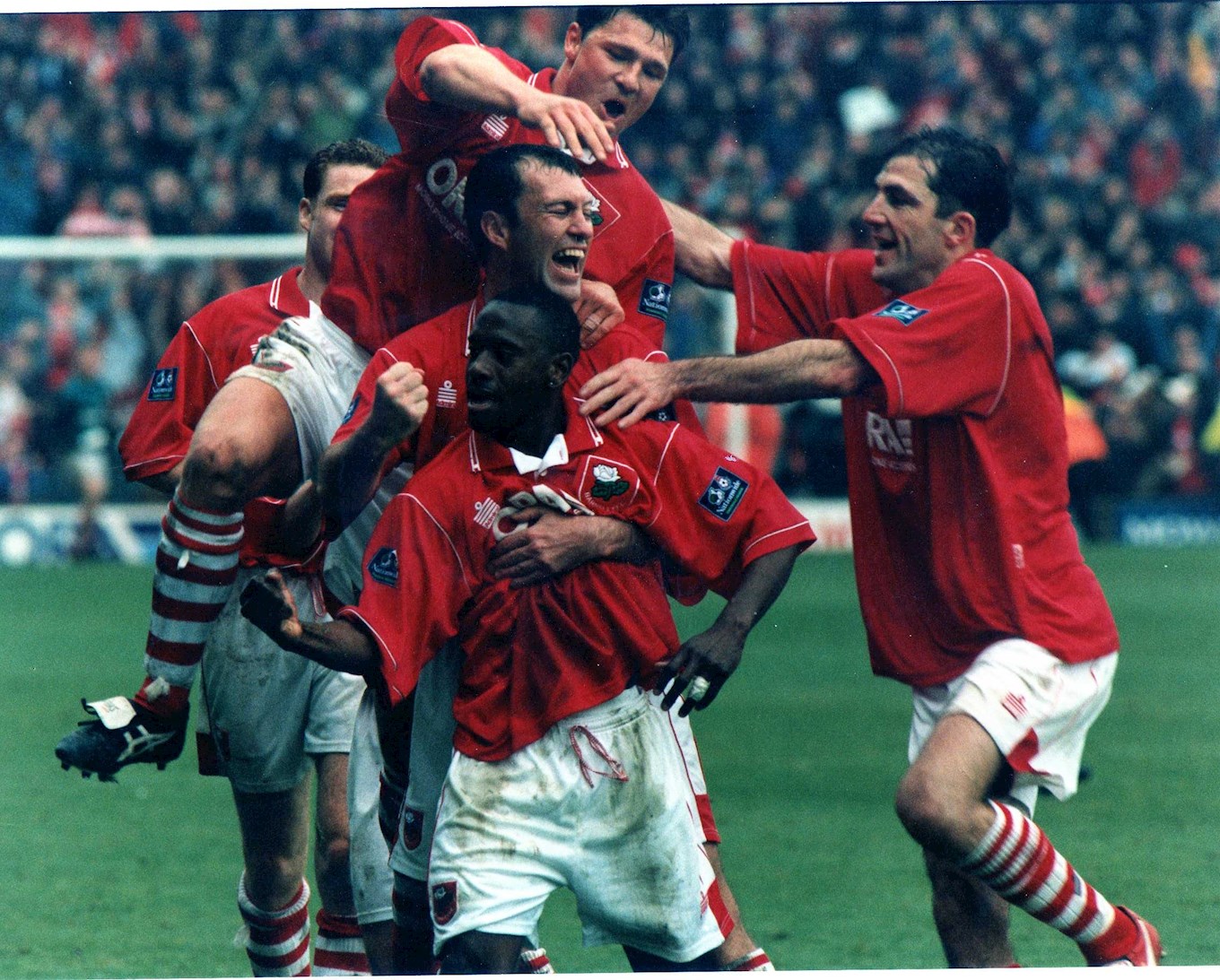 It's actually his first visit since our 1-1 draw with Burton Albion in late April 2017, but he did take charge of three Reds fixtures last season, each away from home. They were a 2-1 defeat at Wolves, a 4-2 victory over Burton and a 2-0 win at Birmingham City. 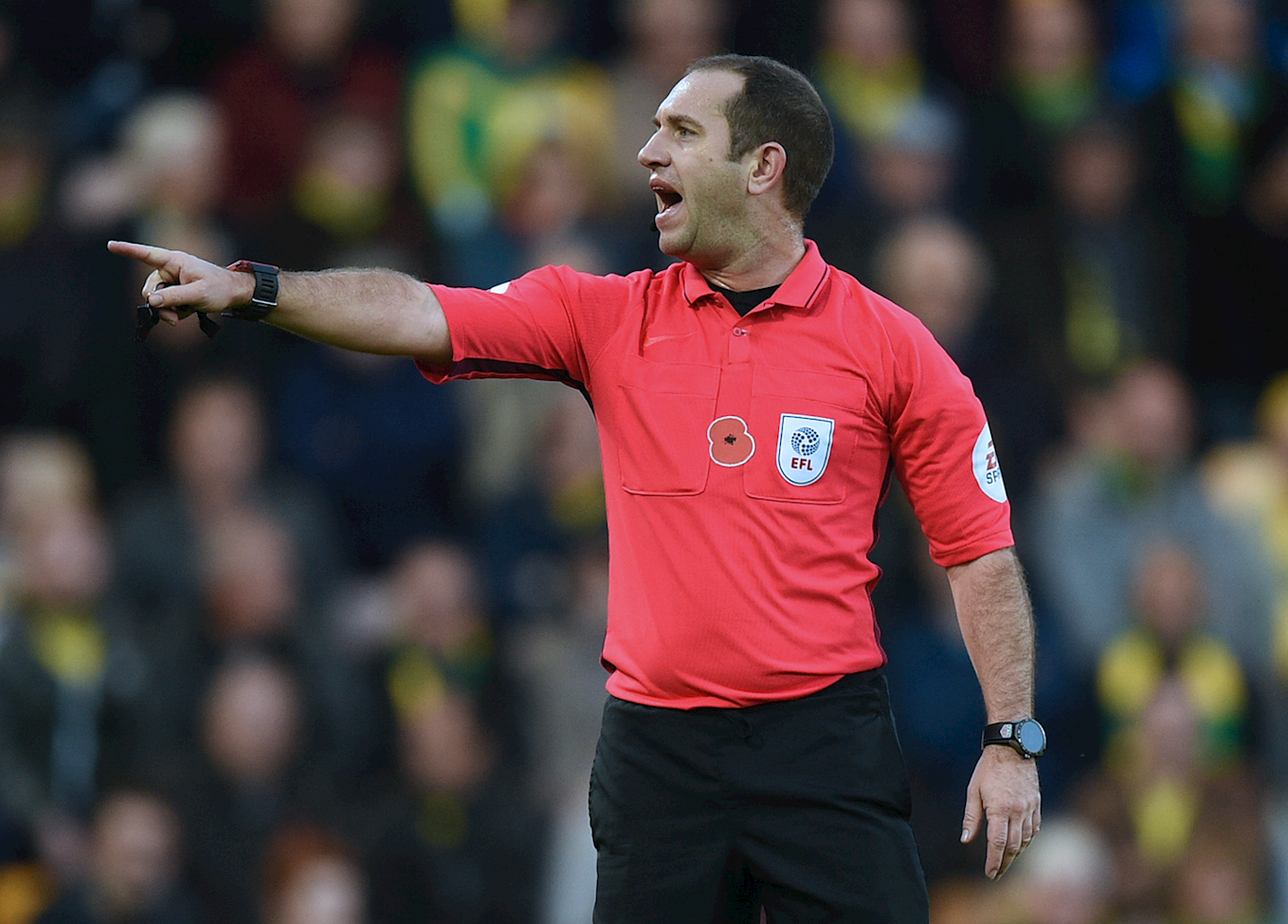 His first time in control of a Reds fixture was a 3-2 away win at Middlesbrough in February of 2013.

In 25 games this season, Simpson has brandished four red cards, whilst issuing 101 cautions. His last Sky Bet League One outing saw him book no fewer than 10 players as Sunderland edged out Doncaster 1-0 at the Keepmoat Stadium.

We will be providing, as ever, LIVE and uninterrupted commentary from Oakwell, via our iFollow Barnsley platform for UK subscribers.

Overseas subscribers will have access to both commentary and the live match stream by purchasing a Match Pass. 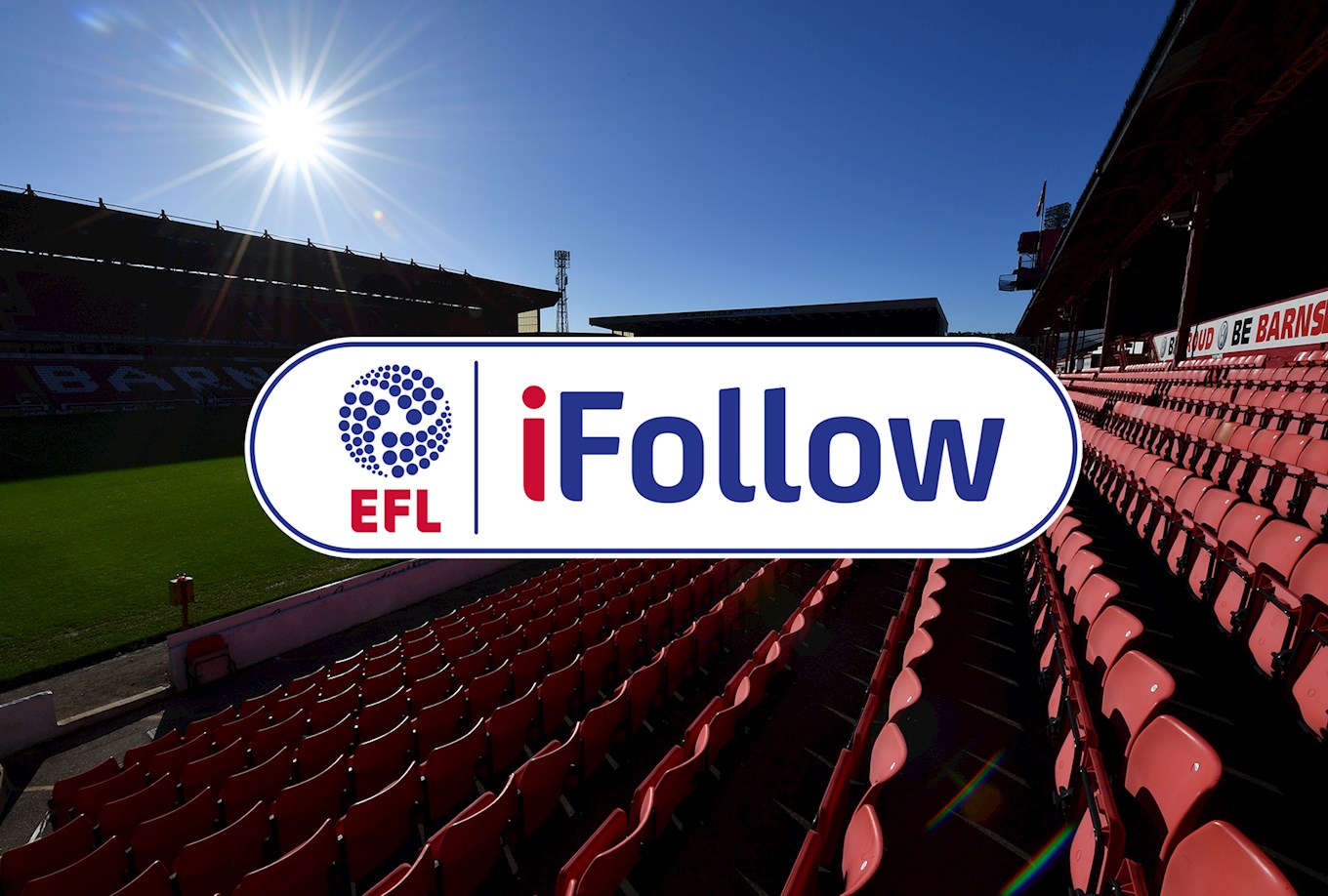 The Reds' impressive form continues with a thumping of Yorkshire rivals Bradford City in Sky Bet League One.

Superb first half strikes from Jacob Brown and Kieffer Moore were backed up with a late Alex Mowatt goal as Daniel Stendel's side ran away with this fixture to firm up their promotion credentials, ending Bradford's fine recent run in style here at Oakwell.

The Reds' Head Coach had made two changes to the side that had lost away at Burnley in the FA Cup last weekend, with Kieffer Moore back up front alongside Cauley Woodrow and Jacob Brown in on the right flank instead of Ryan Hedges.

Despite both sides entering the match in great form, the first 25 minutes here were largely forgettable - a header from Ryan McGowan was planted over the crossbar, and it's fair to say that whilst it was scrappy, the visitors looked on top albeit slightly.

But then a moment of magic broke the deadlock. With 28 minutes on the clock, Mamadou Thiam played a one-two with Mowatt and the latter hung up a terrific cross to the far post where Brown came to meet it, heading the ball into the opposite corner to give Barnsley the lead.

Cameron McGeehan thought he'd doubled the lead on 35, but he was adjudged to have handled the cross that he stuck home at the far post, and was duly booked by referee Jeremy Simpson.

It was 2-0 though just three minutes later as again Thiam and Mowatt combined in style, Mama's back-flick saw Mowatt to the right byline and his flick towards the near post was hooked home by Moore to knock the stuffing out of City and their 3,600 strong crowd in the North Stand.

Right on half time, Moore sent a header just inches over the bar from Thiam's wicked inswinging corner.

On 50 minutes, Moore again headed over when well-placed from another inviting Thiam corner as Barnsley remained on top after the interval.

Dimitri Cavaré was a menace all afternoon and twice he sent vicious low drives towards goal, but Richard O'Donnell was equal to both in the Bantams goal.

There was a booking on halfway for Liam Lindsay as Bradford looked to break, and then Brown joined him in the notebook for a challenge wide left.

Mike Bähre was introduced in the 70th minute, replacing Woodrow, and three minutes later Thiam was in on goal, only to slide his shot wide one-on-one.

Victor Adeboyejo celebrated his birthday by replacing Moore with around 10 minutes left on the clock.

McGowan entered the book on 80 minutes as he tugged back Brown on the right wing, before Mowatt saw yellow for a tackle on halfway.

O'Donnell then pushed a fierce Thiam effort onto the post and out before George Moncur entered the fray, replacing the Senegalese forward.

Barnsley sealed the victory when after just seeing his free-kick saved by O'Donnell, Mowatt then went through on goal after a lovely ball from substitute Bähre was flicked on with his head by Brown and Alex tucked home the finish to give the Reds a 3-0 victory.

Adeboyejo nearly made it four on the day when Brown's cut-back found the birthday boy in a crowded box but he was falling back going into the first-time strike and his effort cleared the bar.

But it was a comfortable victory, extending the Reds' unbeaten home run and closing the gap on the sides above them in the race for promotion.

Open from 1.30pm and based in the Investment Room East Stand Upper, the Family Zone is the best place for young children to sit and experience the match.

The Family Zone is a regular host to a number of exclusive and child friendly activities for the entire family to get involved with throughout the season. There is also a unique catering menu, featuring special options created specifically for children. All activities will be run pre-match, and once the action is underway, they will be carefully stored until the next home fixture.

Take a look at what we've got in store for you on Saturday:

No visit to Oakwell would be complete without meeting our mischievous mascot, Toby Tyke. Toby will be prowling around the Family Zone prior to kick-off, so be sure to grab him for a selfie and hi-five.

Across the course of the 2018/19 season, a number of items will be given away in the Family Zone. This week, to celebrate his permanent signing at Oakwell, Cauley Woodrow has signed a number of pictures and will leave them for junior supporters.

At each home Sky Bet League One fixture, a number of selected supporters have received an ‘Experience Upgrade’. This has seen young fans become a member of the matchday squad, flagbear from the dugout and even assist the referee with his pre-match duties.

One lucky Reds fan will be picked out of the Family Zone and be given the opportunity to lead the teams out onto the field!

As per last week, a member of Barnsley FC staff will be on the concourse from 2.30pm to select a lucky fan!

Love playing pool? Reckon you can beat your family at Connect 4? The Family Zone will have a number of other activities for children to engage with. This will range from a colouring station, through to table football and Connect 4.

You've faced your fears and met snakes, spiders and lizards. However, Ranger Rob will be back on Saturday with a new set of friends he'd like you to meet!

Sound good? One child (U12) and accompanying adult can secure their seats in the Family Zone for a joint total of £25! Click the link below to find out more.