The Reds head to the capital this weekend to take on AFC Wimbledon in Sky Bet League One action and we've got you covered with our big match preview!

After last weekend's terrific victory over Bradford City in the Yorkshire derby, Reds Head Coach, Daniel Stendel will be looking for his side to get their first away win of 2019 when they travel to Wimbledon on Saturday.

That 3-0 thumping of the Bantams made it six matches without defeat in Sky Bet League One with Barnsley closing the gap on the automatic spots. 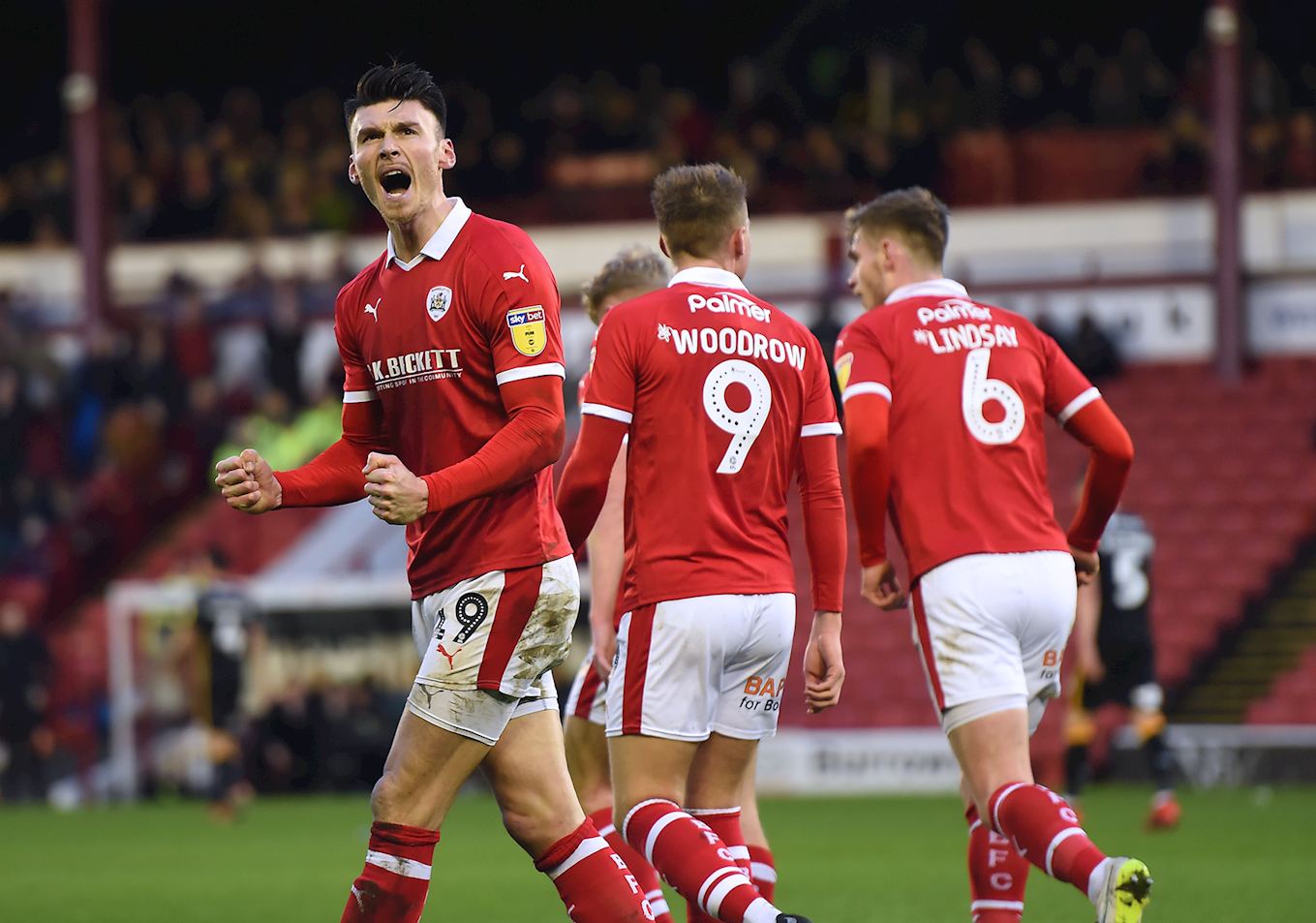 On-loan midfielder, Mike Bähre has been ruled out of action, George Moncur has left for Luton but Jordan Green has arrived from Yeovil and so Stendel will have a strong squad to select from.

The Reds haven't conceded on their travels in their last three league away games and are up against a side in the Dons who've found goals difficult to come by this season.

With the departure of Neal Ardley for Notts County, Wimbledon turned to Wally Downes to try and guide them to League One safety. 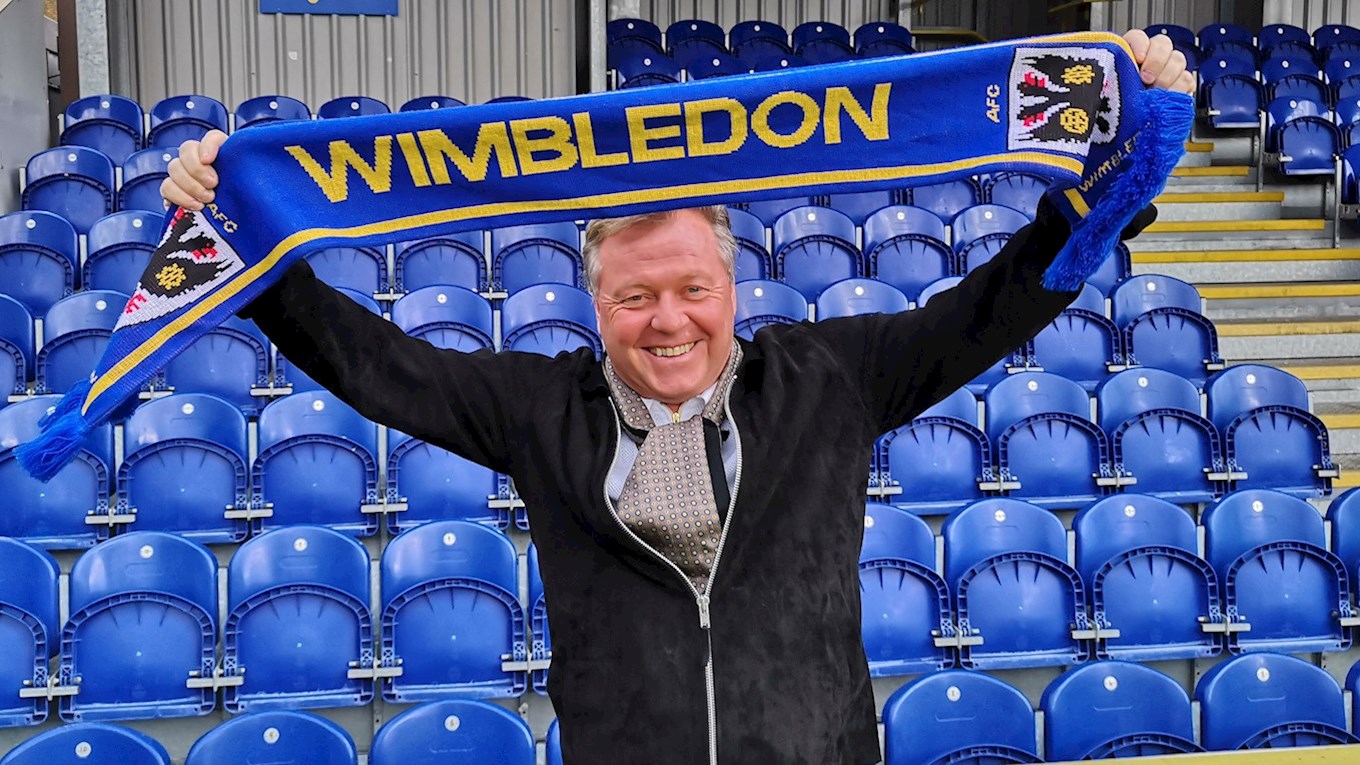 A legend of the club and member of the 'Crazy Gang' playing over 200 games for the then Plough Lane-based outfit, Downes went into coaching after retiring in the 1990's, spending time with the likes of Reading, Southampton and West Ham before a brief spell as manager of Brentford.

Whilst performances and, to a degree, results have improved in recent weeks, Wimbledon remain rooted to the foot of the Sky Bet League One table going into this weekend although they did beat Fleetwood to progress in the Emirates FA Cup recently.

Reds Assistant Head Coach, Andreas Winkler and forward Mamadou Thiam both spoke with the press during the week to preview the trip south and their interviews are both available to iFollow Barnsley subscribers.

The superb run of form continues for the Reds as a second half masterclass puts the hosts to the sword here in the capital.

It's another big victory for Daniel Stendel's impressive Barnsley side as goals from Cauley Woodrow, Kieffer Moore, Mamadou Thiam and Cameron McGeehan saw off a spirited Wimbledon here at Kingsmeadow.

The Reds' Head Coach had stuck with the same starting XI who'd blown away Bradford City at Oakwell last weekend, but there was a return to the bench for full back Dani Pinillos after recovering from an ankle injury and a first inclusion in the matchday squad for new signing, Jordan Green.

Backed by a sellout 740-strong away following from South Yorkshire, Barnsley started this match in their usual front-foot manner, with Thiam seeing a fierce effort deflected wide and then McGeehan tried his luck in the first 10 minutes from just outside the box, but home 'keeper Aaron Ramsdale parried the shot away and out for a throw in.

Thiam wasn't giving up and on 19 minutes he twisted his defender up before unleashing from 20 yards out to the left of the box, Ramsdale turned the effort behind for a Reds corner.

The Senegalese took the set-piece himself, and his low cross wasn't dealt with, reaching Woodrow at the far right edge of the penalty area who hooked home a volley first time that flew into Ramsdale's net giving him no chance, and Barnsley led!

Two minutes later and Alex Mowatt was into the box, left edge thanks to a lovely Thiam through-ball, but the midfielder's strike was pushed over the crossbar by the busy Wimbledon stopper.

It had been all Barnsley, but with only the one goal to show for their early endeavours the hosts remained alive and after Ethan Pinnock was harshly booked for a coming together with Joe Pigott on the left flank, the Dons whipped in an inviting free-kick which Pigott himself rose highest to glance into the far corner despite the best efforts of the diving Adam Davies, levelling the game at 1-1.

The equaliser seemed to rattle Stendel's side and now Wally Downes' men were on the front foot; a Will Nightingale blockbuster from 25 yards out was expertly tipped over the bar by Davies and then Dons' captain Deji Oshilaja saw a header drop just onto the roof of the net.

Goalscorer, Woodrow looked to have been hurt in an early challenge with Tennai Watson and on 42 minutes he was replaced by Kenny Dougall, with Barnsley altering their shape, Moore was now alone up front.

Right on 45 minutes, a huge let-off for Barnsley as somehow Jake Jervis missed an open goal from a yard out, and then in the last minute of three added on for injuries, Dougall hit a clean volley following a corner that Ramsdale superbly repelled.

There was only one side in the game following the half time break, as Stendel's young charges put the hosts to the slaughter.

It began on 51 minutes as Mowatt - out on the right after some dogged tackling - moved onto his left foot and from his pinpoint delivery, Moore rose ahead of his marker to power home a header, six yards out to restore the Reds' lead.

Ben Williams was having another solid game at left back but he was booked as Dons substitute Dylan Connolly looked to break down the right wing.

It was 3-1 to the Reds after 65 minutes when a Williams throw-in was flicked on by Moore through a defender's legs, where Thiam smacked home the ball, high into the roof of the Wimbledon net.

Pinillos made his return to action as he came on for Williams a few minutes after the goal, owing to the caution that the young Welshman picked up.

Barnsley were swarming all over the home side now and a Liam Lindsay header looked to be the fourth goal but his effort - which looked to have crossed the line - wasn't given by the officials.

Ramsdale pulled off another fine save on 78 minutes as Moore's low shot, hit first time after a superb Mowatt cross was claimed at the second attempt.

There were further chances for Lindsay, Thiam and substitute Victor Adeboyejo, who had replaced Moore with 10 minutes left on the clock, but the fourth and final goal arrived in the final minute of normal time.

The constant threat that was Thiam down the left put over another inviting cross, Jacob Brown met it at the far post, nodding down for the arriving McGeehan who slotted his finish low and under the goalkeeper to put the seal on a terrific day's work for Stendel's flying Reds.

An update on our trip to Wimbledon...

We received a  total allocation of 741 tickets for our game at AFC Wimbledon on Saturday 19th January 2019, kick off 3pm. The allocation comprised of 66 tickets seated in the John Green Stand and 675 standing tickets in the RyGas Terrace.

As of Tuesday afternoon, we have only 194 standing tickets left.

Tickets were to be made available in the following order:

With the exception of general sale all categories are one per qualifying criteria. Season tickets cannot be up or downgraded. The ticket allocation is for the person named on the season card only.

Official Club Coach Travel departs at 9.30am priced at £28 per seat. We have a strict no alcohol policy. Children under 16 must be accompanied by an adult 18+.

The postage deadline for this game is 3pm Wednesday 16th January. Tickets will remain on sale from the Box Office/Reds Superstore until 2pm Friday 18th January 2019, subject to availability.