The high-flying Reds head to the south coast this weekend for a huge clash in Sky Bet League One against fellow promotion-chasers, Portsmouth, and we've got the trip covered here in our match preview!

After what proved to be a frustrating night at Oakwell on Tueaday just gone when a resolute Burton Albion side came to South Yorkshire and battled their way to a hard-earned point, Reds Head Coach, Daniel Stendel will be hoping for a more free-flowing encounter on Saturday as his side head south to tackle Pompey at Fratton Park in a 3pm kick-off.

The usually free-scoring Reds were thwarted by the Brewers in midweek, limited to just a handful of half-chances that came to nothing. 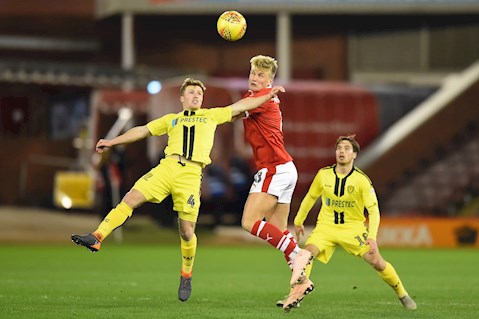 Still without the services of top-scorer, Kieffer Moore, Stendel will perhaps look to shuffle his pack this coming weekend in order to find the winning formula.

Despite the stalemate last time out, Barnsley remain unbeaten in 13 league fixtures, a run that goes back to the start of December last year.

Whilst failing to score for the first time since New Year's Day, the Reds' latest defensive shut-out earned skipper, Adam Davies his 14th clean sheet of the season.

That was his 61st for the club which sees him 6th in the all-time list of Reds 'keepers for shut-outs, alongside David Watson.

The Reds have scored 10 goals in their last three away trips, all long-distance outings (4-1 win at Wimbledon, 2-2 draw at Oxford, 4-1 victory at Gillingham) with Stendel's charges clearly enjoying their road trips, unbeaten away in 2019. 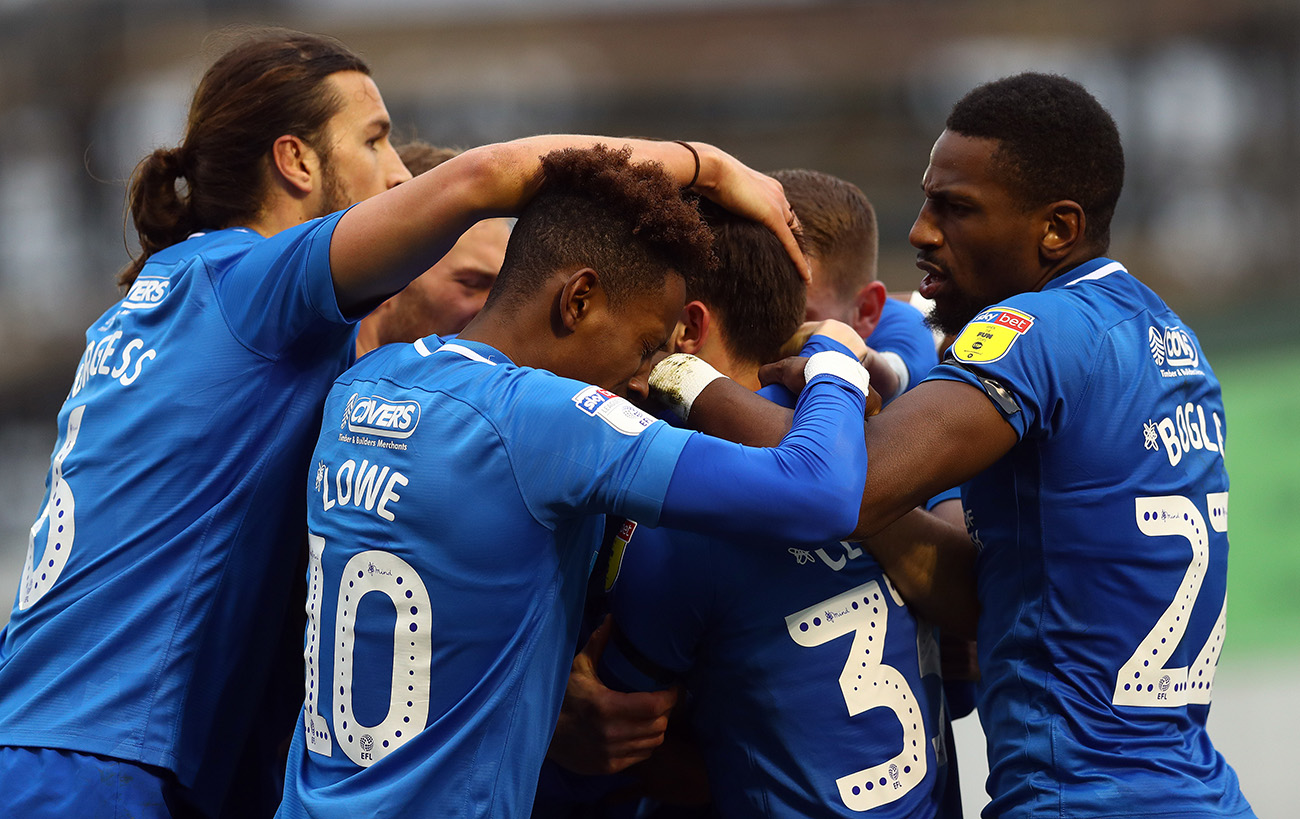 They have drawn their last four fixtures without keeping a clean sheet.

Pompey's 2019 form has been poor and seen them fall from the top of the table, a position they'd held for much of the first half of the season.

It seemed just a few weeks ago that the Hampshire-based outfit would be the team to catch in the division, but the New Year has only ushered in doubts at Fratton Park.

They are one of just two sides to beat Sunderland, however. On their day, few can match the South Coast club who've been in the doldrums following their Premier League days and their lifting of the FA Cup in 2008, the year the Reds made the semi finals themselves.

In manager, Kenny Jackett they have one of the most experienced and successful coaches at this level. The former Swansea City and Millwall boss, now 57-years-old has been in the coaching game for over 20 years and can count two previous promotions from the third tier on his personal CV.

He could have been discussing three were it not for the Reds' penalty-shootout success in Cardiff back in 2006 when his Swansea side were edged out by Andy Ritchie's bouyant Barnsley in that year's League One playoff final. 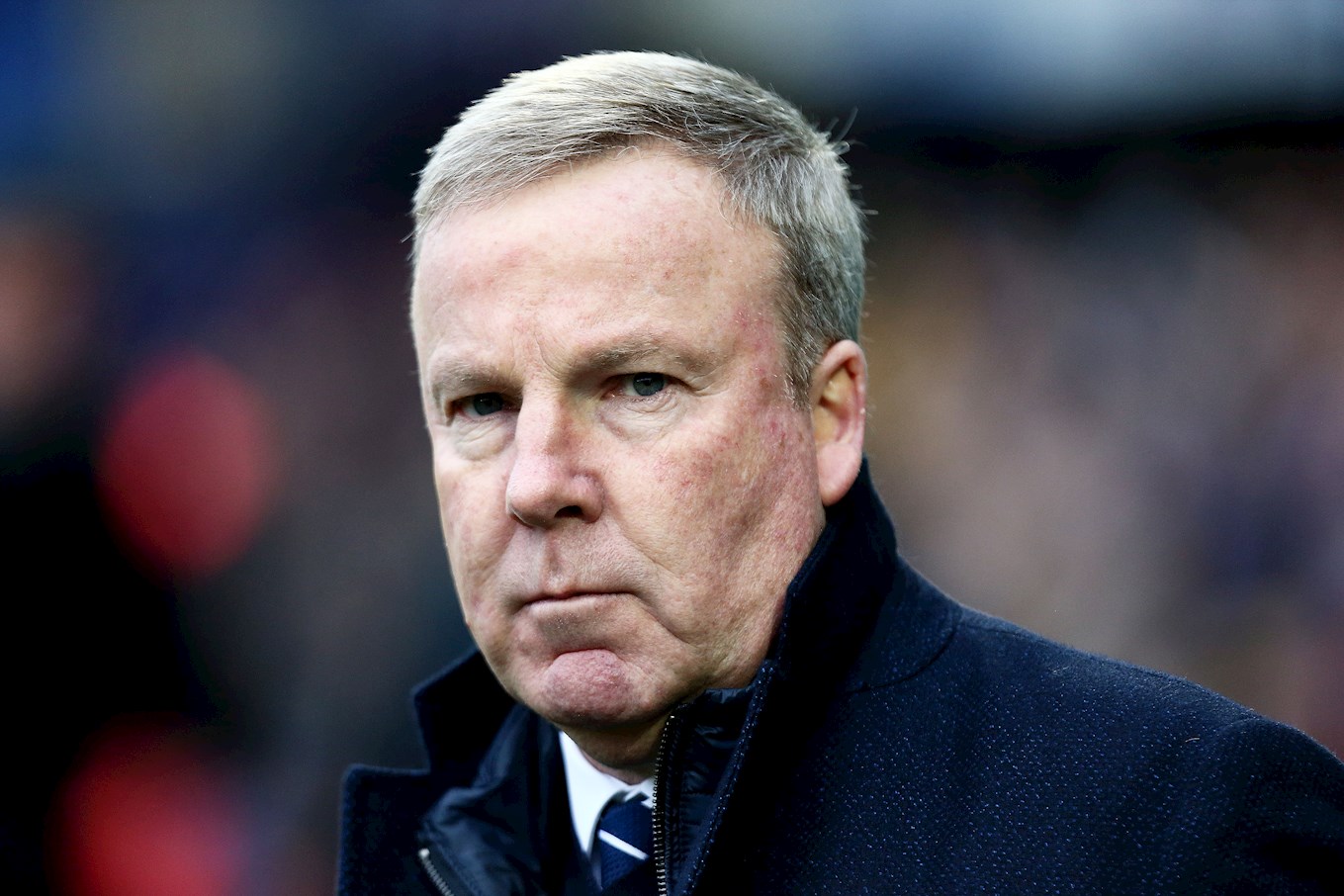 As far as threats go, Jamal Lowe and Ronan Curtis (pictured below) are already into double figures for Pompey this season, often operating in wide positions, and with the likes of the experienced Brett Pitman, Gareth Evans - who netted at Oakwell in December - and Oli Hawkins also contributing up front, they've been full of goals this season.

They added Omar Bogle and James Vaughan to their ranks during the January transfer window to further boost their chances of promotion whilst the addition of Bryn Morris strengthened Jackett's options in central midfield.

The former Middlesbrough youngster bagged his first goal for the club in last weekend's 3-3 draw with Southend United at Roots Hall. 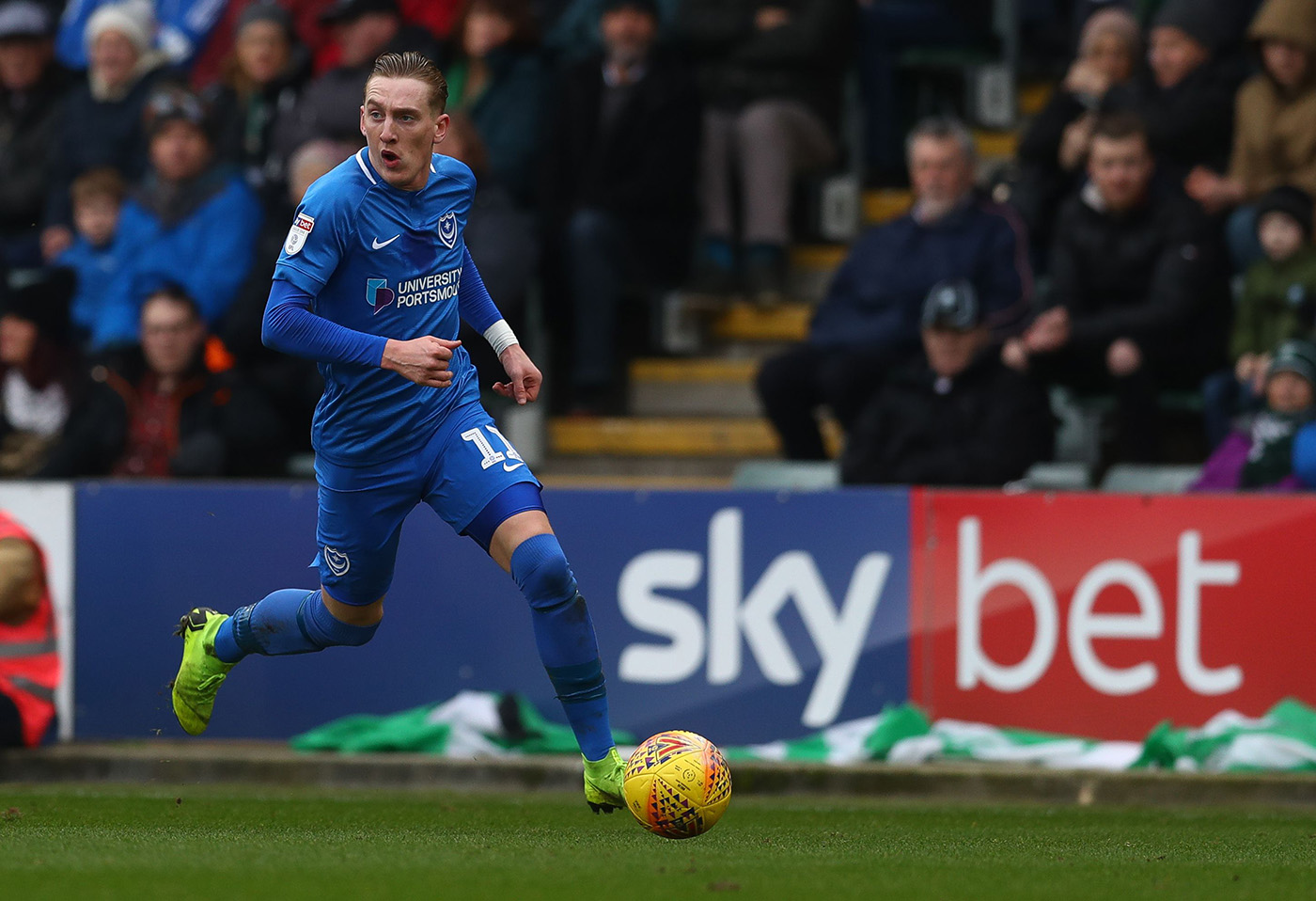 Jackett will be without Lloyd Isgrove for this encounter. The winger left the Reds to join Pompey on loan in January but is ineligible for Saturday.

The former Southampton academy graduate is so far yet to make an appearance in blue regardless.

Also missing for the hosts will be Nathan Thompson, Andy Cannon and Jack Whatmough through injury.

The Pompey boss was confident though in midweek when asked if his side could get their promotion push back on track, saying: "We’re on a run of draws and want them to be wins.

"For the players, they haven’t shown any lack of application or commitment which has made us hard to beat.

"But we obviously want to be better than hard to beat and turning it into the quality we need to get wins, especially against a strong Barnsley side.

"They are on a very good run right now and are making a decent fist of getting back up to the Championship."

Tonge says there are no new injury concerns and that the players are looking forward to a game in which there's a real opportunity to make a statement, suggesting as always, the Reds will be gunning for three points.

Mowatt admitted that his side struggled on Tuesday evening to break down a dogged Burton defence but reckons the opposition this weekend can't afford to defend for a point and is hoping his side can go out there and pick up a victory that will further enhance Barnsley's bid for automatic promotion.

Both of their pre-match press conference videos can be watched in full over on iFollow Barnsley.

Over 2,000 Reds supporters are expected to pitch up at Fratton Park on Saturday, incredible backing considering the mileage.

For those who can't make it to Portsmouth in person, you can still stay tuned to the action with LIVE and uninterrupted commentary on iFollow Barnsley with club commentator, Matt Bailey this weekend.

Join him by following THIS LINK just before 3pm.

The referee on Saturday is Charles Breakspear. The Surrey-based official hasn't taken charge of a Reds fixture since October of 2015.

That was a 2-1 away defeat for Barnsley at Southend, although he did give the Reds a penalty that afternoon. 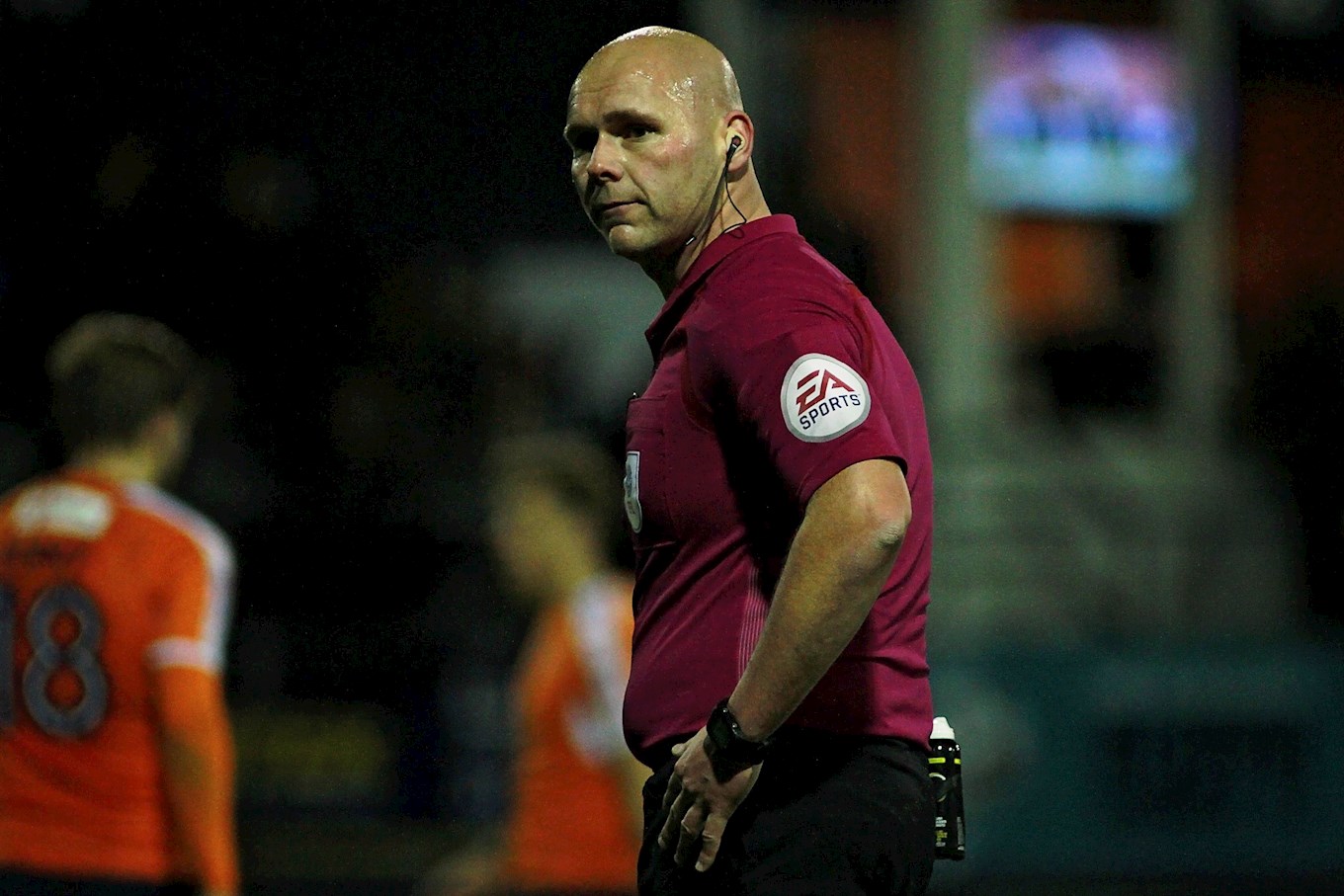 It will be his second League One visit to Fratton Park this season having overseen the 1-1 draw with Shrewsbury Town back in early September.

The two sides met earlier in the season at Oakwell - it was in fact mid-December and after Gareth Evans had fired home an opener for Pompey, the Reds equalised on the hour mark through Cauley Woodrow. 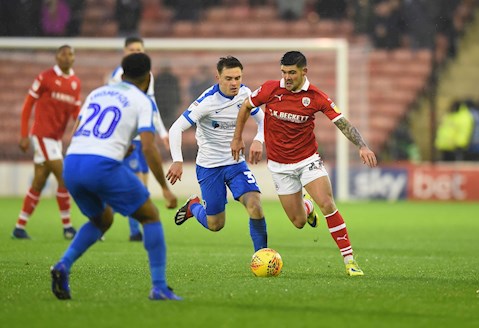 Barnsley last visited Portsmouth in October of 2011. It was a second tier fixture that saw the hosts run out 2-0 winners, with David Norris and Luke Varney scoring their goals within 30 seconds of each other.

Pompey were ultimately relegated that season with the Reds surviving, just one position above them. 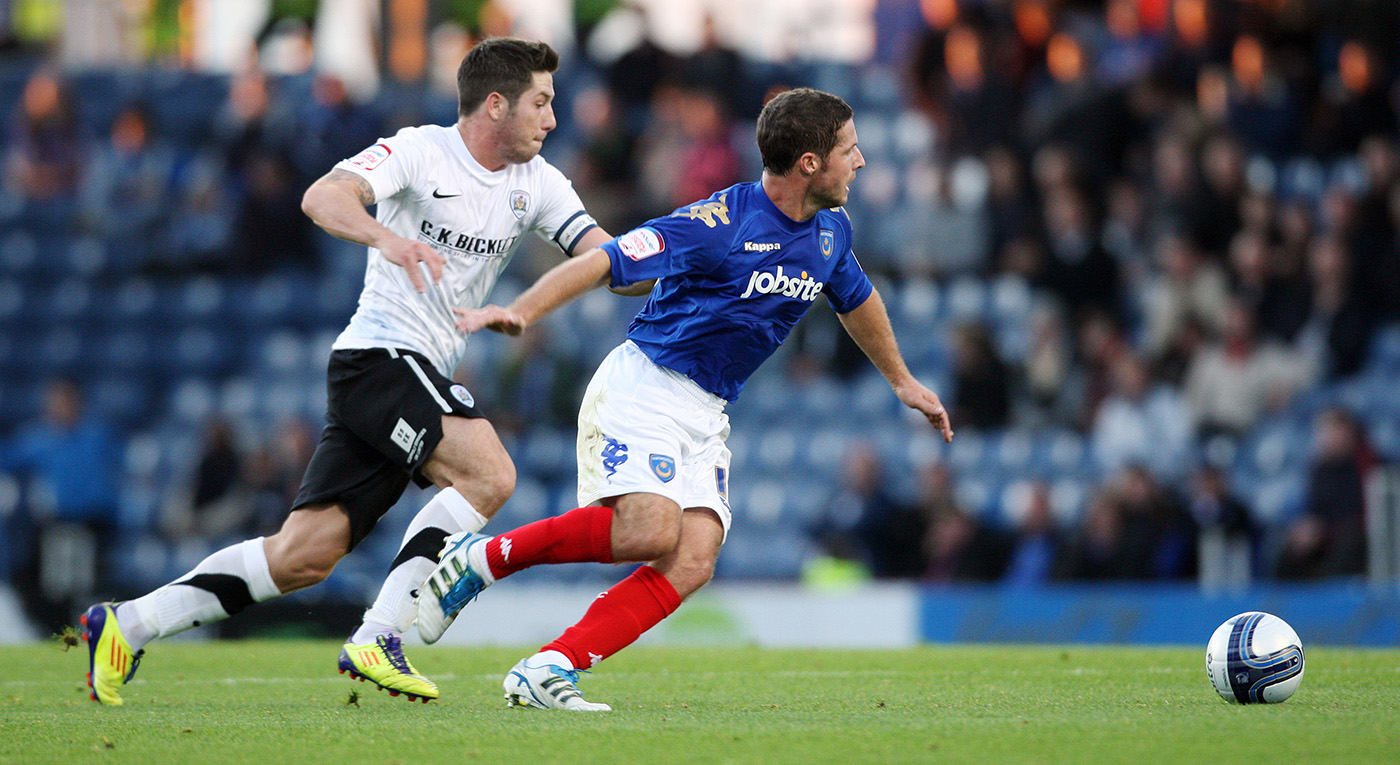 We have to go all the way back 20 years now to find our last success at Pompey. It was a March visit in 1999. Despite John Durnin putting the home side ahead early on, John Hendrie's side hit back and goals from Craig Hignett and Bruce Dyer alongside an Adrian Whitbread own-goal saw the Reds to a 3-1 victory.

It's usually a high-scoring affair when the Reds meet Pompey. You've to rewind back to 1996 for the last goalless draw.

Historically, our hosts on Saturday shade the fixture with 21 wins to the Reds' 18; there have been 13 games drawn. 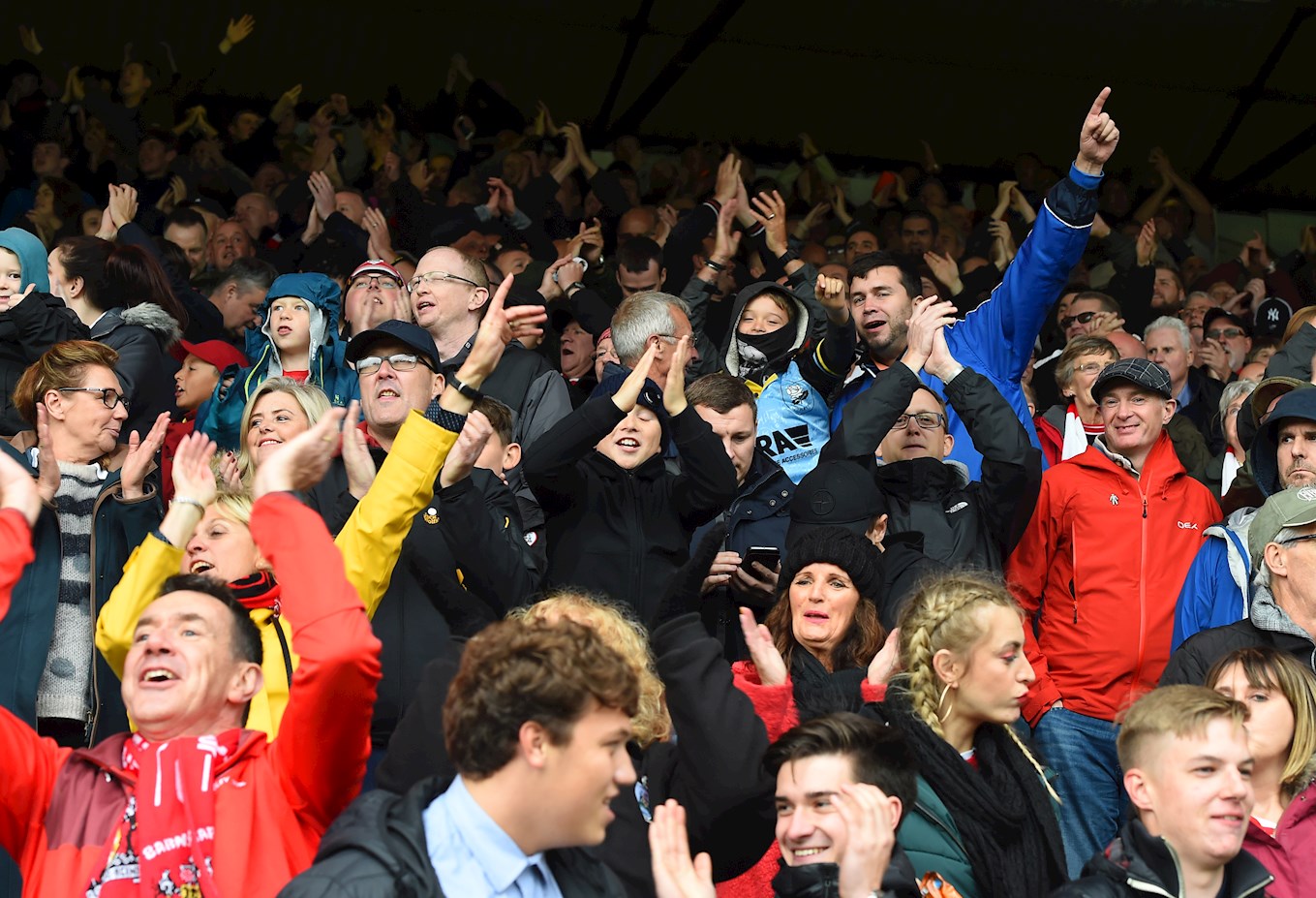 A goalless draw on the south coast for Daniel Stendel’s Reds.

Adam Davies walks away the ‘hero’ in a top of the table encounter at Fratton Park. The skipper saved a second half penalty from Omar Bogle, as well as making multiple other saves and clearances when needed.

Reds had chances at the other end, the best coming from Jacob Brown who hit the crossbar off an Alex Mowatt corner, but no goals were forthcoming in an even match.

The first half began with the Reds on the front foot. The returning Mamadou Thiam, who came back into the starting XI in place of Ryan Hedges, was linking up well with his fellow teammates and trying to create.

Neither team could muster up much of note, except for long range efforts, but when a big chance did come, Davies was at the ready. A slip up in the Reds’ defence allowed Pompey to break forward, the ball was slid left to Solomon-Otabor who had the whole goal to aim for, but Davies stood tall and denied him.

Prior to half-time, plenty of corners were the only source of attempted efforts. Neither team could take advantage of the set-pieces, so we went in level.

The second half began with Pompey on the front-foot. The powerful presence in attack of Bogle and the pace on the wings were seeing the home side get some joy. After Davies saved well from a looping corner, he was to be called into action again from the penalty spot.

The previously mentioned Solomon-Otabor got in behind Dimitri Cavaré, only for the full-back to jump in and foul his man. Initial suspicions were that the contact came outside the box, but the referee had no doubt and awarded the spot-kick. Bogle stepped up to take, but yet again, the Reds’ captain and number one dived the right way and kept his effort out.

The next best chances then came the way of Daniel Stendel’s side. Dani Pinillos was free on the left-side of the box but smashed his effort over the bar, before a late corner from Mowatt found Jacob Brown but his header was deflected on the bar.

The near-on 2,000 travelling Reds in the away end sang until they had departed the ground, well after the final whistle and the choice of song was mainly directed at the skipper.

Join 2,000 fellow Reds on the south-coast this weekend.

Daniel Stendel’s side travel to face Portsmouth FC this weekend in a much-anticipated Sky Bet League One fixture. The Reds will already be backed by a strong circa 2,000 fans, but you can still get your ticket and help to make a difference.

Tickets are ON SALE until 2pm on Friday, over the phone, in-store or online.

There will be NO PAY ON THE DAY, with the match declared early as an ALL TICKET FIXTURE.

Accompanied Under 18 £5 (when purchased alongside adult/senior)

INFORMATION FROM PORTSMOUTH – The car park is adjacent to the stadium, PO4 8SX, with 26 accessible spaces on a first come first served basis. In addition there is a designated drop off point with 200 spaces at a cost of £10 per car. Alcohol is not available in the away section due to this area being in sight of the pitch. There is no betting facility.


We have now sold 1,900 tickets for our trip to Portsmouth on Saturday 23rd February.


Tickets for our trip to Fratton Park at the end of February remain on sale.