It's straight back down to business as the Reds host Charlton in Sky Bet League One and we've got it covered with our big match preview!

Coming quickly off the back of two consecutive victories, Head Coach, Daniel Stendel will be looking for his side to make it three from three over the festive period when Charlton Athletic pitch up at Oakwell on Saturday.

Last weekend's 1-0 win at Blackpool was followed up nicely with a comfortable 2-0 victory over Peterborough on Boxing Day, as the Reds solidified their promotion credentials. 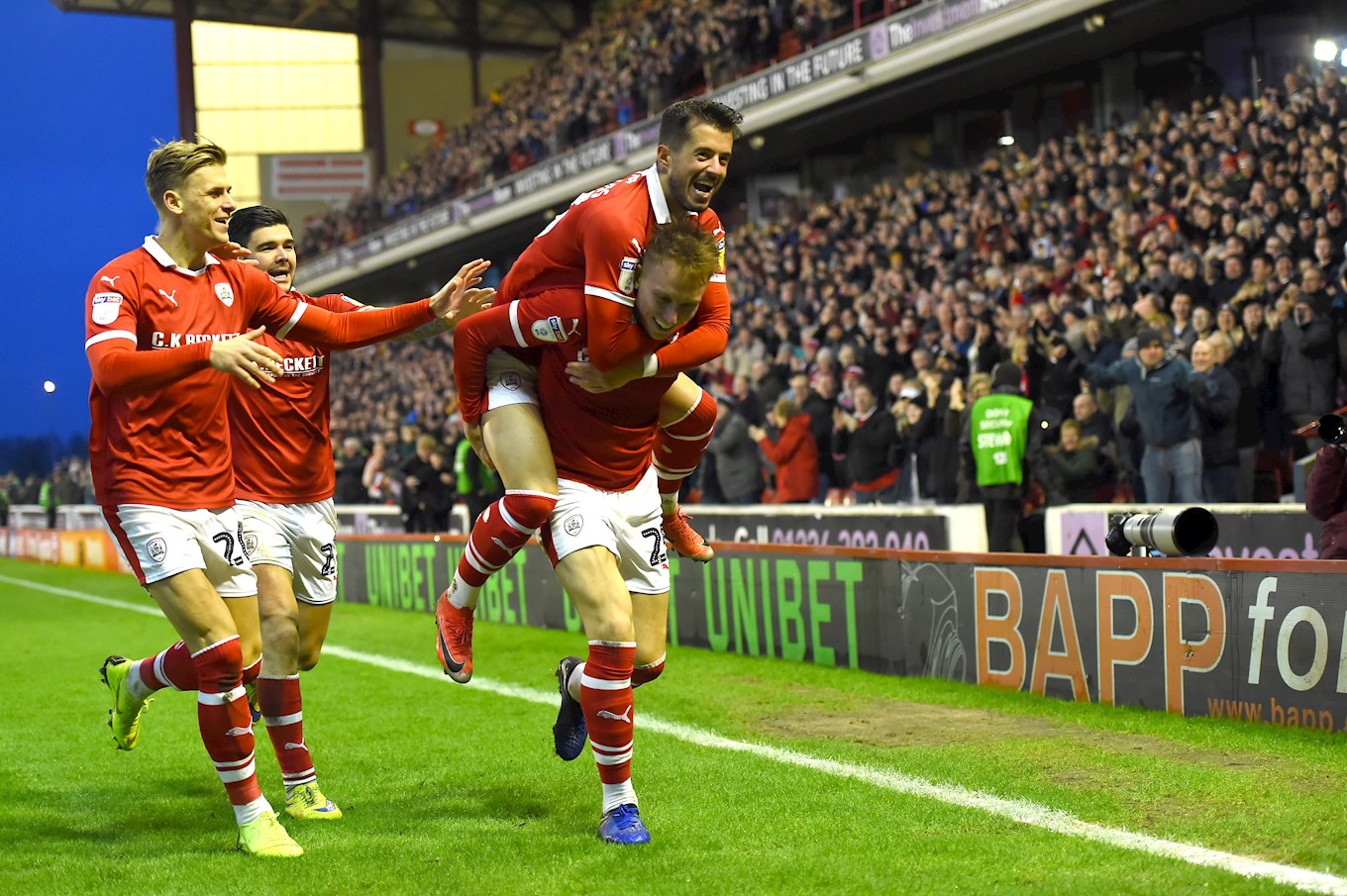 It's not just the six points gained that has pleased Stendel, but tightening things up at the back was something he'd called for recently, so two clean sheets are the perfect tonic going into the final fixture of 2018.

Having missed out on Wednesday through illness, Reds striker Kieffer Moore is expected to return on Saturday. With Kenny Dougall fit and playing again, the Head Coach has near-enough a fully fit squad to choose from.

Saturday's opponents from The Valley suffered their first defeat in four games on Boxing Day, losing very late on against Coventry City.

Whilst in formidable form on their own patch, losing just twice on home soil, Charlton have lost five times on the road, although they did recently turn over league leaders, Portsmouth at Fratton Park. 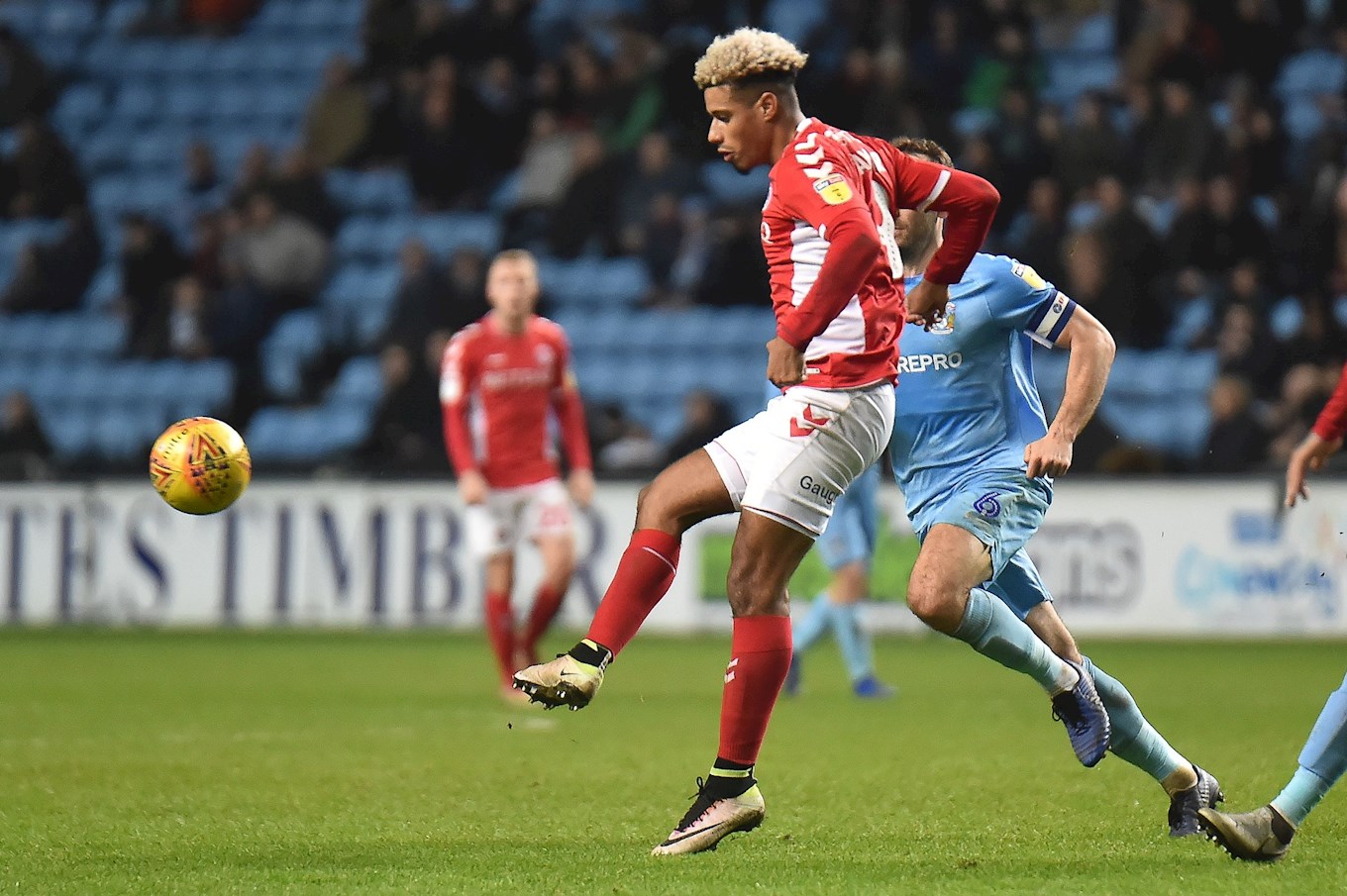 In the opposition dugout this weekend is Lee Bowyer. The former Leeds United and England midfielder took the job on a caretaker basis last term and led the club to the playoffs before losing out to Shrewsbury over two legs.

The two sides met back in October with Charlton 2-0 victors, twice hitting the Reds on the break, their pace proving a real threat, and Barnsley unable to break them down despite lots of possession on the day.

In terms of the last league meeting between the clubs at Oakwell, you have to go back to August of 2013 when the Reds were leading 2-0 thanks to a Chris O'Grady brace only to be pegged back in the second half as Charlton left with a point.

Barnsley first met Charlton way back in 1929 and won 2-0 at Oakwell, and Saturday will see the 50th meeting between the two sides, with the visitors edging the fixture historically with 19 wins to the Reds' 16.

It's the perfect way to end 2018 for the Reds as they edge out the Addicks at Oakwell.

First half strikes from Brad Potts and Mamadou Thiam gave the Reds a commanding lead in a game they had under control, but a second half fightback from the visitors threw the game into the balance with Ben Reeves' half-volley making things nervy for Barnsley who ultimately held on for a priceless three points.

There was just one change for Daniel Stendel's side - Thiam started ahead of Kenny Dougall who dropped to the bench.

It was a dream start to the game as a flowing Reds move cut open the visitors to hand Barnsley a 1-0 lead.

Superb football saw Mike Bähre pick up the ball in midfield, he jinked beyond two men, fed Cauley Woodrow on the right hand side whose cross into the box was delicately touched a yard back for the onrushing Brad Potts who hammered the ball into the corner of the net first-time.

Ethan Pinnock was booked for a lunging tackle on the edge of his own box, but the resulting free-kick was cannoned against the wall by Lyle Taylor.

After a Charlton ball was gathered up by Adam Davies, the skipper threw it long for Potts to chase, he galloped up field before firing a low pass at speed into Thiam's direction, the Senegalese took the ball in his step, cut inside and struck a fierce effort into the top corner from the edge of the box left of centre.

Thiam nearly added another from the same range soon afterwards, but his shot on this occasion was an inch too high.

Bähre then volleyed at the near post from a Thiam cross, but Addicks 'keeper Jed Steer tipped it round the post for a corner.

It had been breathtaking from Stendel's side who led 2-0 at the break.

There was an early booking after the interval when Dimitri Cavaré was punished for a clumsy challenge in the centre circle, but it was the Reds still in charge at this point.

Bähre probably should have added a third when he went through one-one-one with Steer, but the 'keeper got a touch to the shot that was then redirected towards Bähre for a second bite of the cherry, but his nodded header dropped a yard wide in the end.

Potts then sprinted into the box and instead of squaring for Bähre, he went alone but he blazed his shot over from just inside the box.

There were a couple of bookings for Chris Solly and Jason Pearce as the away side battled against the Red tide.

The outstanding Bähre was replaced on 70 minutes to a standing ovation with Jacob Brown coming on for the last 20 minutes.

The referee's influence became prevalent from then on, with a number of Reds players cautioned for innocuous challenges. Dani Pinillos being the main one, in what seemed a 50/50 tackle on the edge of the box.

From that free-kick, sub Tariq Fosu's strike came back off the wall for Reeves to fire in on the half volley giving Davies no chance, and reducing the deficit.

Woodrow was booked during that sequence, apparently for questioning the yardage of the Reds wall.

Dougall and Ryan Hedges came on for Potts and Thiam with around 10 minutes to play, and it was now backs-to-the-wall for Barnsley.

But despite a plethora of long balls, the Reds survived, and in fact the last action of the match saw Solly booked for a second time and receive his marching orders.

Three wins from three in the festive period, Stendel's Reds can enter 2019 in great spirits.