The Reds welcome the Cod Army to Oakwell on Saturday 13th March for a 3pm kick-off in Sky Bet League One and we've got it covered here in our match preview!

Going down 3-1 away at Burton Albion following a very disappointing performance, Barnsley will need to react quickly as they welcome Fleetwood Town to Oakwell with automatic promotion now out of their own hands.

The defeat at the Pirelli Stadium, coupled with victories for both Sunderland and Portsmouth mean that Daniel Stendel's side are now playing catch-up in the race for the Championship. 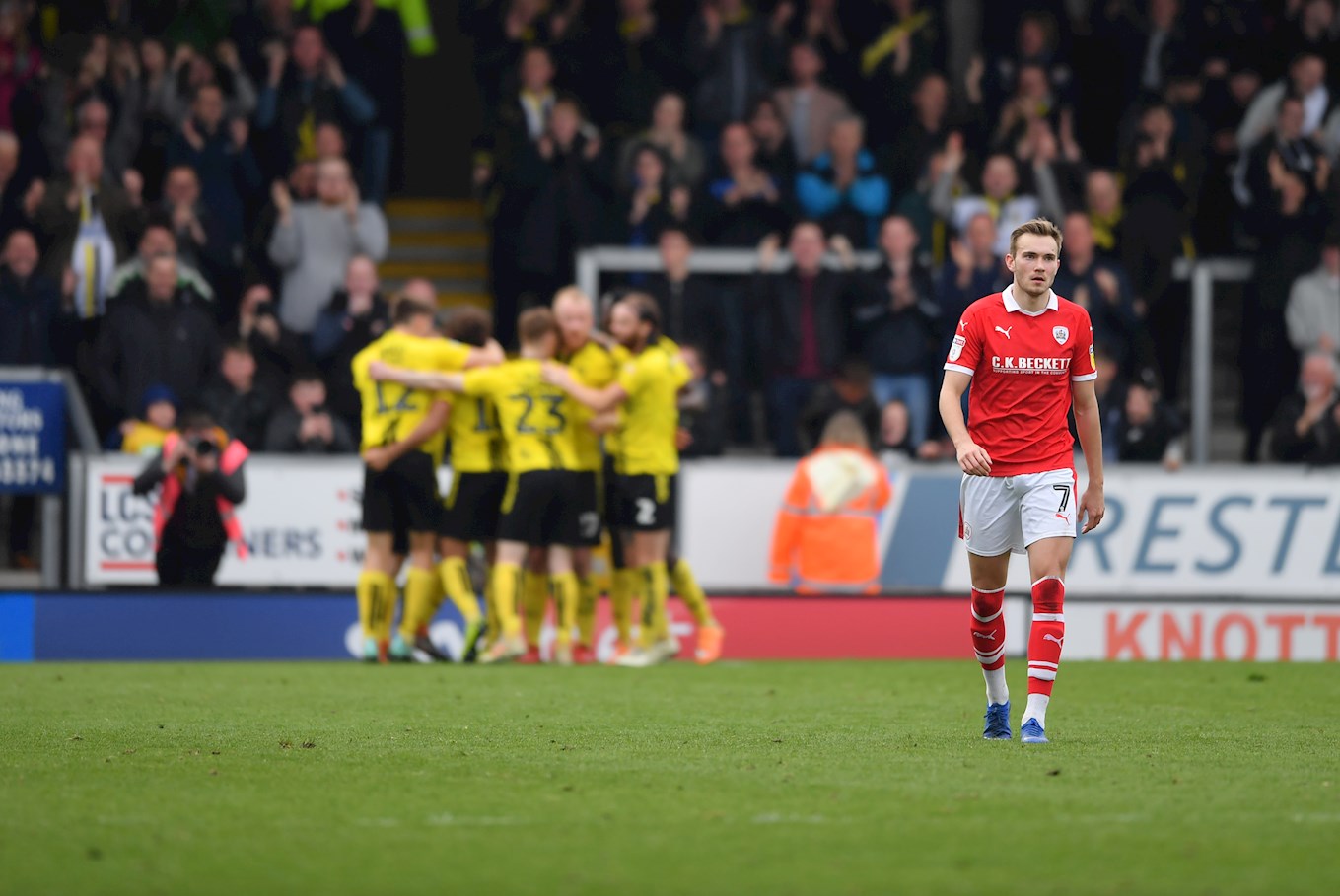 Now sitting third in the table, the Reds are a point behind the Black Cats who also still have a game in-hand on us. As do Pompey, who are currently two points behind. Even Charlton Athletic, such has been their good form of late, could make a late run as they're just three points behind Barnsley having played the same number (41) of games.

Saturday's visitors from the Fylde coast are 11th in Sky Bet League One at present, with their faint hopes of a play-off place fading fast after last weekend's 2-2 draw with Southend Utd at Highbury.

They had to fight back twice from a goal down in that one, with top scorer Ched Evans grabbing a brace against the Shrimpers. 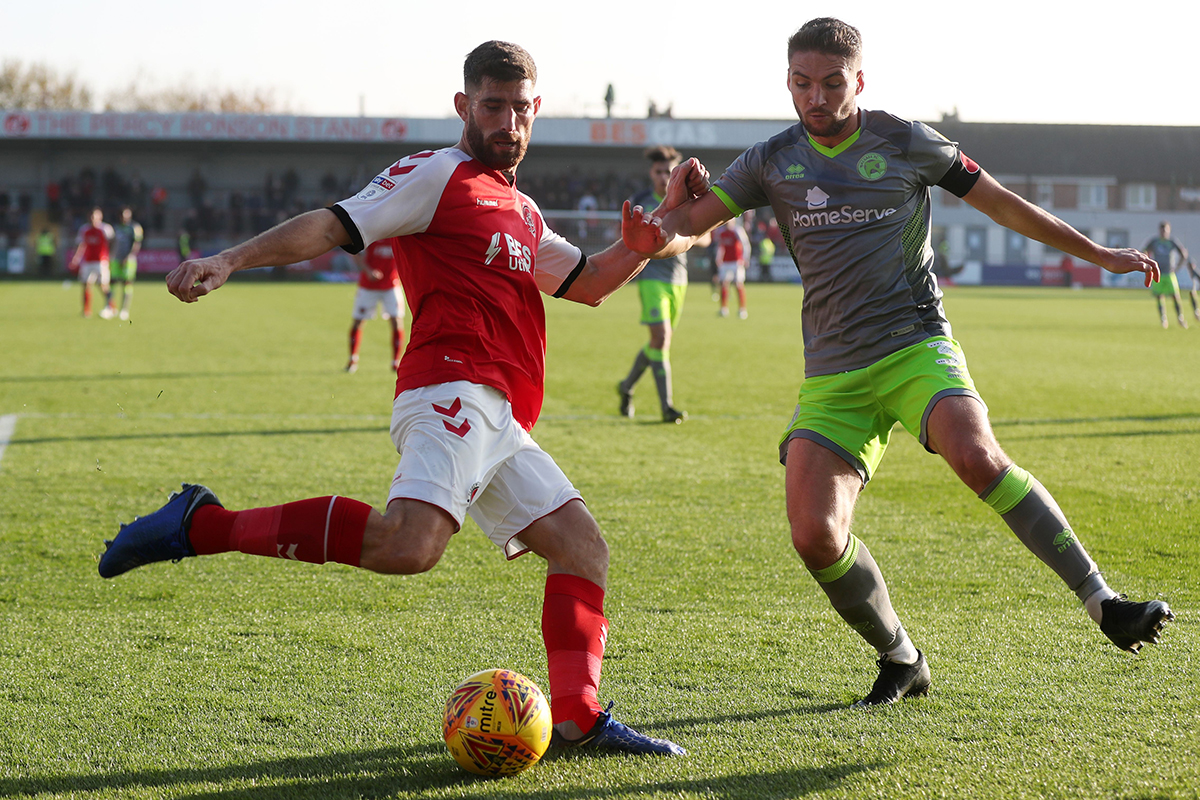 Previous to that they'd won two on the spin, with victories over Accrington and Plymouth. However, with the Cod Army ten points off sixth position, their chances of a top six finish are looking very slim going into this weekend's clash.

Ahead of the fixture, both Dale Tonge and Liam Lindsay met the media in midweek and their pre-match press conference videos are available to subscribers over on iFollow Barnsley.

With no fresh injury concerns, Reds' Head Coach, Daniel Stendel has plenty of options from which to choose from as he looks to regain a winning formula after two games without.

For Fleetwood, led by former England cap Joey Barton, Saturday represents a challenge for his side, but one that he believes the visitors will relish.

He spoke to their official website this week, ahead of the big clash:

“They (Barnsley) are one of the top sides in the division," Barton explained.

"We gave a good account of ourselves in the game at home, and 3-1 was probably fortunate for them. They were a physical and powerful side but we were right in that game.

"Barnsley came down from the Championship, and it is no surprise to see them in the position that they are.

“They have many strengths, but like any team, they do have a vulnerability to them. We have to be 100% going there, we cannot be flaky in any fashion.

"The league table at this stage of the season doesn’t lie and I just hope we go there and give a really good account of ourselves. If we do that, it should be a fantastic game.” 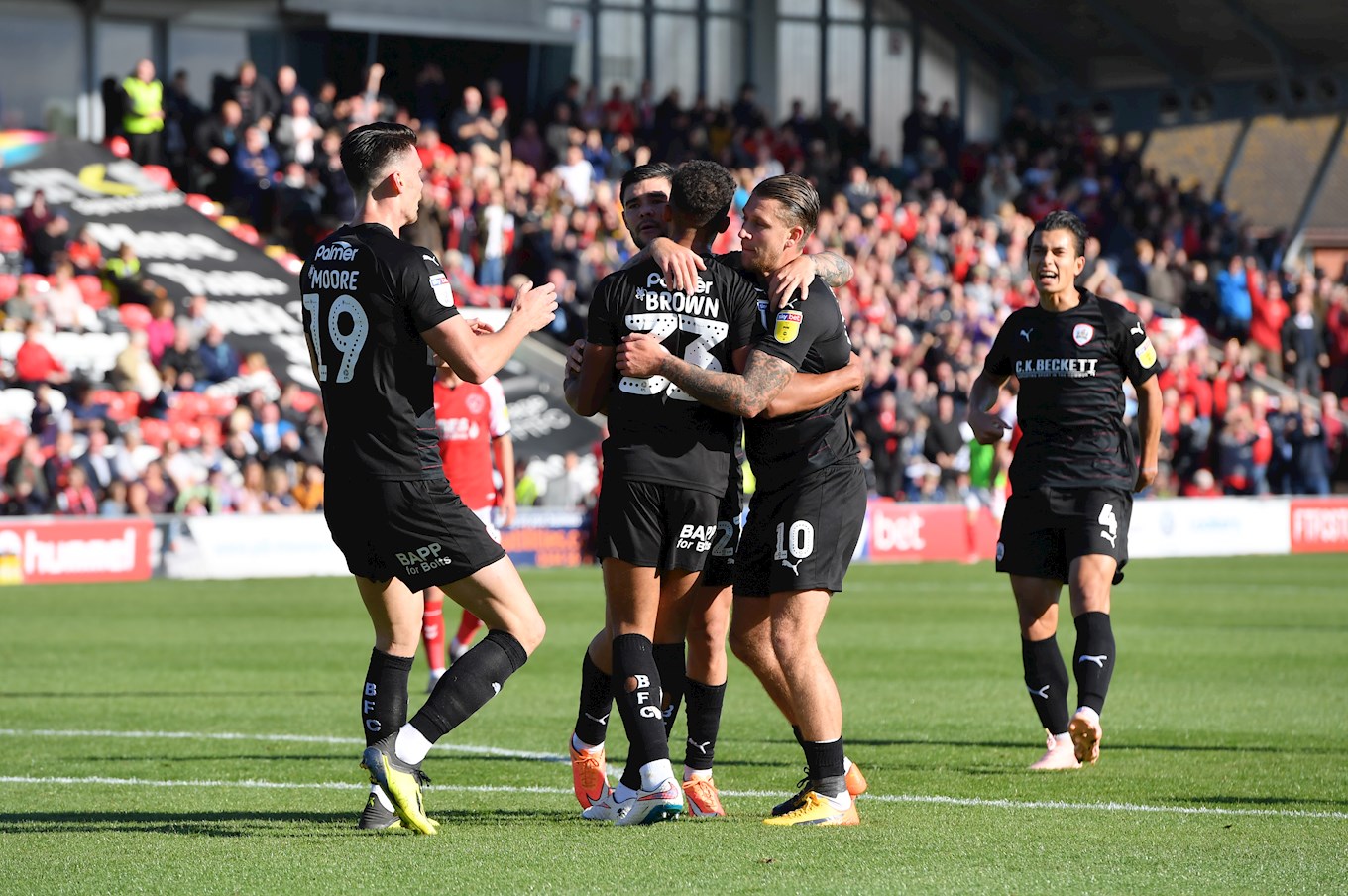 In the reverse fixture earlier this season, the Reds ran out 3-1 winners in what was a competitive contest. Despite former Reds youngster Harrison Biggins opening the scoring, goals from Jacob Brown, Kieffer Moore and Mama Thiam saw Stendel's side to a September success at the seaside.

Interestingly, in just eight previous meetings, Barnsley are still to beat Fleetwood on home soil, and in fact a 2-1 defeat at Oakwell saw the end of Danny Wilson's second spell as Reds manager. 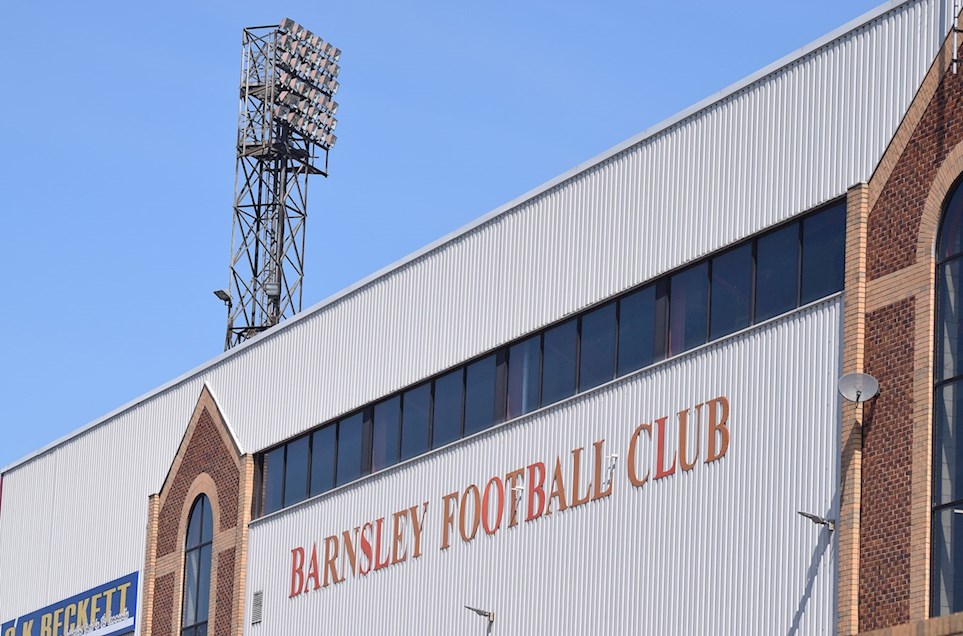 
All the relevant turnstile, ticketing and car parking information ahead of Barnsley Vs Fleetwood Town on Saturday 13th April, 3pm kick-off. 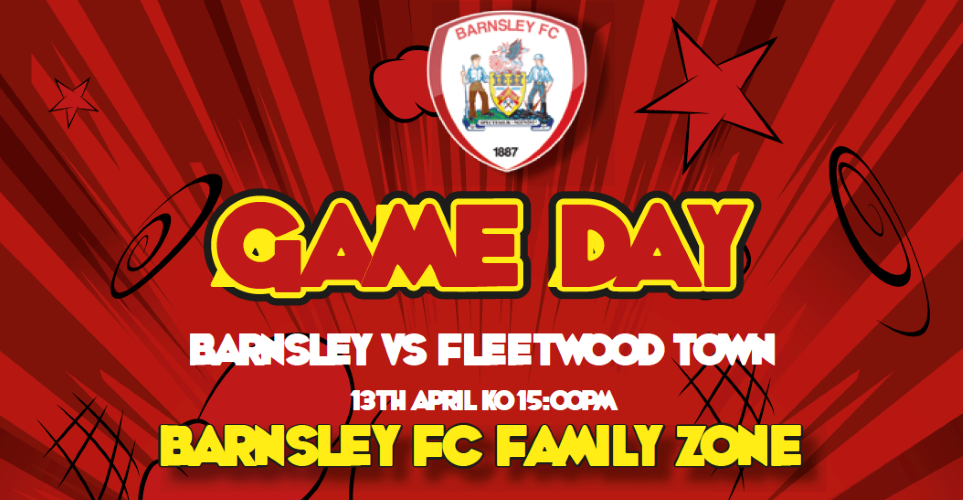 What's In The Family Zone?

The Reds are back into the automatic promotion places as they see off Fleetwood in a six-goal thriller.

Goals from Mike Bähre, Cauley Woodrow, Cam McGeehan and Jacob Brown saw the Reds to an important home victory at Oakwell this afternoon.

Head Coach, Daniel Stendel had made three changes to his starting lineup with Bähre, Jordan Williams and Adam Jackson brought into the side at the expense of Ryan Hedges, Dimitri Cavaré and the injured Liam Lindsay.

In the opening stages, it was probably the visitors on top, with Ashley Nadesan squandering a terrific chance on 10 minutes, but after the game settled down, Barnsley's quality began to shine through.

On 21 minutes, it was the Reds' number 21, Bähre, who broke the deadlock when after great work out wide right by Brown, the German midfielder fired home from a few yards out to notch his first league goal for the Reds.

Alex Mowatt tried his luck from an acute angle, following Dani Pinillos' throw-in and the effort missed the post by an inch.

The lead was doubled on 34 minutes as Woodrow had a second bite of the cherry inside the box and finished in style for 2-0.

On 62 minutes a terrific stop by the skipper, Adam Davies who denied Nadesan with a fine save one-on-one.

But just two minutes later and the away side's pressure paid off as Ched Evans knocked home a loose ball from a corner.

Immediately at the other end, Harry Souttar was dismissed for jumping with an elbow into McGeehan.

And five minutes later it was 3-1 as McGeehan headed home after great work on the left flank from Mama Thiam.

But Town struck back on 77 minutes when Wes Burns headed in at the far post but three minutes later it was game over as Brown met Pinillos' cross at the back stick, a first-time volley that beat Alex Cairns low down, between his legs.

A huge victory for Stendel's men as the race for promotion intensifies.


All the relevant turnstile, ticketing and car parking information ahead of Barnsley Vs Fleetwood Town on Saturday 13th April, 3pm kick-off.

What's In The Family Zone?