Paul Heckingbottom's Reds suffer defeat on the opening day of the season at Ashton Gate.

Three goals in 15 minutes from our hosts were the difference this afternoon as the Reds season got off to a bad start in Bristol.

Bobby Reid opened the scoring on 17 minutes when he powered home a rebound following an initial good save by 'keeper Adam Davies.

It was 3-0 on 31 minutes when Jamie Paterson's clean strike was well saved by Davies only to rebound unluckily for the Reds off Reid and in for his second goal.

Barnsley hit back in second half stoppage time when Ryan Hedges poked home from inside the box.

Hecky went with a 4-4-2 formation; Angus MacDonald, the new Reds skipper partnered Adam Jackson in central defence, with Yiadom left back and new boy Jason McCarthy at right back. Thursday night signing Brad Potts started on the right flank with Alex Mowatt the other side; George Moncur and Everton loanee Joe Willams occupied central midfield. And up front the Reds Gaffer went with Tom Bradshaw and Chelsea loanee Ike Ugbo.

It took just three minutes for the hosts to make their intentions clear. Former Red Josh Brownhill thundered an effort towards goal from distance but Davies tipped the shot onto the crossbar.

The Reds hit the woodwork themselves shortly after as Moncur dazzled in midfield, showed neat footwork before curling an effort against the City crossbar.

But the home side went ahead on 17 when Reid tucked home a rebound following Davies' initial save from Diedhiou.

On 25 minutes it was 2-0 as a cross sailed into the six-yard box that was met firmly by Diedhiou who had out-jumped Yiadom to nod home beyond Davies.

And after Brownhill again tested Davies from distance, Bristol City made it 3-0 as a thumping Paterson strike was well parried by Davies only to ricochet off Reid and into the Barnsley net.

It was a shellshocked Reds side at this stage and Jens Hegeler nearly added a fourth before half-time but saw his point-blank header brilliantly turned away by 'keeper Davies.

Heckingbottom replaced Bradshaw with Adam Hammill at the break as the Reds looked to find a way back into a one-sided contest.

The hosts weren't as attacking in the second period as Barnsley began to finally get on the ball and look for openings.

On the hour mark came the first shot on target as Potts' stooping header was kept out easily by City 'keeper Frank Fielding at his near post.

A few minutes later and Hammill - who was seeing plenty of the ball - beat two defenders but seeing his powerful shot just clear the bar from 25 yards out.

Hedges came on for Potts on 64 minutes.

And the winger soon forced Fielding into another save after good link-up play with Ugbo inside the City box.

The Reds were seeing much more of the ball, their performance much improved since half-time, however, they couldn't quite muster up a clear opportunity in front of goal.

Not until added time in fact, when Hedges capped a decent cameo performance when he found himself a yard inside the box after initial good play by Moncur to poke home to at least give the Reds and the 1,220 supporters some sort of consolation.

Fans must purchase tickets in advance of the game.

The postage deadline for fans to purchase tickets for our opening match of the season with Bristol City at Ashton Gate is today (Wednesday), at 3pm.

The Reds travel to Ashton Gate to get their Sky Bet Championship campaign underway for the 2017/18 season. The two matches between the sides last season saw nine goals scored and we look forward to another entertaining encounter.

PLEASE BE AWARE THERE WILL BE NO PAY ON THE DAY SALES. THIS IS AN ALL TICKET FIXTURE.

Prices for the match are as follows:

Tickets will remain on sale from the Box Office/Reds Superstore until 2pm Friday 4th August, subject to availability. 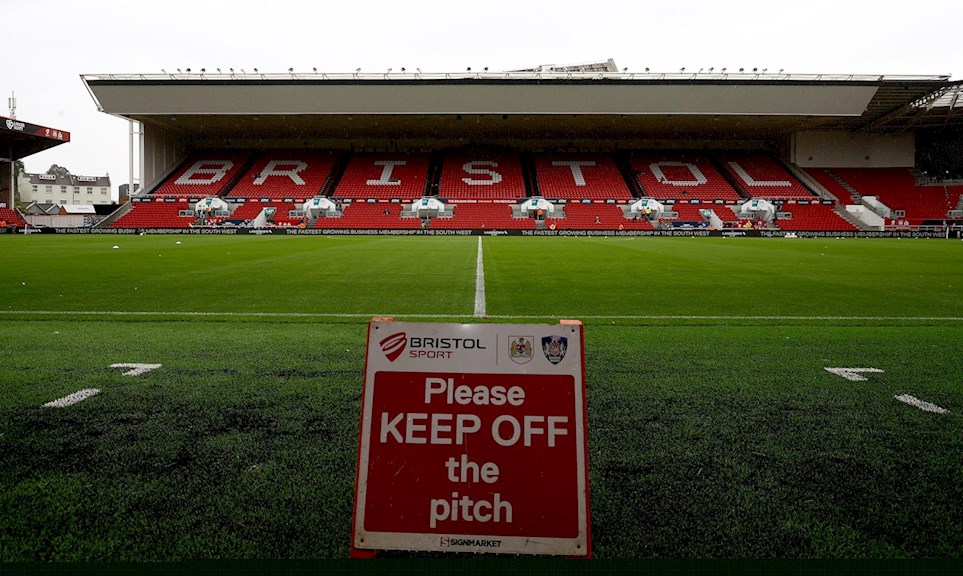