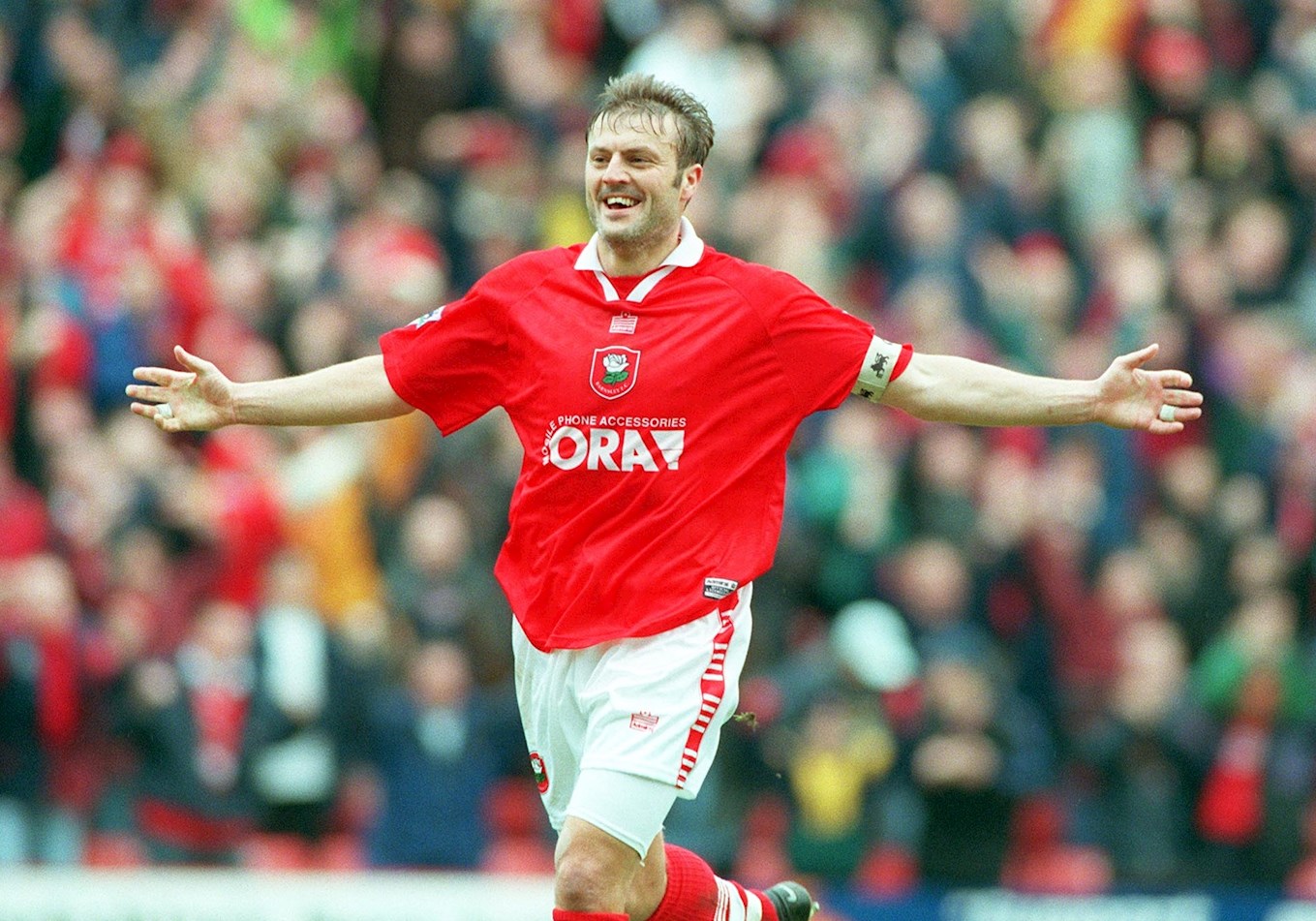 Beginning his career with Nottingham Forest as an apprentice, Dewsbury-born midfielder Neil Redfearn signed for Bolton Wanderers in 1982 playing just 41 times for the Trotters before moving to Lincoln City two years later. After just over a century of games for the Imps, he was back on the move again, this time to Doncaster Rovers where he became a big crowd favourite, named Player of the Year in his first season at Belle Vue.

He played in all 53 games for Rovers in his only year there, notching 15 goals along the way and with the South Yorkshire side strapped for cash, he was on his way once again, this time down South with Crystal Palace paying £120,000 for his services.

After 63 games and 10 goals in just over a year at Selhurst Park, again ‘Redders’ was looking for another club, joining Watford in November of 1988 where he would play 36 times scoring seven goals before, you guessed it, getting back on his travels and pitching up at Boundary Park, signing for Oldham Athletic for £150,000.

He stayed there 18 months making 74 appearances scoring 20 goals for the Latics and was involved in their famous FA Cup run of 1989/90 before joining the Reds - initially on loan - in September of 1991.

It’s without doubt that Neil played his best football with Barnsley, it was the one club where he settled, making Oakwell his home and going on to become one of its greatest ever players.

Impressing the Reds faithful with his enthusiasm and endeavour from midfield, he was probably the best box-to-box midfielder since Frank Bartlett almost 50 years previously. Combining that winning attitude with a superb passing range and the ability to shoot from anywhere on the pitch with either foot, Redfearn was the perfect midfield lynchpin.

During his first two seasons at Oakwell his goal output wasn’t anything to write home about, with just 10 goals in his first 95 games, but he netted double figures in each of the following five campaigns.

He was top scorer for the Reds in both the 1996/97 and 1997/98 seasons, two of the most successful campaigns in the club’s history. In that famous promotion season, he smashed home 19 goals but his overall contribution was immeasurable. Deadly from the spot, a threat with his free-kicks and an absolute leader of men, Neil was Mr Barnsley.

He was just as impressive, if not more so in the top flight despite the Reds’ relegation. At 32-years-old he still showed his full repertoire, notching 14 goals and proving to be one of the most dangerous midfielders in the Premier League. There was even talk of him going to France for the World Cup, but the England call never came.

Leaving the club upon relegation over a wage dispute, Redfearn had another two years in the top flight, first with Charlton Athletic and then Bradford City before a successful stint in the lower leagues with big-spending Wigan Athletic.

Brief spells with Halifax, Rochdale, Boston and Scarborough brought an end to a career that took in 20 different clubs, playing 790 games, scoring 157 goals throughout all four divisions in England.

He’s had coaching experience with Halifax, Northwich, Leeds United and Rotherham and was last in charge of the Liverpool Football Club Ladies Team, after success with Doncaster Belles in 2018.

Quite easily one of the greatest players to have represented Barnsley FC, an icon and legend.

Neil Redfearn was inducted at the 2018 inaugural awards ceremony