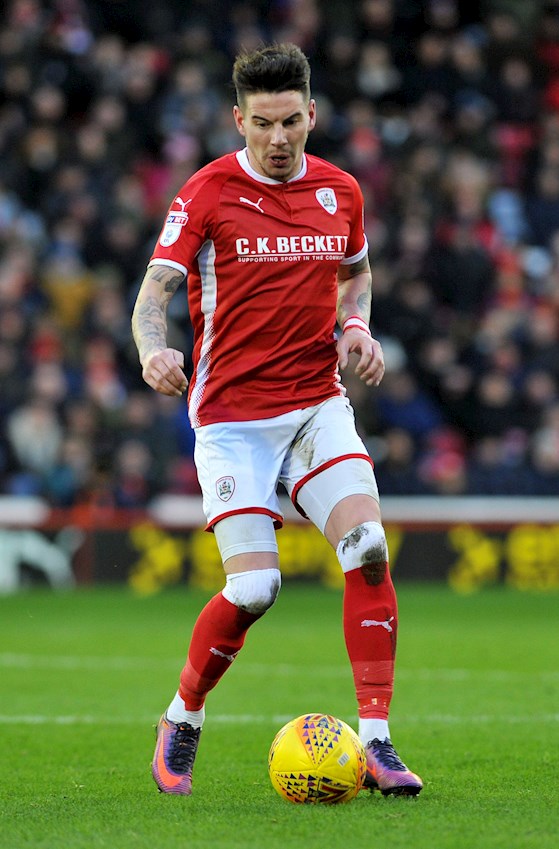 There are many players and managers throughout the history of Barnsley Football Club who’ve returned for a second spell, but it’s very rare they ever make a similarly impressive impact second time around. That can’t be said for Adam Hammill whose two spells at Oakwell see him nominated as the youngest potential Hall of Fame member.

Hammill was born in Liverpool and was a member of the Youth Academy at Liverpool since joining the club as a nine-year-old. After appearing for the youth and reserves teams, he was promoted to Melwood, training with the first team on a full-time basis. He was part of the Liverpool team that defeated Manchester City in the 2006 FA Youth Cup final.

In January of 2007, he got his first taste of senior football when he was loaned to Scottish side Dunfermline Athletic until the end of the season. He played 18 games for Dunfermline, including the Scottish Cup final, and scored one goal, against Glasgow giants Celtic.

He spent the 2007–08 season on loan at Championship side Southampton, making 28 appearances for the Saints but mostly as a substitute. Returning to Anfield, he signed a new five-year contract with Liverpool in July of 2008, before being sent out on loan for a sixth time; joining Blackpool in a six-month deal ahead of the 2008/08 campaign.

He made 19 appearances before the turn of the year before Rafa Benitez recalled him to take a closer look at how Adam had developed. He did however have a second loan deal during the 2008–09 season, but it was instead with the Reds rather than Blackpool, whom he joined in February of 2009 for the remainder of the campaign.

Hammill made his Barnsley debut on 17th February 2009, where he came on as a substitute for Andranik Teymourian in the 80th minute, in the famous 1–0 win over Sheffield Wednesday at Hillsborough. Having become a first team regular throughout the season, Hammill scored his first Barnsley goal whilst on loan, in the last game of the season - a 2–1 win over Plymouth Argyle, a result that secured the Reds’ survival.

He signed permanently for the Reds that summer, signing a three-year deal at Oakwell and he went on to make 43 appearances that season scoring four times, with his goals against Doncaster Rovers and Derby County living long in the memory.

It was the 2010/11 season that catapulted Hammill into the spotlight, with a stellar first half of the season, scoring 8 goals in 27 appearances, mostly from long range. Numerous Premier League clubs were keeping a keen eye on the wing wizard and at the end of January 2011, it was Wolverhampton Wanderers who signed him, and he would makes his Wolves debut against former club Liverpool a few days later.

His two-year stay at Wolves never really got going and loan spells at Middlesbrough and Huddersfield Town didn’t re-ignite his career either. Making just 26 starts in the two years since leaving Oakwell, scoring just three goals, Hammill however decided to sign permanently with Huddersfield and his old boss at Barnsley, Mark Robins.

Often played as a right wing-back with the Terriers, Hammill began to develop his defensive game and was once again a regular under Robins in the 2013/14 campaign and recorded 14 assists for Town, scoring four goals. But in the 2014/15 campaign under new manager Chris Powell he was shunned, spending much of the following season in the reserves and out in the cold.

A short loan spell with Rotherham United was highly forgettable and after his release in the summer of 2015, he eventually found a new home, or should that be an old one..?

It was November 9th and Lee Johnson re-signed him for Barnsley. After an outstanding goal and assist on his second Reds debut against York City, Hammill never looked back. Joining the Reds with them stuck at the wrong end of the table, he was hugely pivotal in the club’s promotion back to the second tier as well as helping Barnsley to a first ever trophy win at Wembley, scoring trademark wonder goals in both Wembley finals.

Two more seasons with the Reds at Championship level followed and upon his departure from Oakwell in the summer of 2018, Hammill had made 199 Barnsley appearances scoring 26 goals. But it was the tricks, the showboating, the graft and the fun as well as special memories that will last a lifetime that see him rightly regarded as one of Barnsley FC’s very best players. A modern day hero. Hall of Fame material.