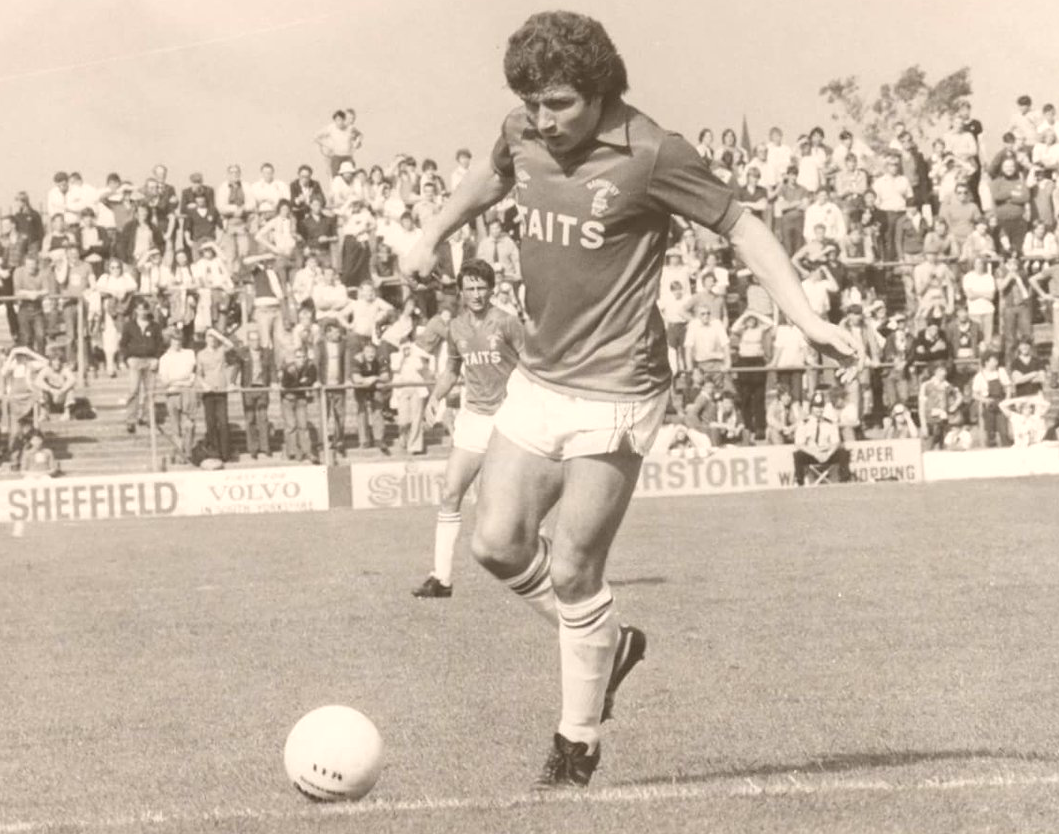 If you were trying to build an attacking footballer, you’d want to give him exceptional awareness, vision and intricate footwork. He’d need sublime control, technique and the ability to shoot from all angles. Whilst pace is always effective, acceleration itself is the key. The knack of being a yard ahead of the play, in feet and mind.

In the 1980’s, he certainly ruled at Oakwell with many visiting the Scotsman’s palace only to be leaving empty-handed. Glavin is still regarded as the most gifted natural talent to grace the hallowed turf here at Barnsley FC and was one of the selection committees first names mentioned when putting together the Oakwell Hall Of Fame nominees.

Ronnie started his professional career in his native Scotland with Patrick Thistle where he helped them to win the Second Division title in 1971. In 1972 he played his part in their League Cup success, beating Celtic 4-1 in the final. In four years at Firhill, he would notch 35 goals in 135 appearances before a move to the green and white hoops and Glasgow.

He soon made his international debut against Sweden but was never selected again for his country, despite going on that season to top the goalscoring charts as Celtic lifted the Scottish Championship.

After netting 36 times in 102 games for the Glasgow giants, Glavin was lured to Oakwell by Allan Clarke, signing for just £40,000 to begin a career in 1979 that would thrill all in attendance.

Initially he was slow, lethargic, struggling to impress, but he soon clicked into gear and in his first season he managed a fantastic 23 goals in 48 games, with eight of those strikes coming from the penalty spot. It was some total for a midfielder.

The Reds finished 11th that year in the Third Division with Ronnie named the supporters’ Player of the Season. The following season Barnsley were promoted back to the second tier and his 18 goals in 37 appearances were pivotal to that success. He scored his first hat-trick in a 4-2 victory over Mansfield in the League Cup; at Christmas he put in an outstanding performance in a 3-0 win over Walsall, with his second goal a thunderous 30-yard strike. And indeed it was fitting that he would be the one to score the goal against Rotherham to take the Reds back to the Second Division for the first time in 22 years.

A week on and he completed another hat-trick as the Reds swept aside Newport County, with promotion achieved and a place for Glavin in the Team of the Year alongside teammate Mick McCarthy.

In 1982/83 the goals continued to flow - another 21 in 39 games - including a truly memorable winner at Hillsborough over Sheffield Wednesday on Easter Monday. That backed up his taste for Sheffield having already bagged a brace in a 3-1 League Cup victory over Sheffield United at Bramall Lane.

The following season was ultimately his last and another 11 goals were struck before he left Oakwell for Portuguese outfit Belenenses. His stay overseas didn’t last long as he returned to Barnsley as player/coach but played just seven more matches before calling it a day.

215 appearances, 93 Reds goals - Ronnie Glavin was quite easily one of the greats.

Still living in the area to this day, Ronnie returned to the club for a brief spell as first team coach in 2003 alongside manager Gudjon Thordarson.