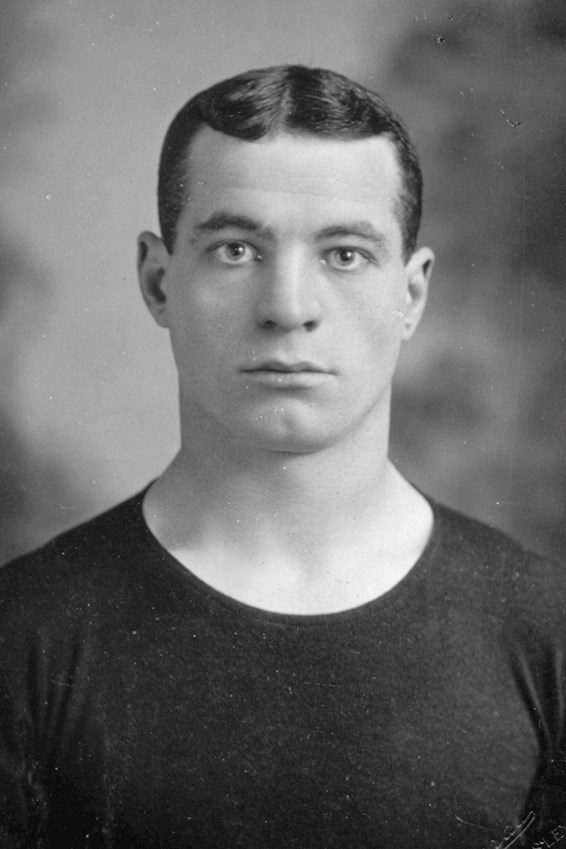 John Thomas Downs, better known as ‘Dickie’ throughout football, represented the Reds for 12 years with distinction.

Joining Barnsley from North East outfit Shildon Athletic in 1908, Downs could play comfortably in either full back position, and he immediately secured a regular spot in the side, proving to be a resilient and excellent defender.

Downs became famous as the originator of the ‘sliding tackle’. It might well be a regular challenge nowadays in modern football, but at the time it was seen as a remarkable piece of ingenuity.

Over his 308 appearances for Barnsley, Dickie played in both the losing FA Cup final in 1910 against Newcastle United and the triumphant 1912 final victory over West Bromwich Albion.

In 1920, Dickie became the first player to make 300 appearances for Barnsley FC before leaving Oakwell for Goodison Park and Everton, where he would soon pick up his one England cap, against Ireland.

That season, he also represented the North of England against the South, which were very big occasions in English football at the time.

He’d make 94 appearances for the Toffees before a brief spell at Brighton finished his career in 1925. In retiring, Dickie returned to his native North East where he passed away in March of 1949.