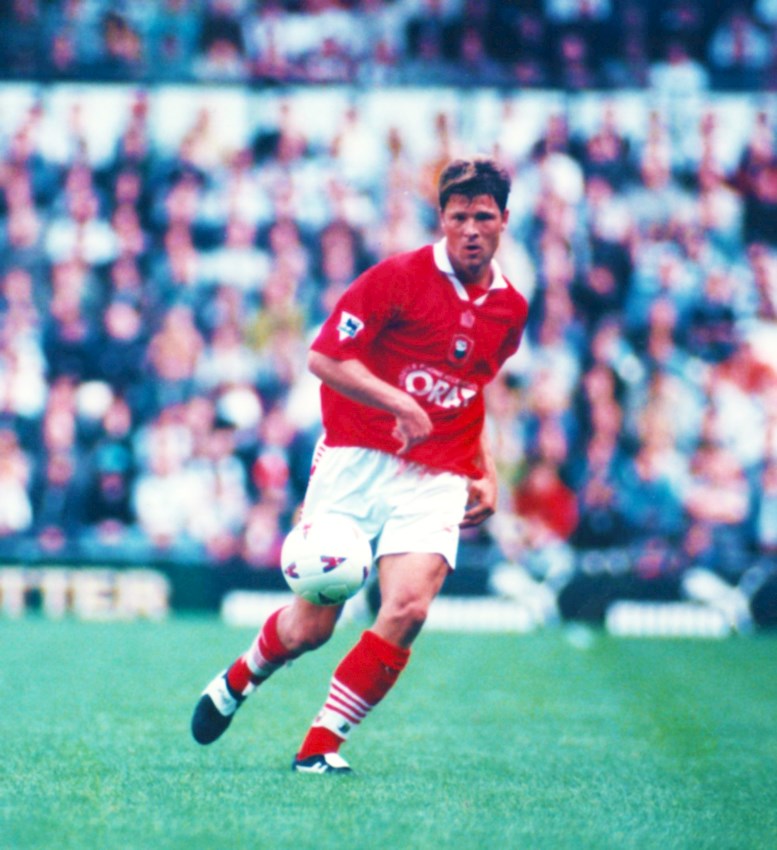 The cultured centre half was recruited in October of 1995 from Dutch minnows Telstar for a fee of £200,000 and the signing was very un-Barnsley at the time, a real left-field piece of business by Danny Wilson but quite possibly the best business he managed during his two spells as manager.

Voted the club’s Player of the Season in 1996/97, the Reds’ promotion to the Premier League was so glorious there could have been so many winners, so it’s some testament to his impact on Barnsley that ‘Arry’ would lift that particular trophy.

Alongside Steve Davis and Matty Appleby, De Zeeuw was an assured presence, calm on the ball and a rock in the air in Wilson’s fabled back three. The way he helped youngsters Adi Moses, Scott Jones and Chris Morgan as they all debuted during his time at Oakwell is something that can’t be ignored either.

His Premier League season was disrupted by injury, but still made 26 appearances in the Reds’ ultimately unsuccessful attempt at surviving the drop.

When Wilson jumped ship for Sheffield Wednesday, rumours suggested Arjan would be joining him as his first recruit at Hillsborough. But De Zeeuw remained for another 12 months, making another 49 league and cup appearances.

He was moved on in the summer of 1999 by new boss Dave Bassett and joined Wigan Athletic where he would spend a successful three years before signing for Portsmouth in the Premier League where he proved he was indeed a top flight defender, earning many a plaudit.

He later re-joined Wigan and proved an heroic figure in their debut Premier League campaign, surviving, in part to the abilities of the Dutch centre half.

Brief spells with Coventry City and ADO in his homeland saw him finish his career, before taking up a completely new vocation - De Zeeuw is now an investigative detective in Holland, specialising in forensics.