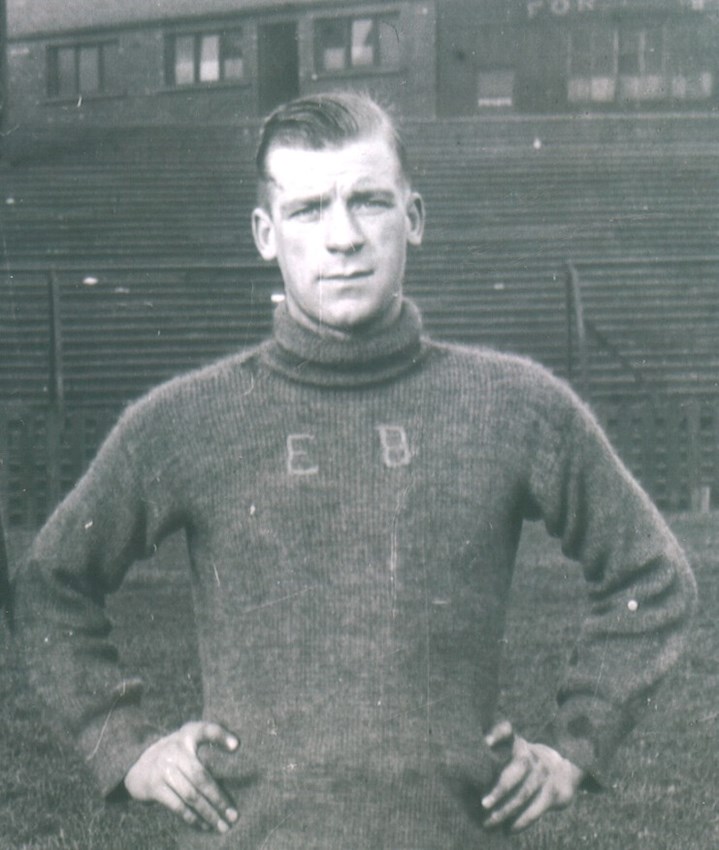 In the formative years of Barnsley Football Club, flying wingers were something the club became known for finding, and in Eric Brook, they found one of the very best.

Born in nearby Mexborough, Brook signed at Oakwell from Wath Athletic after manager Peter Sant saw him play only once before getting him to put pen to paper. He made his debut at just 18 years of age against Derby County back in 1926 and never looked back.

An ever-present the season afterwards, scoring 11 goals in 42 games with his famous hammer of a left foot, his searing pace and sublime skill on the ball troubled Second Division defences throughout the season and once another youngster teamed up with him in Fred Tilson, the duo would go on to make waves in English football, at Oakwell and soon enough, well beyond.

After beginning the 1927/28 campaign in red hot fashion he followed Tilson to Manchester City for £4,000 as the club struggled with losing money. During his short Reds career he made 81 appearances scoring 18 goals and created many, many more.

He instantly became a fan favourite at Maine Road and at just 21-years-old he was capped by England. He would score his first England goal against Ireland and followed that by scoring six in his next seven internationals. He was frankly England’s premier outside-left between the wars.

At City he became a club legend, making 493 appearances and scoring 177 goals. He would reach two FA Cup finals - City lost 1-0 to Everton in 1933 but beat Portsmouth 2-0 a year later in 1934. It’s probably no surprise that lifting the First Division title in 1937 was his greatest achievement.

In retirement he stayed in the city of Manchester where he passed away aged 57 in March of 1965.