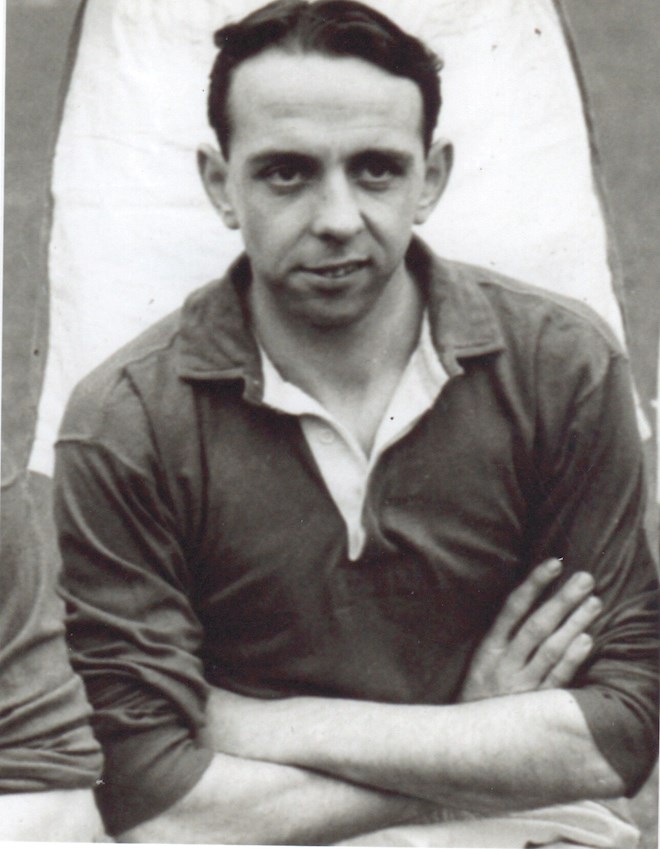 Quite easily regarded by those who saw him play as the greatest passer of a football they’d seen, including his future teammate the great Sir Tom Finney.

James Cunningham Baxter was born in Dunfermline, Scotland and joined his local side as a 16-year-old in 1942. He would join the Reds in August of 1945 and kick off a love story that would end only with his passing nearly 50 years later.

Playing at left-half for Barnsley, with the great Johnny Kelly ahead of him, Baxter was diminutive, frail perhaps, he was an artist, two-footed with exquisite ball control and could put the ball right onto the toes of his teammates such was the accuracy of his passing.

He scored five goals in 35 games of his first campaign at Oakwell; the most notable of the five was the winning strike in an FA Cup tie at Huddersfield Town, where he spotted Town ‘keeper Bob Hesford off his line and produced a magnificent chip that sealed a famous 4-3 victory.

Infamously he scored a delightful brace in the 1949/50 season in a 4-0 destruction of rivals Sheffield Wednesday, they were just two of 37 goals he’d scored in those next three seasons.

In July of 1952, exactly 12 months after refusing to sign for Preston North End, Jimmy this time made the move across the Pennines and into the First Division for a £16,000 transfer fee.

He gave the Lancashire club great service also, 263 games with 59 goals scored and many more assisted, Jimmy played in PNE’s 3-2 defeat in the FA Cup final against West Bromwich Albion alongside Finney who described Baxter as the ‘finest passer I’ve played with’.

In August of 1959, Baxter re-signed at Oakwell but he wasn’t the same player, naturally. His return lasted the one year, another 28 appearances and three more goals taking his Reds tally overall to 263 games and 59 goals.

He stayed in Barnsley upon retirement, and passed away at the age of 68 in May of 1994.