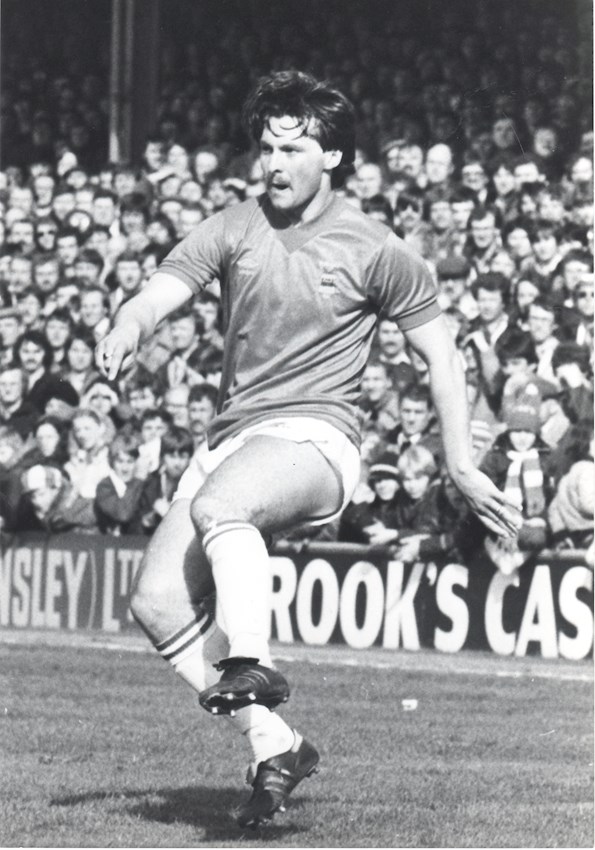 In the 1979/80 campaign he firmly established himself as a first team regular, an attractive, ball-playing operator, he made 38 appearances in that first season and showed a knack for scoring long-range goals.

It was over the next two seasons that he was seen as a key man for the Reds, blossoming into a more regular goalscorer, well-balanced, capable of shooting off either foot, he notched 30 times in 87 league and cup appearances. Along with the great Ronnie Glavin, Barnsley had arguably the best goalscoring midfielders outside the top flight.

One of his goals in particular was very special in 1981 when with the game against Burnley locked at 2-2, Banks strode up and smashed home a 35-yard free-kick for the win.

The following season he banged in a hat-trick in a local derby victory against Rotherham United, scored winners against Chelsea, Oldham and was soon attracting interest from various suitors. The enigmatic midfielder signed for Leicester City in the summer of 1983 for a fee of £100,000, achieving his ambition of playing top-flight football.

His time at Filbert Street wasn’t as noteworthy, and after three years he moved to Huddersfield Town, had a spell at Bradford City before a short period with West Brom. He would return to Oakwell in 1989, spending another three years with the Reds and cementing his legacy as a hero to the Barnsley faithful.

Coaching spells followed upon retirement with the likes of Bradford and Chesterfield before a spell in management with Emley.