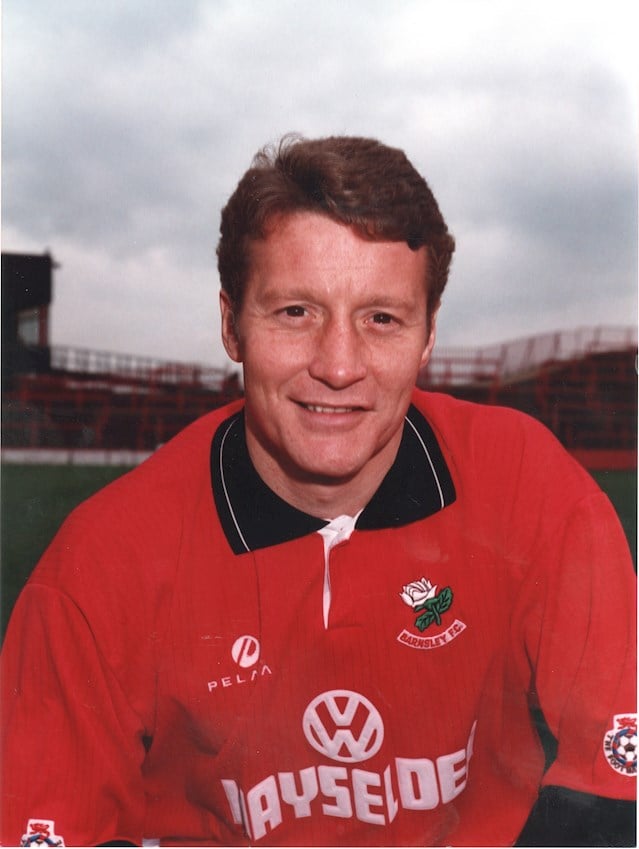 The man at the helm during arguably the most successful era at Barnsley Football Club, Danny Wilson was a breath of fresh air at Oakwell and helped transform the outside image of not only the club itself but of the town and its people.

A very successful playing career preceded all of that however, with Wilson enjoying spells with Bury, Chesterfield and then Nottingham Forest in his formative years before nearly four years on the South Coast with Brighton in which he scored 33 times in 135 games despite playing a very defensive role in midfield for the Seagulls.

His form with Albion attracted the attention of First Division outfit Luton Town who paid £150,000 for his services back in 1987. Well over 100 appearances followed for the Hatters, including the standout performance at Wembley a year later when he scored in the victory over Arsenal in the League Cup final.

In August of 1990 he moved back North and joined Sheffield Wednesday for £200,000 where he became a big favourite amongst Owls supporters, loved for his never-say-die attitude and will to win. In three years at Hillsborough he won the League Cup again, promotion to the top flight and four more Wembley appearances whilst also making his International debut for Northern Ireland.

It was another £200,000 fee which saw him make the short move to Oakwell in August of 1993, where he would combine his playing duties with coaching alongside ex Owls teammate and new Reds boss Viv Anderson.

The arrival of Wilson in midfield allowed Neil Redfearn to get forward a lot more from midfield and it was no coincidence that the latter would begin to score more frequently from 1993 onwards. And when Anderson left to join Middlesbrough a year later, Wilson was tasked with taking the reins himself as player/manager.

The Reds finished 6th in his first season in charge, ordinarily a playoff position but the restructuring of the Premier League meant the club finished one place outside. It was a mid-table finish in 1995/96 after a transitional period in terms of squad building and the departure of key players.

But in the 1996/97 campaign he guided the Reds to the Premier League for the first time in their history, finishing as runners-up after an outstanding nine months where not only were they successful, the team managed promotion by playing with a swagger and style that gained plaudits from across the football world.

The Premier League journey was a short one, the solitary campaign brought mass attention to the football club and town but was ultimately unsuccessful and upon relegation back to the second tier, Wilson jumped ship to rivals Sheffield Wednesday, much to the chagrin of Reds supporters.

His time back at S6 is seen by Owls fans as a disastrous one, despite a fine first campaign, guiding them to 12th despite the loss of good players and a lack of investment; he was sacked early in the year 2000 with Wednesday relegated later in the season. Over the next 10 years he became a relatively successful lower league manager, with spells at Bristol City, Hartlepool, Swindon Town and MK Dons before ending up back in Sheffield with United this time.

He was controversially dismissed by the Blades in 2013 despite them sitting in the League One playoff positions at the time. And in December of that year he made a dramatic return to Oakwell as Barnsley looked to their former hero to guide them to safety in the Championship.

Sadly, the battle to avoid the dreaded drop was a losing one and Wilson’s second spell was cut short 15 months into it with Barnsley struggling in the division below.

Quite simply, a wonderful man, and a bonafide legend of Barnsley Football Club who led the Reds where no man had before.