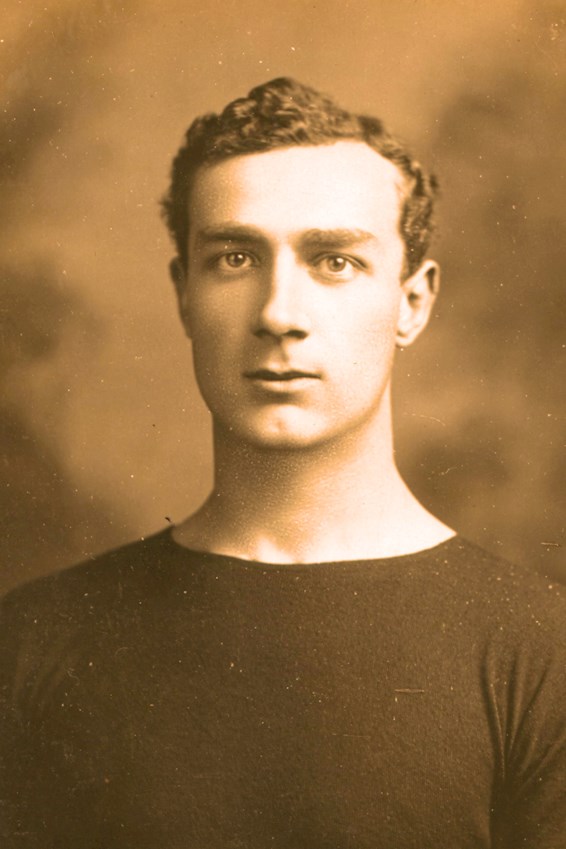 Born in Elsecar in the year Barnsley FC was established, George Utley is another proud local boy who went to the very top in the game.

It might have been different had he signed for Sheffield Wednesday who’d first offered him a trial, but an injury meant The Owls didn’t pursue Utley and he signed for the Reds in January of 1908.

After first deputising for the experienced Arnold Oxspring, making just the odd appearance, he cemented a regular place in the side at the start of the 1909/10 season, making the left half position his own in a memorable campaign as the Reds reached the FA Cup final.

Despite that defeat to Newcastle United, Utley was picked out as the star man in the showpiece event and he developed a name for himself as a strong and dependable player who despite his youth, played with the markings of a much older head.

Notorious for his massive, long throw and thunderbolt shot from the left hand side of play, Utley would once again prove a key part of the Reds side who reached the FA Cup final, as this time they emerged triumphant against West Bromwich Albion in 1912.

When he represented England against Ireland in Belfast during the 1912/13 season, he became the first and still to this day, the only player to play for England whilst on the books of Barnsley FC. Just a week later, he scored one of the best goals of his career, a 45-yard free kick against Leicester City.

Later that year, after 193 Reds appearances he transferred to rivals Sheffield United for £2,000 and would go on to be just as vital at Bramall Lane, again helping his side lift the FA Cup, as United beat Chelsea 3-0 with George the Blades’ captain.

He had brief spells at Manchester City and Bristol City in the late stages of his career, before coaching stints with Sheffield Wednesday and Fulham.

He retired to Blackpool in his forties and ran a poultry farm, met his wife and remained on the West Coast until his death in 1966 at the age of 78.