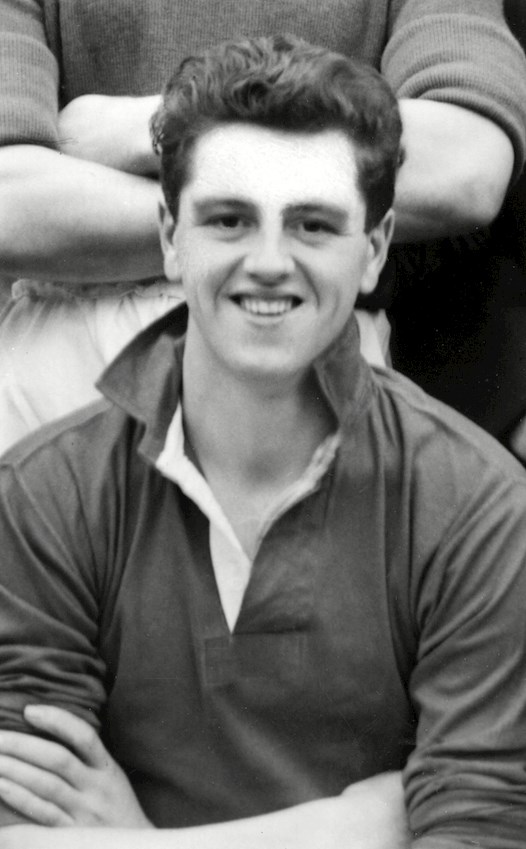 One would imagine that Tommy Taylor is still probably the best-known player to have represented Barnsley Football Club over the 131 years of its existence, although a certain John Stones might well be pushing him close these days.

Born in nearby Smithies, Taylor wasn’t said to be overly keen on playing football upon leaving school, and he went to work at Wharncliffe Woodmoor pit as a 16-year-old, but playing for Smithies United on a weekend. He was spotted by a Barnsley scout in 1949 and signed terms in July of that year.

Very slight of build at the time, two years in the Armed Forces on national service saw to that, as he returned a much bigger 18-year-old, signing professional forms and making his debut alongside the great Cecil McCormack in a victory over Grimsby Town in which the latter bagged a hat-trick in a season where he’d break the goalscoring club record for a single campaign.

Four weeks later he made his second appearance, playing inside-left at Oakwell against QPR, sending the Reds faithful into raptures by scoring a terrific hat-trick in a 7-0 demolition job. Further goals against Coventry City and Leicester City took his tally to seven goals in 12 first team games and the Reds knew they’d unearthed a real gem.

Due to Army commitments he made only four appearances the following season but in the subsequent campaign he took the Second Division by storm playing centre forward after the departure of McCormack.

He would score 21 goals in 30 appearances, with his brace against Brighton being the highlight; Barnsley were 3-0 down at half time in the FA Cup tie before winning the match 4-3, Tommy scoring the winner as Oakwell erupted with joy.

On March 4th 1953, Sir Matt Busby made him Manchester United’s new signing, the £29,999 transfer fee a world record at the time. Three days later, Taylor scored a header against Preston in a 5-2 win and he’d end the season at Old Trafford having scored seven goals in 13 games.

A few weeks later he made his England debut in Buenos Aires against Argentina in front of 100,000 fans. The match was later abandoned after heavy rain, but Tommy would score in his next games against Chile and Uruguay.

He would go on to score 25 goals as United lifted the title in 1956, followed by 22 goals as they defended their crown in 1957. By the time he’d scored a brace against France for England, he’d notched 16 goals in just 19 internationals.

Between 1956 and 1958 he was prolific in Europe for United too, scoring 12 goals in 14 European Cup matches, his final goal coming in a 3-3 draw away against Partizan Belgrade. Sadly, upon leaving Munich Airport after the match, the plane that the United team were boarding careered off the runway and crashed, causing 20 fatalities at the scene, one of whom was Tommy Taylor.

He was just 26-years-of-age and had scored 28 goals in 46 games for Barnsley, 112 goals in 168 games for Manchester United and 16 goals in 19 England appearances. Basing his game on tremendous strength and electrifying pace, allied with two great feet and incredible aerial power, Tommy was without question the greatest striker in Europe at the time and might well have proven to be the very best of all time had he not perished so sadly on that awful day in Munich.

Never to be forgotten, one of the greatest to play the game and one of our very own.