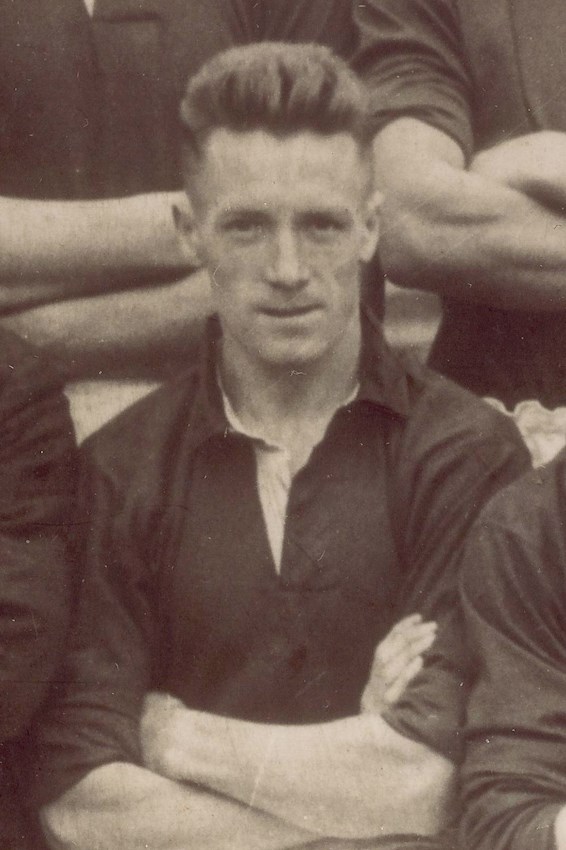 Richard ‘Dickie’ Spence was yet another local boy done good, born in Platts Common in the same Hoyland vicinity as Tommy Boyle and George Utley.

He scored 88 goals for Platts Common’s working men’s club during the 1931/32 season and this alerted the attention of numerous league clubs, including Yorkshire rivals Leeds United and Sheffield Wednesday.

Before they could offer him anything, Reds manager Brough Fletcher swooped to sign him at 25-years-old and seven days later he scored on his debut in a 6-2 win over Darlington.

His first full season was the 1933/34 campaign, in which he played such a huge role as the Reds won the Third Division (N) title. Scoring and making goals with alarming regularity, including a brace in a club record 9-0 away win at Accrington, he would score 19 times from the inside-right position, his 19th being ever-so crucial. The Reds needed to beat New Brighton on the final day of the season to clinch the title, and with 16 minutes on the clock, Dickie received the ball on halfway, burst past two defenders before unleashing an unstoppable effort from all of 25 yards out that flew into the net giving Barnsley FC a 1-0 win and the Championship title.

After four goals in the first eight games of the following season back in Division Two, Spence was transferred to Chelsea for £4,000 much to the disappointment of Barnsley supporters at the time.

Representing Chelsea for 14 years, he made 224 appearances in West London scoring 63 goals and earning two England caps along the way. He was Chelsea’s oldest outfield player when making his final appearance for the club at 39-years-old.

He remained at Stamford Bridge for another two decades on the coaching staff, helping to unearth talents such as Jimmy Greaves, Bobby Tambling and Terry Venables before his death in March of 1984 at the age of 74.