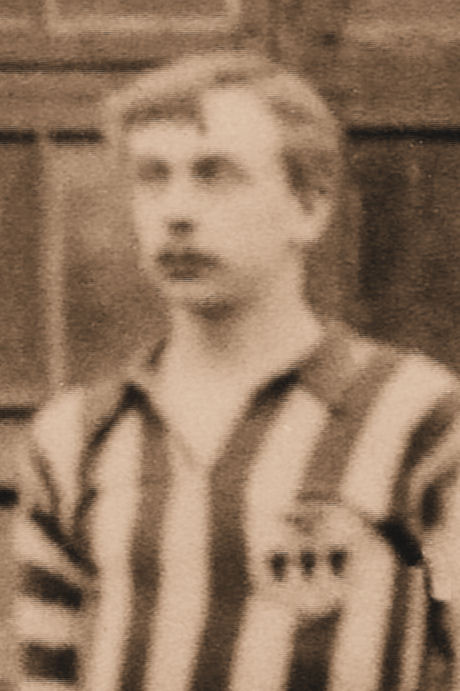 Whilst unknown to many, Tom Nixon has a special place in Barnsley's history in that he is the only player to have played in the club's inaugural season of 1887 and in the Reds’ first ever league game on the 1st of September 1898 at Lincoln City. According to newspaper line-ups Tom signed for the club towards the end of September 1887 from Ardsley Athletic.

He did not play in the first ever Reds match, the friendly against Manor Park on the 17th of September, but did play in the club’s second game against Gawber on the 15th of October 1887.

'Nico' was born in Wombwell and was a well respected figure in local football circles as a resolute and dependable full-back, who even in those days liked to venture forward and attack. In 1888 he had an offer to join nearby Sheffield Wednesday, but declined the offer as he believed the Reds were going to be a more competitive club in South Yorkshire.

In the first three years of the club's history there was only friendly games, of which Tom was always a regular and his reported first goal was in the 1893-94 season in the Sheffield Challenge Cup in a 5-3 win. In the summer of 1896, he decided to move across the Pennines to Second Division Darwen with his colleague Don Lees.  However, they both returned to Oakwell after only one season and he finished his career with Barnsley at the end of the 1899-1900 campaign, when he retired from football.

Although he his only officially credited with 57 league and cup games and no goals, he was probably the first Barnsley player to have played both 100 and 200 games respectively. His reported non-league ‘friendly’ appearances totalled a minimum of 177 with two goals to his credit.