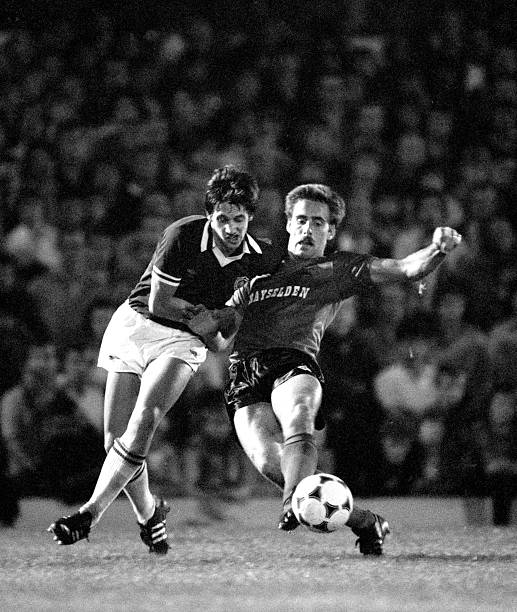 Arguably the greatest centre half to represent the Reds since the second world war, Mick McCarthy was yet another hometown player to succeed at Oakwell and beyond.

Making his Barnsley debut as an 18-year-old, the moustachioed defender made his debut in a League Cup tie with Chesterfield, scoring in fact and he from that day forward made the centre half spot his own.

In his first two seasons at Oakwell he was an ever-present, in that second campaign he was a huge reason for the Reds’ promotion from the Fourth Division, earning himself a spot in the Team of the Year along the way.

In the Spring of 1980, Allan Clarke recruited the experienced Ian Evans to partner McCarthy at the back, and the Welsh international proved an astute purchase with the pair going on to cement their status as one of the greatest central defensive duos in the club’s history.

On fire during the promotion campaign of 1980/81 and during the splendid League Cup run a year later, Mick was comfortably the most consistent performer alongside Ronnie Glavin, putting in notably terrific displays against both Liverpool and Manchester City, and scoring with an absolute bullet header in a 4-1 win over Brighton as rumours of a First Division move grew noisy.

Unbeatable in the air, tough in the tackle and a superb reader of the game, McCarthy was eventually snapped up by Manchester City in December of 1983 having made 314 appearances for Barnsley scoring 10 goals. Voted Player of the Season by supporters on three occasions (1978, 1979 and 1981) he was a bonafide club legend.

Despite playing just 24 games in the rest of the season at Maine Road, such was his impact for City, he was named Player of the Year there too.

A year later he captained the club to promotion and was first selected for Ireland international duty, owing to his father being born in Waterford. He made his debut for them in 1984 against Poland and would go on to gain 57 caps in total, representing the Irish at Italia ’90 where they lost out to the hosts in the Quarter Finals.

He joined Celtic in 1987 and would help them to a league and cup double in his first season at Parkhead. After 48 appearances in Scotland he spent two years in France with Ligue 1 giants Lyon before coming back to England with Millwall where he finished his playing career.

He then began his managerial career at the Den and left only for the Ireland job in 1997, narrowly failing to take them to the World Cup of 1998, losing out to Belgium in the playoffs. However, four years later he guided them to the 2002 World Cup in Korea and Japan, eliminated once again on penalties.

Appointed manager of Sunderland in 2003, after being unable to save them from relegation from the Premier League he guided them back up as Champions in 2005.

He took Wolves to the Premier League too and was most recently in charge of Ipswich Town before leaving his post after a 1-0 victory over his hometown club.