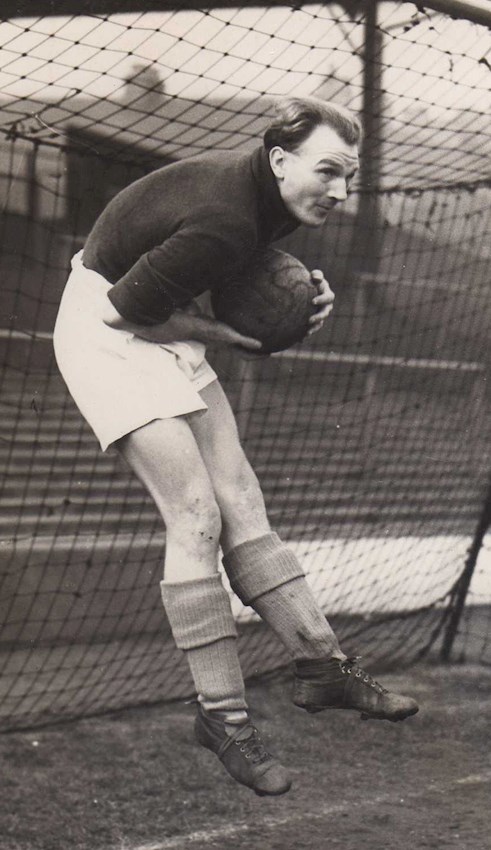 Born in Chapeltown, Harry Hough is probably the greatest Barnsley goalkeeper in history.

He joined the Reds in 1947 but played understudy for the first four years of his time at Oakwell to Irish international Pat Kelly, up until the latter moving on to Crewe Alexandra in 1951.

From there on in, Hough was ever-present for the next eight years, Mr Consistent, he had steady hands, great positional sense, came well for crosses and as well as taking a mean kick he was somewhat of an expert penalty saver. Indeed, in January of 1959 his double penalty save against Rotherham United at Oakwell was talked about for years and years.

Harry was bizarrely dropped by manager Tim Ward after a 3-3 draw against Grimsby Town in February of 1959 and the Reds went on to win only one of the final 13 games, ultimately being relegated. That sadly proved to be his last appearance of 364 for the club as he left for Bradford Park Avenue at the end of the season.

After retirement he opened a sports shop in Barnsley before moving to the East Coast and then returning to Yorkshire and Greetland.