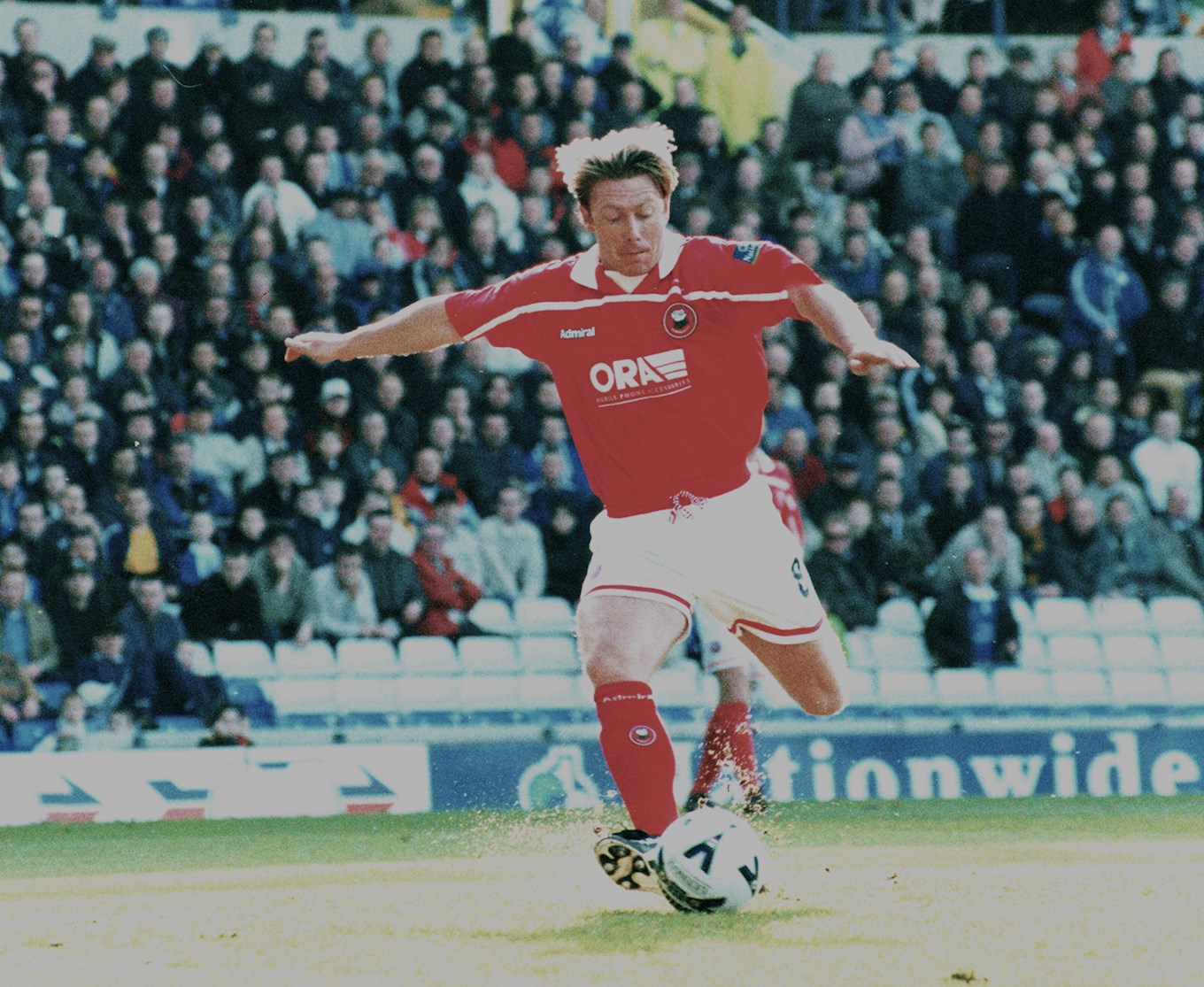 Born in Prescot near Liverpool in 1970, Craig Hignett had spells with both Everton and Liverpool as a teenager. And whilst at Anfield playing reserve football he was offered the chance to join Crewe Alexandra where he would begin to make his name at the start of his career.

From May of 1988 to November of 1992, Hignett would make 121 appearances for Alex scoring an impressive 42 times from midfield, helping the club to two promotions along the way, before Middlesbrough came calling.

He would spend six years on Teesside, and despite scoring 33 goals in 156 Boro appearances, as well as being a huge favourite amongst their fanbase, Hignett fell out of favour under Bryan Robson. With a plethora of continental acquisitions, including big-name Brazilians Juninho and Emerson along with ex-England international Paul Gascoigne, Craig was forced out of the Riverside in search of regular football.

He had been part of two promotions at Boro, as well as playing in two Wembley cup finals. But he’s most remembered by Boro supporters for scoring the first ever goal at Riverside Stadium.

In the summer of 1998 he went north and joined Scottish outfit Aberdeen but after just 13 games and struggling to settle, the talented midfield man was coaxed back to England by former teammate and Reds manager at the time, John Hendrie, joining Barnsley in December of 1998 for just under a million pounds.

His impact was instantaneous. He scored twice on his debut in a 7-1 thrashing of Huddersfield Town and missed a penalty that robbed him of a famous hat-trick.

He was a crowd favourite from day one, his mercurial talents were a throwback to the days of Ronnie Glavin et al. In that first half a season at Oakwell he bagged 14 goals in 29 games including a hat-trick in a 4-1 FA Cup 5th Round victory over Bristol Rovers.

Dave Bassett replaced Hendrie as manager and at the start of the following season it was expected that Hignett would be moved on, as Bassett wasn’t known for picking players who couldn’t play in his 4-4-2 system. But he simply couldn’t ignore the talents of Hignett, whose burst of pace, clever feet and ability to finish clinically from all over the final third were massive as the Reds chased a return to the Premier League.

Despite occasionally dropping him, Bassett eventually built his side around Craig and he rewarded him with 21 goals in 48 league and cup games. His hat-trick against Walsall during that 1999/00 season is something never to be forgotten. With the score locked at 2-2, Hignett received the ball under pressure, out wide, 25 yards from goal, the ball under his feet and proceeded to delicately loft the ball towards goal, it beat the ‘keeper all ends up to cap a superb hat-trick and claim a priceless three points.

After the Reds’ defeat in the playoff final of 2000 to Ipswich Town at Wembley in which Hignett scored, Barnsley had no choice but to cash in on their star player and Blackburn Rovers snapped him up for £2,250,000.

He scored 8 goals in 53 games at Ewood Park, with a League Cup winners medal earned also before brief spells with Coventry and Leicester City, Crewe (on loan) and finally Darlington drew the curtain on a fantastic career.

Hignett has spent time coaching with Middlesbrough and had a brief spell in charge of Hartlepool United whilst regularly returning to Oakwell as a guest of the club. Very much like Ashley Ward and Allan Clarke before him, Hignett's time at Oakwell may have been quite short compared to most shortlisted for the Hall of Fame but his impact was incredible and he'll forever be remembered fondly by Reds supporters.