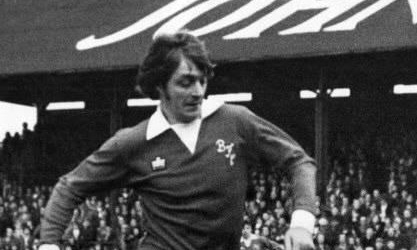 When Leeds United legend Allan Clarke joined the Reds in May of 1978 for £50,000 he became the first player/manager in the club’s history, and it was he who began the process of rejuvenating the club and lifting Barnsley back into the second tier.

He began his football career at Walsall in 1963 and would score 41 goals in 71 appearances before moving to Fulham where his prolific form in front of goal continued, plundering 45 goals for the Cottagers which helped seal him a British transfer record £150,000 move to Leicester City.

After a dozen goals in his one and only year at Filbert Street, Clarke was signed by Leeds in the summer of 1969 and became a club legend over the next nine years at Elland Road. Known as ‘Sniffer’ due to his ability to find an opportunity in the box to score, he would notch 150 goals in 364 games for the Whites, winning several honours along the way - the league title, Fairs Cup and the 1972 FA Cup final in which he scored the winner in a 1-0 triumph over Arsenal at Wembley in front of 100,000 fans.

Capped 19 times by England, he scored 10 goals for his country, including a debut winner against Czechoslovakia at the Mexico World Cup of 1970.

Arriving at Oakwell to much fanfare in 1978, he instantly made his mark on the club, bringing an air of increased professionalism to the place, and scoring 14 goals in his first season as he led the Reds to promotion at the first time of asking.

At the start of the 1980/81 campaign, with just six games played Clarke was on his way back to Leeds as their manager. His time back at Elland Road wasn’t a happy one and after relegation in 1982 he was relieved of his duties.

After a short spell with Scunthorpe United he returned to Oakwell for a second managerial stint, in 1985. He would spend a further four years at the club but with little money at the club’s disposal Barnsley hovered around the lower regions of the division and in November of 1989 his employment was terminated.

A very brief stay at Lincoln City was the last bookmark of an illustrious career on and off the pitch. It’s difficult to think of many to represent the club who made such a huge and lasting impact on the football club and its town.