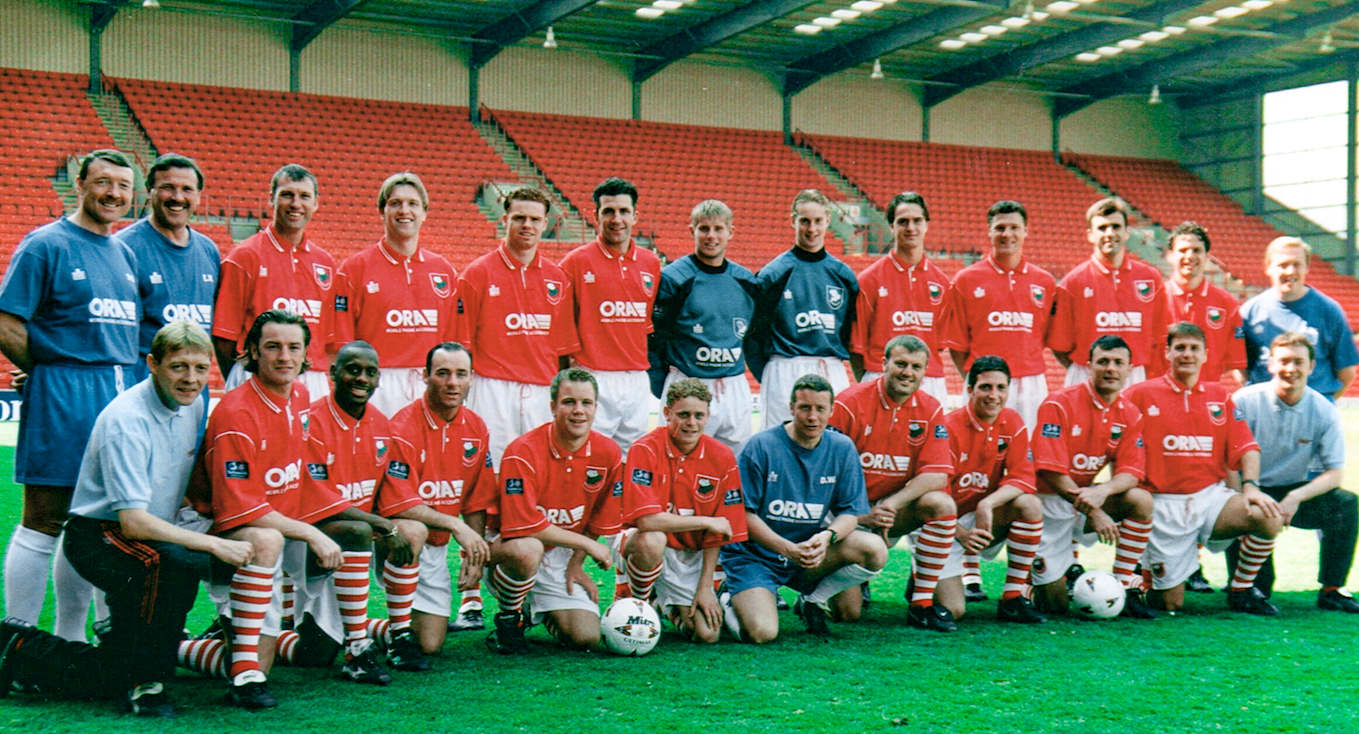 The first - and to date, the only - Barnsley Football Club squad to earn promotion to the top flight of English football, and they did so with their own unique brand of football, winning not just matches, but the hearts and minds of not only the Barnsley public, but of their many admirers nationwide.

Led by their 36-year-old manager, the youthful and enthusiastic nature of Danny Wilson rubbed off on a group of players who came from a variety of backgrounds with between little and plenty of experience. In amongst the squad were local lads, once stood on the terraces, they were now playing in front of their pals 'on' Oakwell and would become history makers. Little old Barnsley were about to hit the big time.

Shrewd investments came in the shape of wily veterans, some astute recruitment from overseas. Wilson had a Barnsley legend alongside him, and they would embark upon what is still regarded - and quite rightly so - as the greatest season in our history.

There were around 9,000 supporters in attendance for the Reds' first home game of that glorious campaign, for a Yorkshire Derby clash with Huddersfield Town in the Barnsley sunshine. Nine months or so later, and the attendance was around 19,000 for the final Reds home game of the season, another Yorkshire Derby, as Bradford City were seen off in the Barnsley rain to seal a 110-year wait for top-flight status.

The greatest team of all time, some might say. Heroes one and all. And members of the Oakwell Hall Of Fame.