With over 130 years of history and hundreds upon hundreds of players and staff to have represented Barnsley FC, it was always going to be a mammoth task in deciding who deserved to be included in 2018's initial shortlist of 25 to put to supporters for voting on. And so it was agreed that a shortlist panel would be formed - a committee of individuals with a Barnsley FC persuasion who would argue, debate and eventually decide upon the final 25 names shortlisted for the inaugural 2018 awards.

So, who sat on the shortlist panel, and why?

Representing Barnsley Football Club's board of directors, Robert is Finance Director at Oakwell and is a lifelong Reds supporter, having first attended games in the late 1980's before his career in accountancy eventually brought him to his dream job, working for the club he supported. A big advocate of the introduction of the Oakwell Hall Of Fame, Robert was delighted to join the panel.

The official historian of Barnsley Football Club, David has probably forgotten more than most of us know about the Reds. A successful author of several Barnsley FC related books, David brings an enormous wealth of knowledge to the panel and played a key role in helping the club pull together the history and statistics surrounding the players and staff shortlisted in the Oakwell Hall Of Fame.

Another Barnsley Football Club historian, Grenville has himself seen many of his Barnsley FC books published over many years, often working closely in tandem with David Wood, and having followed his beloved Reds for over 60 years, his knowledge regarding the formative years of the club were hugely important to the club in making the Oakwell Hall Of Fame come to pass.

Needing little introduction to Reds supporters, Bobby was one of the club's most loyal servants, spending 10 years at Oakwell as a player, and since 2015 he's worked at the club as Academy Manager. With excellent knowledge of the club on different levels, Bobby offers the club a unique perspective to the panel's debates and was proud to play his part in putting together the shortlist.

As Sports Editor of the Barnsley Chronicle, the town's leading weekly newspaper, Doug reports on Barnsley FC matches home and away as well as attending pre and post-match press conferences. As with all journalists, Doug is tasked with reporting the facts and it was felt that a more neutral voice was needed on the panel, albeit one who spends so much time around the club.

Representing the Barnsley Football Club Supporters Trust, Paul has supported the Reds all of his life, and dedicates much of his free time to the club in various ways. One of the volunteers who helps to run Redfearn's Bar on matchdays, Paul was proud to be invited onto the panel to give not only the Trust a voice, but supporters in general.

The club felt it only right that a supporter was invited onto the panel, and we were delighted when Andrew agreed to take part and join in the debate ahead of compiling the 25-name shortlist. A season ticket holder for many years, Andrew follows the Reds up and down the country, is a prominent voice on social media and his input on the panel was invaluable, from a pure fan perspective. 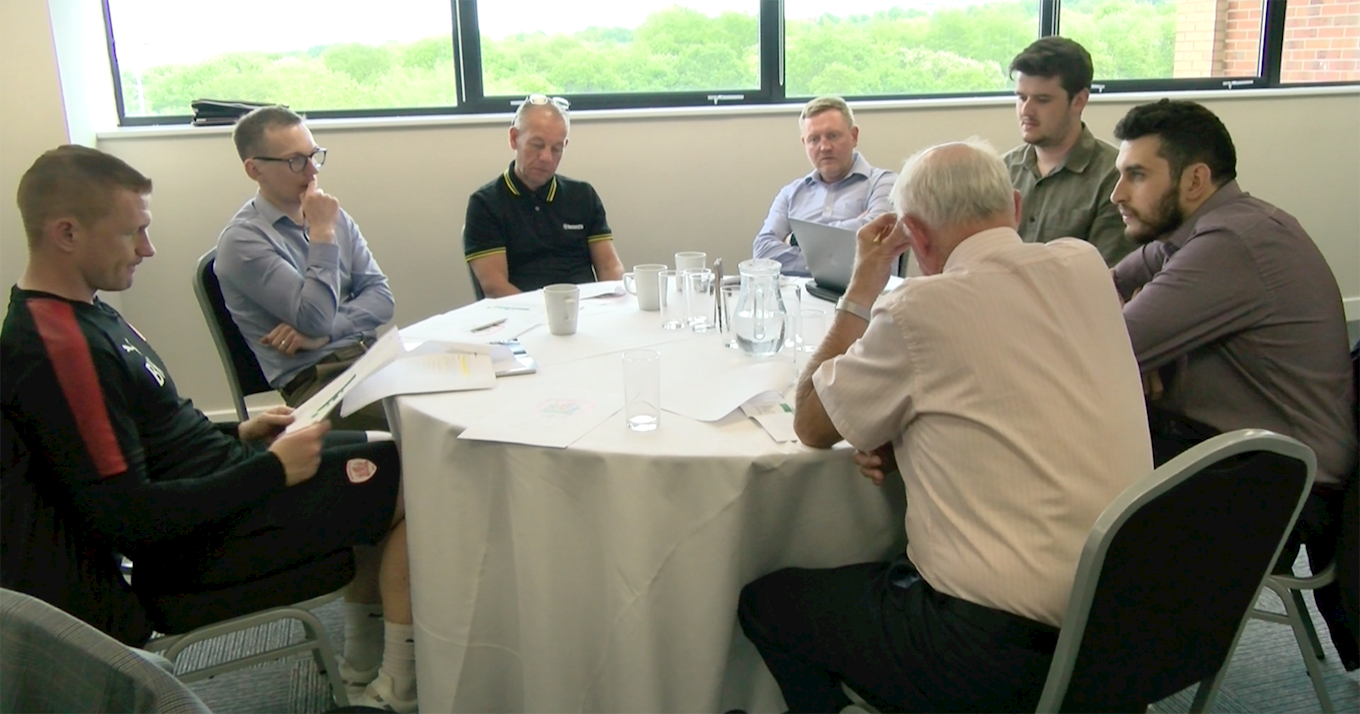 Over the summer of 2018, the Shortlist Panel met and discussed the best way to move forward with the Oakwell Hall Of Fame. Working alongside the club's Media & Marketing team, the Commercial department and Oakwell Events, the planning and hours put into bringing this idea to life culminated in the toughest decision and that was picking just 25 names from 131 years of history to form the initial shortlist.

Picking five individuals from five separate eras was universally agreed upon as being the fairest way to cover all 131 years of Barnsley Football Club.

From the Pioneers, through the War Years, right up to the heroes of Modern Day, these were select individuals who have made their mark on the club in a number of ways and names that are forever associated with Barnsley FC.